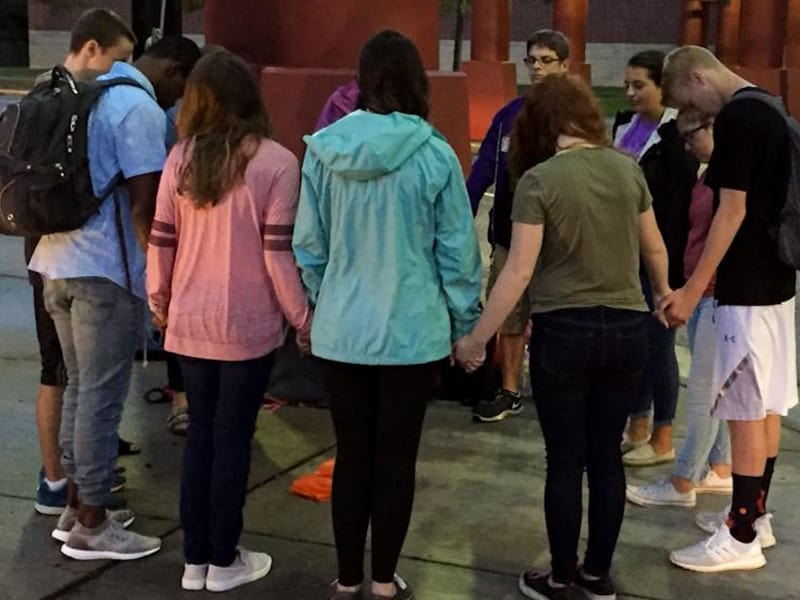 College Students Across The U.S. Unite In Prayer

College students across the United States united in a nationwide day of prayer on February 27, 2020.

The nationwide day of prayer was part of the annual Collegiate Day of Prayer (CDOP). Each student who participates chooses a particular campus to “adopt” in prayer. They then spend the day lifting up higher education institutes across the U.S. in prayer.

“As the students go, so goes our nation,” CDOP wrote on their website. “If we win the spiritual battles across our nation but neglect our college campuses, all our progress will be undone in a generation. Therefore, students, today need our support and earnest prayers.”

“However, college students don’t just need more prayer, they need our UNITED prayer,” they emphasized. “Without a greater degree of genuine, unified prayer, our hopes and dreams for this generation may never be realized. According to Matthew 18:18-20, the greater the number united in faith and prayer, the easier the battle for this generation can be won. Just as a team of horses can move a heavy load faster and easier together, so our greatest barriers can be better overcome through united prayer.”

Over 2,800 campus ministries, Churches and individuals signed up to pray. This group covered over 2,320 campuses in prayer! It is such heartwarming to see young individuals unite for a mission, to bless this generation.

“This kind of unified prayer is usually born out of a sense of urgency and need,” CDOP wrote in their website. “In times of great need, men are willing to lay aside their differences so they can find a sure path to safety and blessing. For the Church, that path is united prayer.”

Read also: Actor Who Portrays Jesus In ‘The Chosen’ Reveals The Power Behind The Hit Series