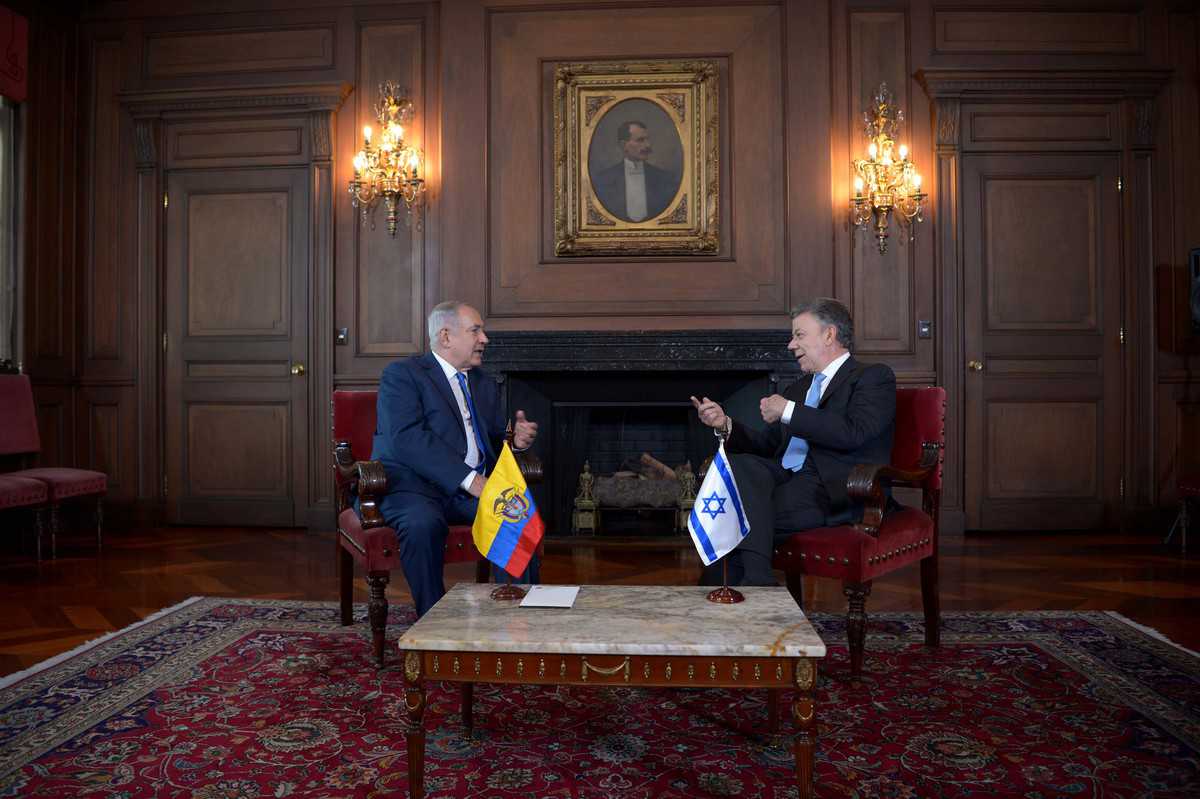 The Israeli embassy in Bogotá, Colombia criticised the government’s decision to grant formal recognition to a Palestinian state and said the move contradicted the good relations between the two countries. The embassy stressed that as a friendly government, Jerusalem would have expected to have been forewarned of a dramatic policy shift.

“This decision is in complete contradiction to the good relations between Israel and Colombia, and the close ties between the prime minister (Netanyahu) and the new president of Colombia, Iván Duque… When we have a good relationship, we expect to be warned about decisions like this or changes in policy, so we were very surprised,” the embassy wrote in a statement.

Despite the back-and-forth policy, a local Spanish-language commentator on Latin American and Israeli affairs said the decision would have little impact, either on bilateral ties or on the international level.

“I don’t believe this decision will not have any implications on relations with Israel,” said Dr. Gustavo D. Perednik, a native of Buenos Aires, Argentina and the author of 15 books on Israel, Latin America and Jewish philosophy. “The new government is very friendly with Israel so it doesn’t really matter what the outgoing president said. Colombia will even probably move their embassy to Jerusalem, if Duque is asked to by President Trump.”

On a regional level, too, Perednik said the policy is not likely to signify a wide-spread policy shift. He noted that Bogotá was one of the last Latin American countries to recognise a Palestinian state, but added that Netanyahu’s trip to South and Central America last year was both the result of improving diplomatic and economic ties in recent years and contributed to continued expansion.

Last week Prime Minister Binyamin Netanyahu cancelled a scheduled trip to Colombia at the last minute, saying he wanted to oversee developments in the south in real time, particularly the visit of Saleh al-Arouri, the founding commander of Hamas’ Izz al-Din al-Qassam Brigades armed wing who is believed to be the organization’s commander in Judea and Samaria. The premier had been scheduled to attend the inauguration of incoming President Iván Duque and to hold meetings with several Latin American leaders. 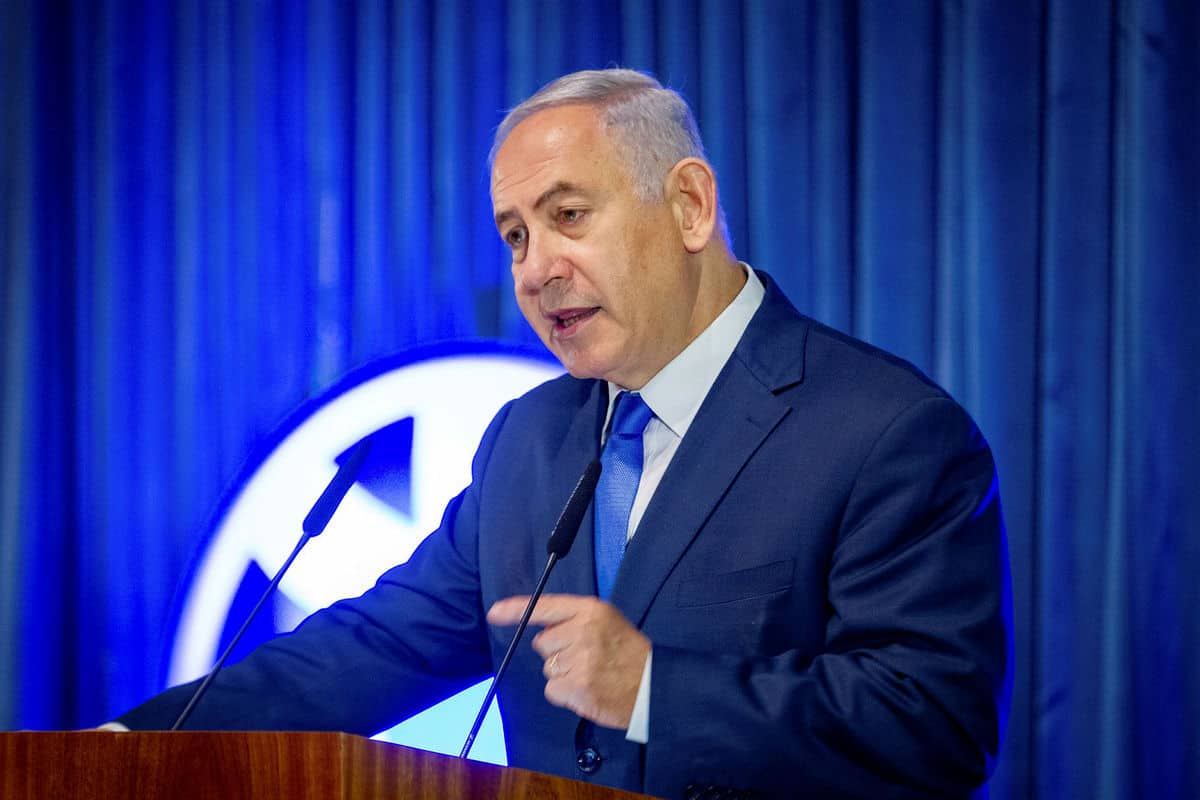 Prime Minister Binyamin Netanyahu has canceled a scheduled trip to Colombia in order to oversee developments in Israel’s south, the prime minister’s office reported Thursday. The premier had been scheduled to attend the inauguration of incoming Colombian President Iván Duque and to hold meetings with several Latin American leaders.

The decision comes amidst reports that Netanyahu wants to monitor the visit of Saleh al-Arouri, the founding commander of Hamas’ Izz al-Din al-Qassam Brigades armed wing who is believed to be the organization’s commander in Judea and Samaria. Al-Arouri will travel to Gaza in the coming days reportedly to participate in Egyptian-sponsored talks to cover a range of Gaza issues, including a ceasefire agreement with Israel and a reconciliation deal with the Ramallah-based Palestinian Authority.

Netanyahu’s announcement also followed an announcement by Defense Minister Avigdor Lieberman that Israel would begin targeting Palestinian leaders who instruct young people to launch arson kites at Gaza Belt communities, rather than at the launchers themselves.

“We have to hit those who give the orders to launch the balloons, not the underlings who do the actual launching,” Liberman said Thursday morning during a tour of air defense systems in the north of the country.

Liberman also said that last week Hamas leaders ordered Gazans, including children, to launch balloons from populated homes and announced he would reinstitute a ban on fuel and gas being transferred into Gaza through the Kerem Shalom border crossing until further notice.

“The decision was made in light of the recent balloon and kite terrorist attacks,” Liberman said in a statement Wednesday.

“The residents of Gaza must understand that as long as there are incendiary balloons on our side and fires, their life will not return to normal,” he said.

Some 600 kites have been launched at Israel since late April, causing 198 separate brush fires and burning about 2,200 acres of forest and farmland in the Gaza Belt region.

Referring to the tensions on the northern border, Lieberman also said that Israel is ready for every possible development

“We are prepared, ready and at the moment of truth, we will show what we’ve got. We will not make any concessions on our security interests,” he said.

Referring to the return of Syrian forces loyal to President Bashar al-Assad army to the Syrian Golan Heights, near the border with Israel, Liberman underlined that Israel will maintain a policy of non-interference in the internal affairs of Syria.

“As far as we are concerned, the situation has reverted to the way it was before the (Syrian) civil war. I think that is in Assad’s interest (to keep the border quite); I have made clear that we will not compromise our security interests but also that we  have no intention of intervening in their internal affairs if we do not need to.”