BREAKING
Israel-led Team Solves Mystery Why Lightning Strikes Fewer Times Over The Ocean...
Tourism In The Holy Land Is Soaring Back Up To Pre-Pandemic Highs
Lapid Speaks Directly To Palestinians—Offers Them “Another Way” Out Of The Ongoing...
Home Tags Posts tagged with "Colorado shooting"
Tag: 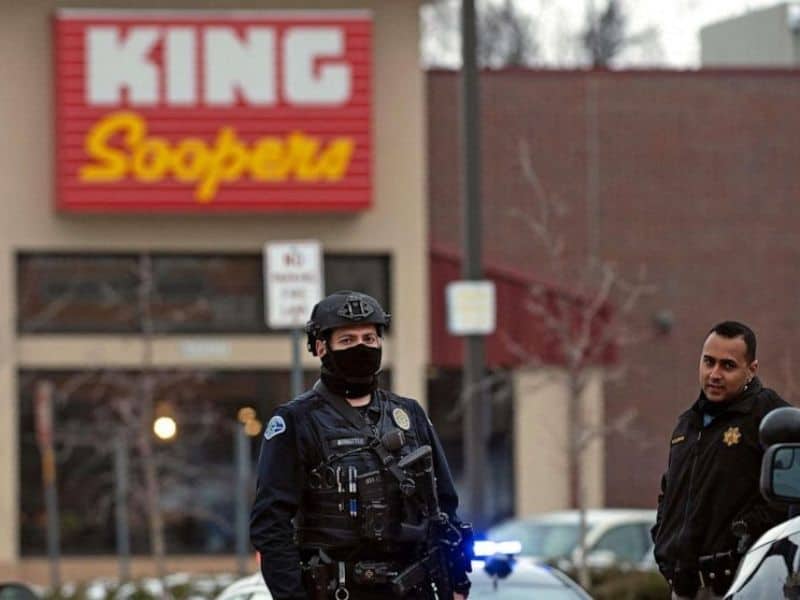 A police officer is one of the ten victims who were killed in a Colorado shooting last Monday afternoon.

In a grocery store in Boulder, Colorado, shoppers ran for their lives as a gunman entered unexpectedly and opened fire. According to the reports, the shooting started in the parking lot at King Soopers and eventually, inside the supermarket.

Andy Arellano, an employee at King Soopers, recalled the terror they felt. “We were like sitting ducks, you know,” he said. “And that’s one thing that I’m reliving it and looking at it in my head.”

Police responded minutes after and exchanged fire with the suspect. They successfully detained the shooter, but there were already 10 casualties.

One of them was a beloved officer of the town. Eric Talley, 51 years old, served in the Police Department for 11 years.

Police Chief Marris Herold said in a statement, “We know of 10 fatalities at the scene, including one of our Boulder PD officers by the name of Eric Talley, who has been on the Boulder Police Department since 2010.”

She commended Eric’s heroic actions and expressed consolation for the loss.

Eric, a father of seven, loved his community. “Above all else, he loved his family and his Lord Jesus Christ,” Eric’s father, Homer, said.

Meanwhile, friends and residents remembered Eric for his devotion and compassion. Jeremy Herko, one of Eric’s friends, shared his memory with the late officer on Facebook.

“He was a devout Christian,” he said. “He had to buy a 15-passenger van to haul all his kids around, and he was the nicest guy in the world.”

“I’ve known him since we went to the academy together, and we talked all the time. Please keep his wife and kids in your thoughts.”

A woman lights 10 candles outside the @boulderpolice department in honor of Officer Eric Talley and the 9 other shooting victims who lost their lives yesterday. #Boulder pic.twitter.com/zcuYv0kYSv

In the same way, let us pray for the families grieved over the loss of their loved ones.