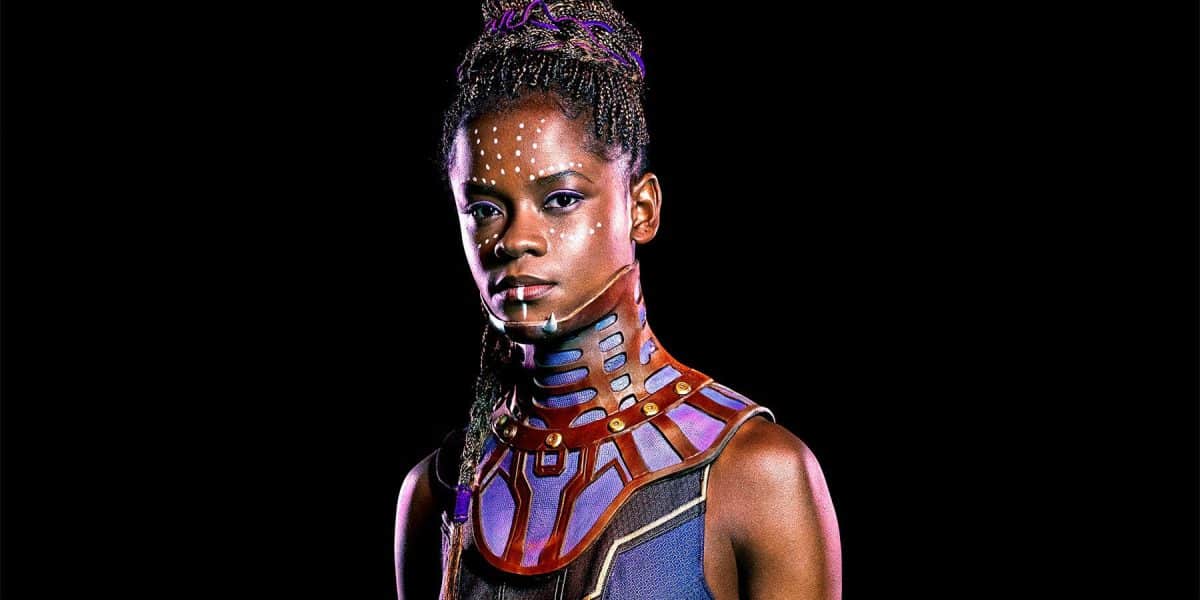 If you live anywhere besides under a rock then you may have heard how successful Black Panther has been at the box office. In fact, it has already topped $1.2 billion dollars in sales (Source). It really is that good – I can attest, my husband ‘forced’ me to see it and I was mesmerised.

Letitia Wright starred as Shuri (the Black Panther’s little sister) and recently spoke about a call to surrender earthly things for Christ.

In an interview on British Talk Show ‘This Morning’ Letitia makes it clear where she stands with God. “I became a Christian and it gave me so much love and light within myself.”

But one of the hardest things to do as a Christian is to surrender all of yourself to Christ. Some of us have heard this all of our lives and yet we still struggle to relinquish certain (or all) aspects of control. We still lose sight of our calling: She admits, “I just needed to take a break from acting because I really idolized it.”

But her step out in faith totally transformed her life. “ I felt secure. I felt like I didn’t need validation from anyone else or from getting a part. My happiness wasn’t dependent on that. It was dependent on my relationship with God.”

Like Letitia, we each have our own call to surrender and we can admire her example to give up earthly things for Christ. In the interview, Letitia is quoted saying that once she rediscovered Jesus and reignited her faith she had to take a step back as an actress.  She had to face ‘surrender’ head on and that meant saying ‘no’ to other roles and opportunities and listening to God’s voice.

Saying ‘no’ to good things is never easy. It takes a lot of patience, trust, and discipline. But it is always rewarded. She said that after she took time away from acting and turned down work, God delivered. It was then that she landed her biggest film yet: Black Panther.

Saying ‘no’ or ‘maybe later’ to good things looks different to everyone. I am far from Letitia’s life in Hollywood and the limelight. I am a 33-year-old mom of three little boys (aged 4.5, 3, and 1). While I’m not having to turn down roles from Steven Spielberg or Wes Anderson in order to hear God’s Voice, I am having to take time to find peace, and quiet and hear the still small voice of the Lord.

My ‘surrender’ isn’t always a big production, but it’s often everyday tasks or luxuries that become routine but keep me from fully seeking the Lord. I have given up a lot to serve the Lord, but He always gives me back so much more.

Right before I got pregnant I got my Master’s degree in Social Work. Then I got pregnant. I have yet to use it. I have given up that second income and career to stay home with my children. In return He has given me three lives to mold, love, teach, and learn from.

Maybe you’re not a movie star.  Maybe you’re not a parent either.  Maybe you don’t know where to start? Look at the things that keep asking you to say ‘yes’. Your phone? Worry? Control? Comparison? Social media? Complaining? What do you need to say ‘no’ to in order to surrender yourself to the Lord and truly hear His voice?  It won’t be easy, but it will be worth it.

This article was written by Joanna Flavin, a staff writer at GOD TV.