BREAKING
Jewish Woman Suffering Severe Pain Gets Healed Encountering Yeshua In A Dream
“Laverne And Shirley” Star, Cindy Williams, Talks About Her Faith And Belief...
“If God Allows One Door To Close, He Got A Better One,”...
Home Tags Posts tagged with "commitment"
Tag: 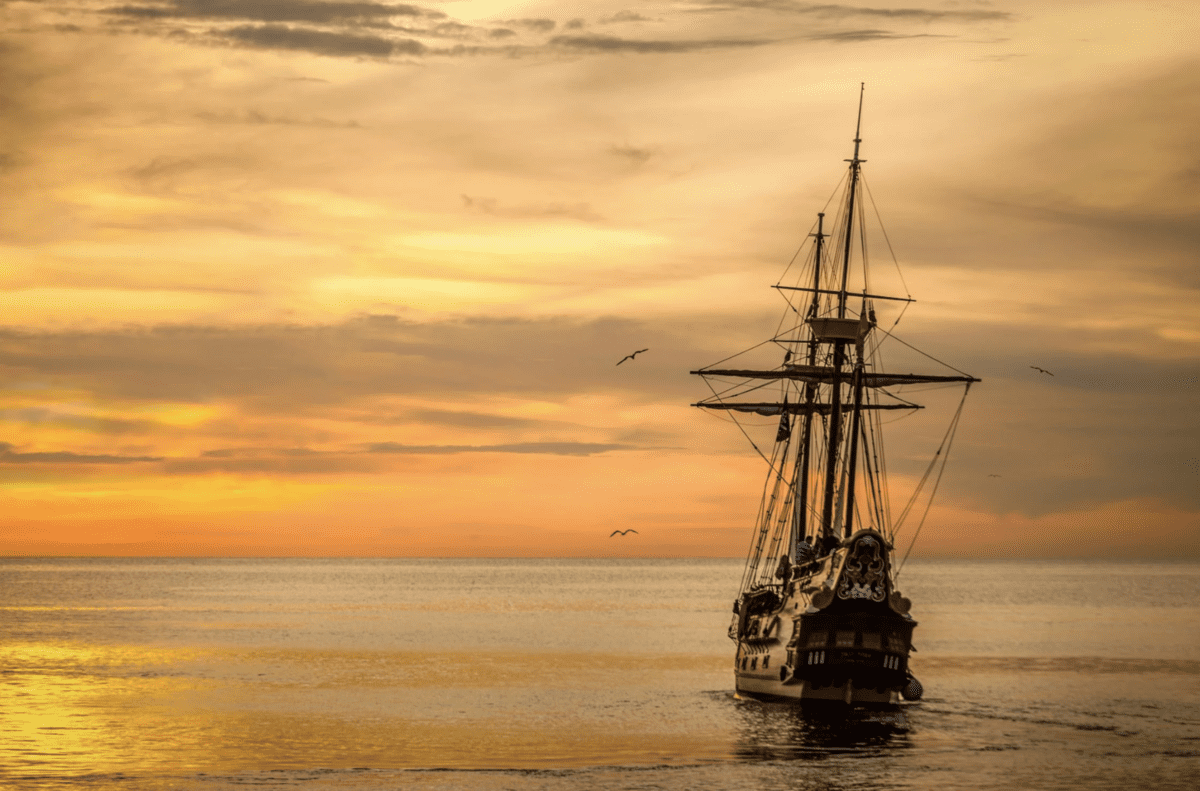 What If We Didn’t Retreat?

“If you want to take the island, burn the boats”, words spoken by Julius Caesar more than 2,000 years ago. “Take the island” means CONQUER. There is a high price to pay for taking the island, particularly if you burn your own exit so you can not possibly leave. It is the concept of leaving yourself NO other option – it is the essence of Queen Esther’s words, “…and so will I go in unto the king, which is not according to the law: and if I perish, I perish.” (Esther 4:16) I am going forward at all costs in the face of danger, which means I am leaving myself at the point of no return – it means I can’t retreat.

I can only imagine that Caesar’s men thought he had lost his collective mind when he told them to burn each and every ship they had just sailed in. It was a clear visual to all watching that there would be NO going back, an all or nothing venture at hand. They were there to war with the Celts and leaving ships in the harbor was leaving a way of escape in their moments of imminent fear and weakness to retreat. I am guessing that Caesar KNEW they would be scared enough to run, so he took away their only way out. Really, he had brought them to a new level of commitment – that giving your all, or die moment.

Jesus had the same message for His followers. “But Jesus said to him, No one having put his hand to the plow and looking back, is fit for the kingdom of God.” (Luke 9:62) Looking back did NOT fare well for Lot’s wife. Her cautionary story is enough to shake us up! (pun intended) When you move forward, there will be times that you absolutely must NOT look back.

Sure, there are definitely times TO look back – to figure out what went wrong, to assess the past in order to plan the future, to fix broken places – of course. BUT there will be seasons when life will require you to burn your ships in order TO move forward. “ Let your eyes look directly forward, and your gaze be straight before you.” (Proverbs 4:25)

What if though?! What would humanity look like if we gave this life journey our all, holding nothing back – scared yes, but doing it anyway. What if we didn’t retreat? What if we fought through to the death? Not a physical death generally, but a death to self – to pride, to fear, to all the things that hold us down and hold us back. What if we gave all? “The Lord our God said to us in Horeb, you have stayed long enough at this mountain.” (Deuteronomy 1:6) Or, in this harbor!

What if God is calling us at this hour in history to burn the ships in order to take out enemies in our own lives that need to be conquered! We would send a strong signal to the enemies of our soul that we would push back; that we would NOT run; that against all odds we would hold fast. You don’t think they would panic and be the ones to run themselves? NOTHING is more intimidating than a person who will NOT back down. It is the sign of a true warrior. There is also a personal power rush (of the good kind/not narcissistic) when we know that we know that we KNOW that no way/no how are we going to quit or stop or retreat. NO. Nope. Not gonna happen. No thief can steal that kind of soul commitment from you.

IN IT TO WIN IT

“But I do not account my life of any value nor as precious to myself, if only I may finish my course and the ministry that I received from the Lord Jesus, to testify to the gospel of the grace of God.” (Acts 20:24) THIS is when you realize you would die for what you live for, when the two interlock (lock in place) simultaneously and cannot be undone. THIS is the strength of a true soldier, fighting on life’s battlefield. And, winning. “In it to win it.” But it has to look like something. It can’t be just another check on a to-do list. It has to be the real deal – you MUST burn the ships. Only YOU know what those look like in your own life. I know mine.

I see a trip to the harbor in my near future, with a lighter. I am personally tired of being yanked away by laughing, jeering enemies who call out my weakness and my fear. I am going to use this against them – like a “WATCH ME” now! You think I can’t? I WILL. And, like Queen Esther let our mantra be – “If I perish, I perish.” But I will NOT run. I will NOT retreat. 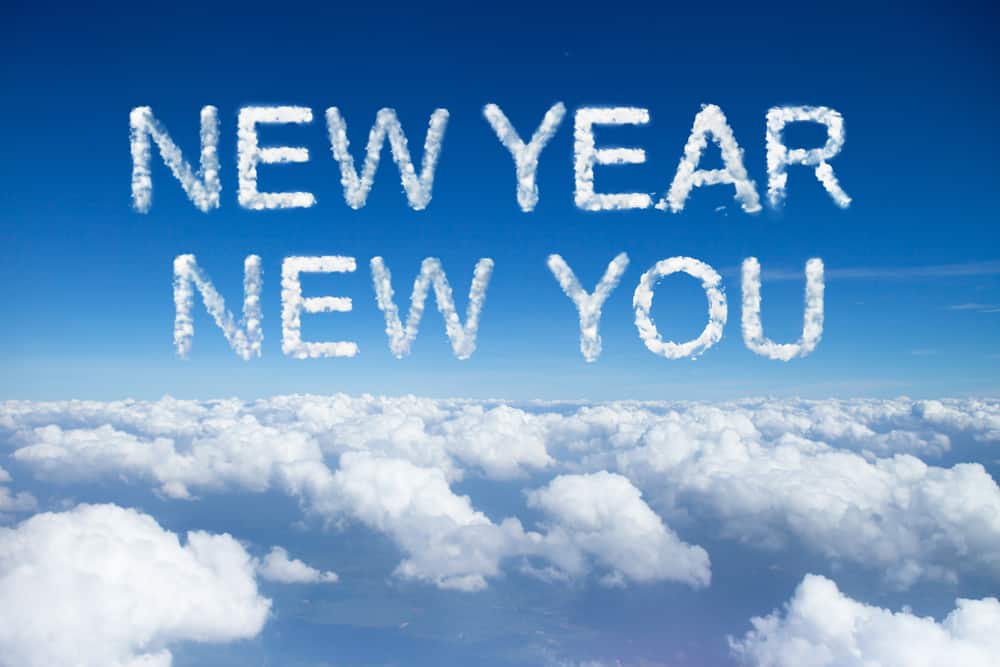 The Secret to Unlocking God’s Favor in Your Life: Holy Resolutions

It’s that time of year, as one year ends and another begins. What better time to make some resolutions for change? Webster defines resolutions as the mental state or quality of being resolved or resolute.  It’s predetermining a course of action before you get there. Any lasting change you want to achieve has to start by being prepared mentally and setting goals on what you want to achieve. And then you have to have a made up mind that you are going to get there. This year I challenge you to fully commit your goals or resolutions to God!

Daniel Resolved to be Holy

While reading the Bible, I came across a perfect example of being resolute in the book of Daniel. “…Daniel purposed in his heart that he would not defile himself…” (Daniel 1:8).  Early in our journey of meeting Daniel and learning about his life, we see this important resolution.  Long before becoming a successful politician and leader for his time, Daniel purposed or committed to be holy.

He predetermined to keep God first and not allow anything that would defile him in his life. Daniel refused to allow even the smallest of worldly conveniences to come between him and his God.  He took the initial step of consecrating himself to a life of holiness and left the results to God.  Billy Graham said it like this,”Our job in life is not to be successful, but to be faithful.”

Holiness Keeps us Close to God

Perhaps Daniel had read in the book of Deuteronomy that “…God walks in the midst of your camp, …therefore your camp shall be holy, that He may see no unclean thing among you, and turn away from you” (Deuteronomy 23:14).  What a powerful picture for the believer!  We can know that our God is always with us.  Just as He walked with Adam and Eve in the garden, He walks with us.   Just as He walked in the midst of the Israelite camps, He walks with us.

God desires to be as close to us as possible and draws as near as we allow. The only thing that can cause Him to turn away is if we allow unclean things in our home.  The start of a new year is the perfect time for a house cleaning.  Ask God to reveal any unclean thing you need to get out of your house and then do so.

God’s Favor Shines on Those Who Please Him

As a result of his commitment to holiness, Daniel was given tremendous favor throughout his lifetime.  Further, the favor impacted multiple areas of his life.  He was given bodily health and vitality (Daniel 1:15).  God also gave Daniel knowledge and skills, along with the supernatural gift of interpretating dreams and visions (Daniel 1:17).

In addition, the king Daniel served under gave him gifts, rewards and great honor (Daniel 2:6).  I personally believe all of these examples of favor stem from Daniel’s initial resolutions to remain holy in the sight of God.  Living a life of holiness will put you in proximity to God and as a result His favor will flow in all areas of your life.

In conclusion my thoughts turn to a 58-story luxury condo building in San Francisco that has been in the news. The skyscraper is sinking and tilting.  Residents are concerned for their safety.  The foundation was poured and pilings driven into sand but not to bedrock.  Whether that is the culprit or not is being vigorously debated and litigated.  Condos have flooded the market for resale. Many residents have lost money taking what offers they can get to get out of the building.

Regardless of what the builders purposed when planning the building, time will tell if the foundation is strong enough to support the building or not.  Build the foundation of your faith upon the bedrock of holiness and you will see God’s favor on your life. As Edward Mote penned over two hundred years ago, “On Christ the solid rock I stand, all other ground is sinking sand.”