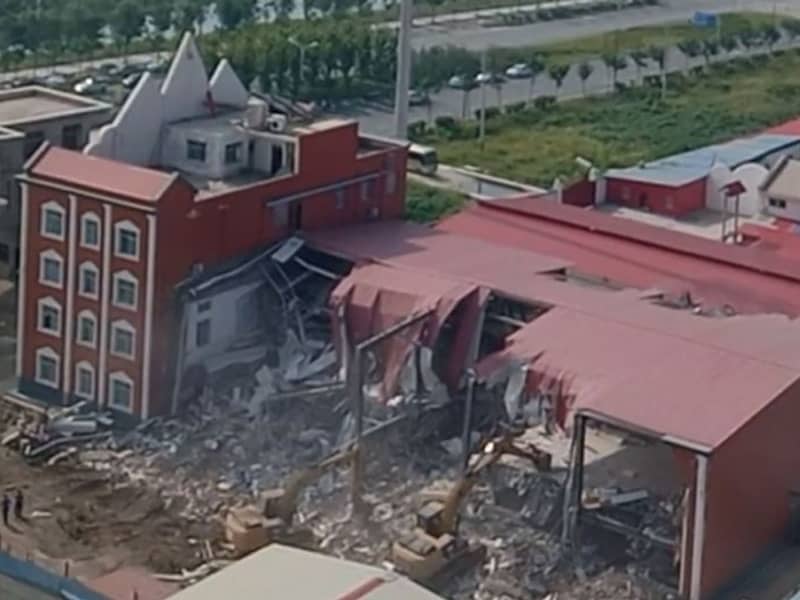 The True Jesus Church, despite being a state-recognized church, was suddenly considered illegal by the Chinese Communist Party (CPP). Last June, 200 members of the church were surprised by a raid where they were forced to vacate the building. The director of the Religious Affairs Bureau stated that the church was involved in “illegal fundraising”. They also declared the church as an “illegal building”.

On July 26 this year, approximately one thousand Chinese authorities and police officers conducted a raid at the church in the province of Henan. They forcibly removed all church members in the building. Two elders were injured in the raid and were taken to the hospital. Once all the parishioners were removed, the Chinese authorities demolished the $1.4 million building.

The persecution of this “state-recognized” church is an attempt to discourage other believers to openly display their faith in this communist country.

“One thousand people in the church, trying to defend their rights recognized by the state, removed and attacked in such a way, it’s really something that is kind of nightmare, and it doesn’t point to nothing nice for believers,” Respinti, director-in-charge of Bitter Winter, said. “We think this is the beginning of the last step by the CCP in persecuting minorities and religious groups.”

The new regulations on faith, passed in 2018, have made things worse for anyone who is not devoted solely to the Communist party or an atheist.

The persecution of the minorities and believers of Christ in China is becoming more rampant and worse. Let us pray for our brothers and sisters in this Communist nation and that the government authorities may encounter the Truth, Jesus Christ.