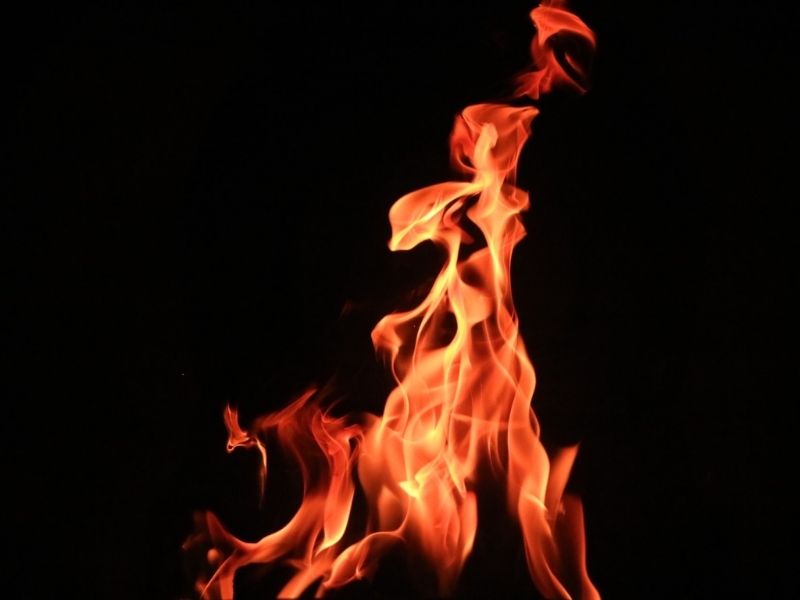 God Is A Consuming Fire Or In Hebrew, ‘Akal Esh’

God has revealed Himself as a consuming fire in the Scriptures. True enough, He has manifested in fire and consumes anyone in His Presence. Does this mean that we cannot safely approach Him? What does ‘consume’ mean in Hebrew that will give us a deeper understanding of God?

God’s description as a consuming fire appeared in Deuteronomy 4:23-24, where He told Moses to warn Israel about the sin of idolatry. Consuming fire in Hebrew is ‘Akal esh.’ Akal is spelled Aleph, Kaf, and Lamed.

Aleph has a picture meaning of a strong leader, or God the Father. Kaf means to cover or allow. And Lamed means to control, or having authority. Based on the pictographic meaning of Akal, it shows that God the Father is exercising His authority by allowing or not allowing.

Moreover, Esh or fire is spelled with Aleph and Sheen. Sheen has a picture meaning of consume or press.

In Leviticus 1:2, we see an example of what happens when we disobey God. The passage shows Nadab and Abihu being consumed by the fire of God because of their disobedience.

At the same time, God’s fire is portrayed as a refiner’s fire to those who follow Him. Job 23:10 says, “He knows the way I take; when He has tried me, I shall come forth as gold.”

God’s fire will certainly consume those who obey and not. But, favor is shown to those whose hearts follow Him because His fire will only burn away the impurities and dross in their lives.