BREAKING
Israel-led Team Solves Mystery Why Lightning Strikes Fewer Times Over The Ocean...
Tourism In The Holy Land Is Soaring Back Up To Pre-Pandemic Highs
Lapid Speaks Directly To Palestinians—Offers Them “Another Way” Out Of The Ongoing...
Home Tags Posts tagged with "Cost of Discipleship"
Tag: 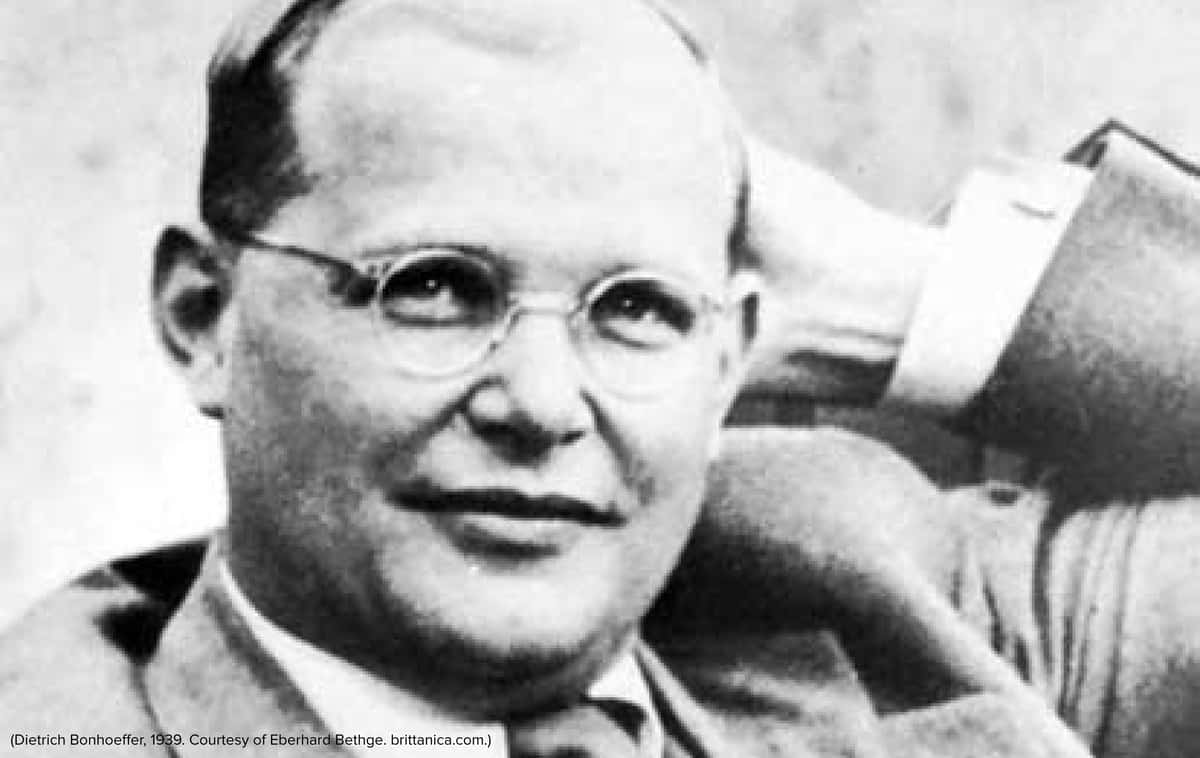 Heroes of the Faith: Dietrich Bonhoeffer

Dietrich Bonhoeffer, executed for his long-standing opposition to Hitler, is one of the great Christian heroes of the twentieth century.

Bonhoeffer was born in 1906 to an aristocratic German family. Evidently gifted, he chose to study theology, graduating with a doctorate at the age of twenty-one. In the first of what were to be many international links he worked for two years with a German congregation in Barcelona. He then went to the United States to study for a year at a liberal theological college that he found shallow and uninspiring. He was, however, impressed by the African-American churches he worshipped at, appreciating the congregations’ zeal and sympathising with the social injustices they endured.

Bonhoeffer returned to Germany in 1931, lecturing and pastoring a church. Horrified by the rise of the Nazis he spoke out publicly against Hitler from the moment he became Chancellor in 1933. His was not a popular view: many German Christians, encouraged by Hitler’s manipulative use of Christian language, saw him as the nation’s saviour.

Bonhoeffer found himself part of the resistance against Nazism. He spoke against the persecution of the Jews and when Hitler demanded a church that swore loyalty to him, Bonhoeffer helped create the Confessing Church which declared that its head was Christ not the Führer. Bonhoeffer gained only limited support and, disillusioned, he went to pastor two German-speaking churches in London. There, watching with alarm the direction Germany was taking, he made important friendships with British church leaders.

Returning to Germany, Bonhoeffer was soon denounced as a pacifist and an enemy of the state. In 1937 he became involved in the secret training of pastors for the Confessing Church. He also wrote one of his most important books, The Cost of Discipleship, in which he rebuked shallow Christianity that he termed cheap grace: ‘the preaching of forgiveness without requiring repentance, baptism without church discipline, communion without confession . . . Cheap grace is grace without discipleship, grace without the cross, grace without Jesus Christ, living and incarnate.’ It is a warning that continues to be valid today.

With war looming, Bonhoeffer, committed to peace and refusing to swear allegiance to Hitler, realised that he could be executed. An opportunity to escape conscription appeared with an invitation to teach in the USA. Bonhoeffer left in June 1939, yet once in the States he realised that he could not be absent from his own country at a time of war and within two weeks took the boat back to Germany.

When war did break out, Bonhoeffer found himself drawn into the circle of those patriotic Germans who sought to overthrow Hitler. In order to escape conscription he joined the German military intelligence agency, a body which included many who were opposed to Hitler. On paper his task was to use his many international church links to advise the military, but in reality he used them to try to find support for the German resistance.

As the war went on Bonhoeffer found himself on the edges of various plots to assassinate Hitler. Increasingly aware of the horrors the Third Reich was unleashing, he found himself reluctantly concluding that the assassination of Hitler would be the lesser of evils.

In 1943 Bonhoeffer became engaged to Maria von Wedemeyer but shortly afterwards his role in helping Jews escape to Switzerland was uncovered by the Gestapo and he was arrested. At first he was able to write and receive visitors who supplied him with books and took away his writings; many of these were incorporated into another classic book, Letters and Papers from Prison.

In July 1944 Bonhoeffer’s imprisonment became more severe and he was sent to Buchenwald concentration camp. The accounts we have of him at this time describe him as a man of peace, full of grace and kindness and occupied in pastoring and counselling those about him.

In the spring of 1945 Bonhoeffer’s name was linked with an old plot against Hitler and his execution ordered. He was hanged on 9th April 1945, just two weeks before the camp was liberated. His last recorded words were, ‘This is the end – for me the beginning of life.’

I find at least four striking things in the faith of Dietrich Bonhoeffer.

First, his faith was displayed in doing. Bonhoeffer could have stayed an academic theologian quietly writing. Instead, he insisted that Christianity had to be lived out and to be a disciple of Christ was to do something. Beliefs must have consequences: whether it was to work for good or against evil. Bonhoeffer was no armchair Christian and we shouldn’t be either.

Second, his faith was displayed in daring. One of the first German Christians to denounce Hitler, Bonhoeffer worked against Nazism for twelve years, knowing that at any moment he could be – as ultimately he was – arrested, imprisoned and killed. It’s particularly hard not to be impressed by how, having made the safety of New York in 1939, Bonhoeffer then took the boat back to Germany. We could do with a lot more daring today.

Third, his faith was displayed in defying. Faced with a threatening government and a church that remained silent, Bonhoeffer spoke out boldly against both. There are times when we, too, need to stand up and speak boldly.

Finally, and it’s uncomfortable, Bonhoeffer’s faith was displayed in dying. As he wrote in The Cost of Discipleship, ‘When Christ calls a man, he bids him come and die.’ And with typical consistency that is exactly what Bonhoeffer did.

High above Westminster Abbey’s west door are statues of ten modern martyrs and there stands the figure of Dietrich Bonhoeffer. He deserves that place.