BREAKING
Israel-led Team Solves Mystery Why Lightning Strikes Fewer Times Over The Ocean...
Tourism In The Holy Land Is Soaring Back Up To Pre-Pandemic Highs
Lapid Speaks Directly To Palestinians—Offers Them “Another Way” Out Of The Ongoing...
Home Tags Posts tagged with "Coup"
Tag: 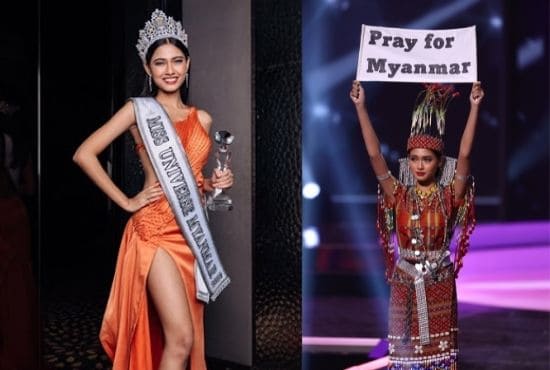 Miss Myanmar risked her life to join Miss Universe pageant to ask for prayers for Myanmar and save her countrymen’s lives.

In February, Myanmar’s military junta seized power over the nation in a coup. The nation’s leaders are placed on house arrest, pro-democracy protesters and supporters are being arrested and even killed. People in Myanmar are dying not because of the coronavirus, but because their own military force situation in the country is in total chaos.

Miss Universe Myanmar 2020 Ma Thuzar Wint Lwin has been using her voice to fight for democracy. She even went out to the streets herself to fight alongside pro-democracy protesters. Thuzar is using her platform and her social media to fight for her countrymen’s lives and freedom.

Recently, Thuzar risked her life to join the Miss Universe pageant to raise awareness and support from other countries. During the National Costume preliminary competition of the pageant, Miss Myanmar walked down the stage wearing her ethnic costume of her Chin people from the northwest of Myanmar, where fighting raged in the recent days between the military and the anti-junta militia fighters.

While walking down the stage gracefully, she held on to a scroll in her hand. Before giving her final pose, she bowed down to the audience and opened the scroll which reads, “Pray for Myanmar.” She asked the millions of people who have watched the competition for prayers for her country. 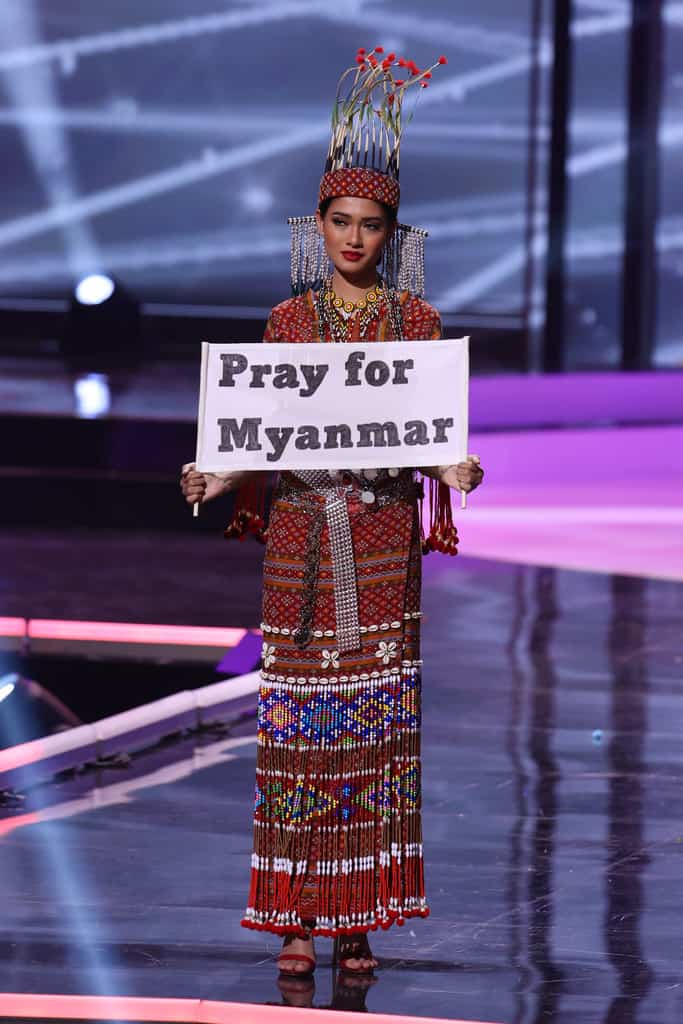 Though she was not able to join the final round of the Miss Universe, she received the Best National Costume award. Thuzar was able to tell the world about the situation in Myanmar. Many people from around the world are offering their support for Thuzar and the Burmese people.

Thuzar is reported to be on Myanmar’s military wanted list because she joined the pageant and spoke out for her country. She is currently staying in the USA.

People around the world are admiring Thuzar for her bravery and her courage to fight for her country. Let us all pray for peace and harmony in Myanmar. May the Lord bless Myanmar and the Burmese country! 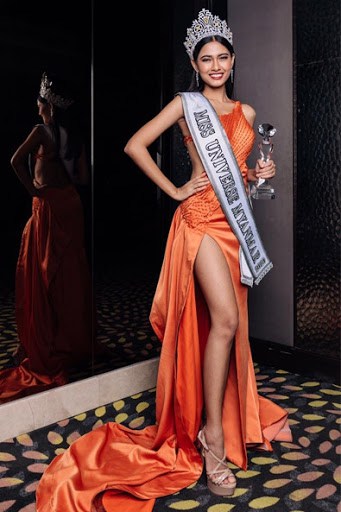