BREAKING
Israel-led Team Solves Mystery Why Lightning Strikes Fewer Times Over The Ocean...
Tourism In The Holy Land Is Soaring Back Up To Pre-Pandemic Highs
Lapid Speaks Directly To Palestinians—Offers Them “Another Way” Out Of The Ongoing...
Home Tags Posts tagged with "Courtney English"
Tag: 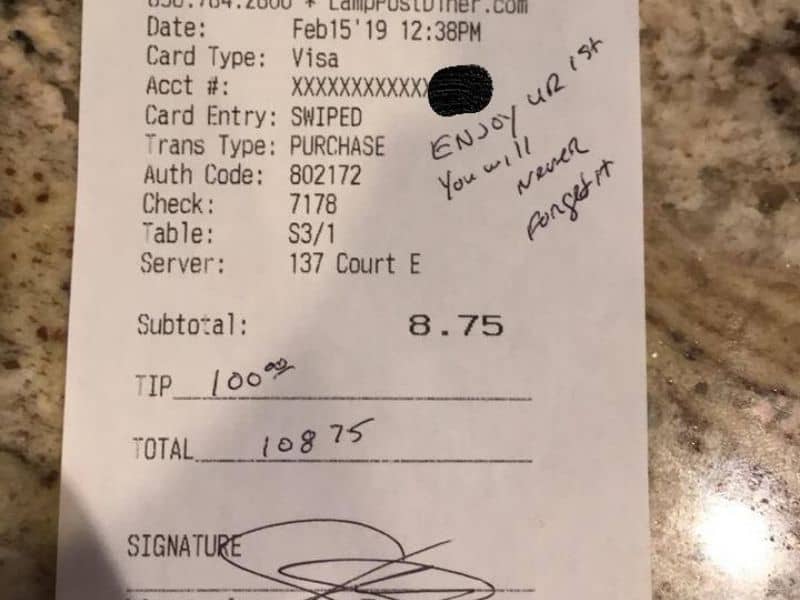 When a NJ Police Officer left a generous tip and a touching note for a pregnant waitress, her dad responded in a very heartwarming way!

Courtney English is pregnant with a baby girl and works as a waitress in a diner in Gloucester Township, New Jersey. It was during one of her regular work days when a New Jersey police officer came by and made a huge impact on Courtney’s life.

The police officer came to grab some lunch and left after paying his bill. Nothing seemed out of the ordinary about this man; however, when they checked his bill, Courtney was overwhelmed with his kindness! He left a $100 tip for Courtney on top of his $8.75 bill and left a touching note for the mother-to-be.

“Enjoy your first. You will never forget it,” he wrote on his note for Courtney. 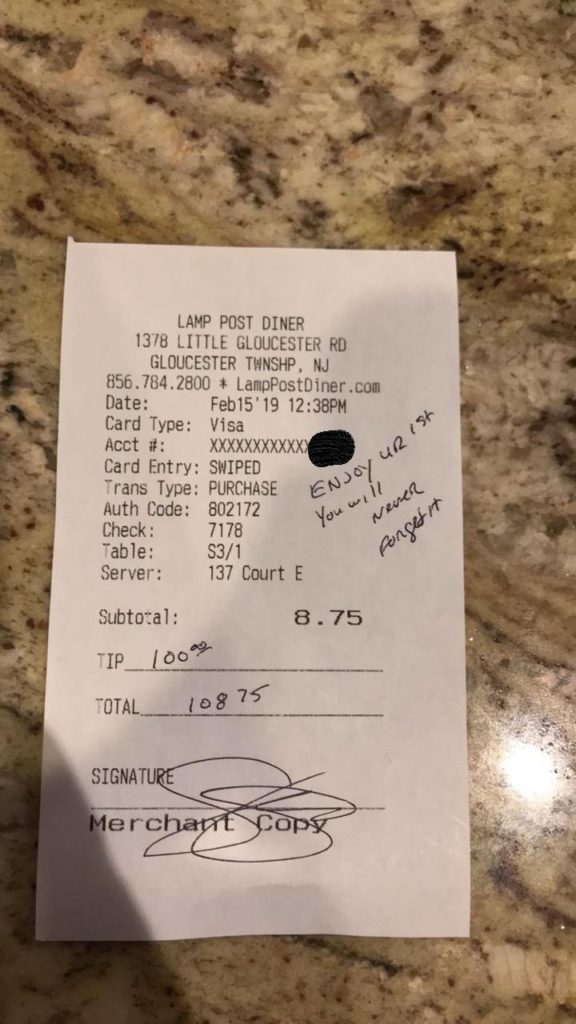 Courtney was overwhelmed and so was her father when he heard about the news. As a grateful father, he took to Facebook to honor and thank the police officer.

“Yesterday she was working the lunch shift when a Voorhees police officer came in,” Brian Cadigan wrote. “He was pleasant and had his lunch by himself and asked for the check. My daughter gave him his check and moved on to wait for other tables. The officer went to the cashier and paid his bill and left a note on the bill for my daughter. This officer, who I am sure works his butt off for his paycheck, left her a $100 tip on a $9.00 ticket and the note simply said, ‘Enjoy your first, you will never forget it.'”

Not only did he thank that police officer, but he also honored all police officers. In his post, he even talked about the kind of things policemen do for their community. He then ended by praising the kind-hearted police officer and declaring God’s blessing to him.

“What a wonderful person to not only leave a very generous tip but a lovely message. I don’t know you, Mr. Police Officer, but you made my little girl cry and made her year. Thank you. I always had the utmost respect for officers, but you went above and beyond. Not just an officer, but a beautiful human being. God Bless.” 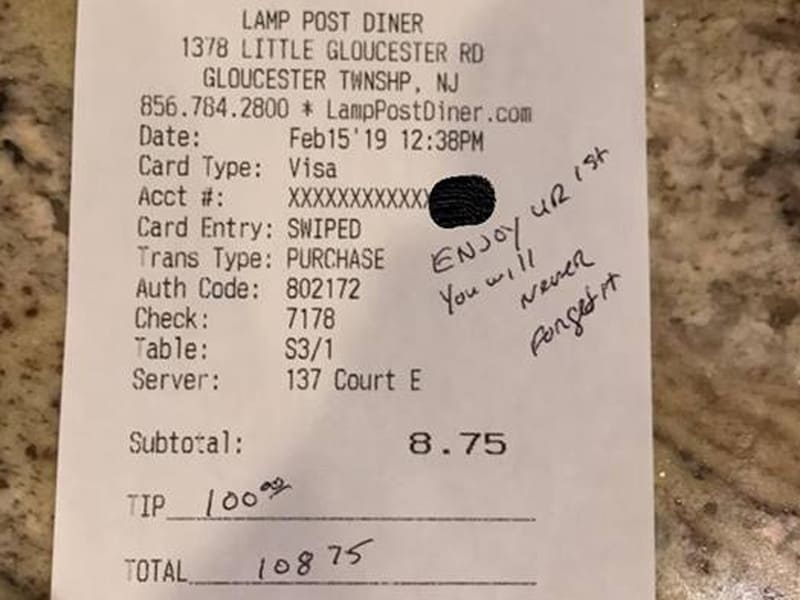 A New Jersey Police Officer left a huge tip and a note that made a significant impact on the pregnant server.

23-year-old Courtney English was waiting tables at the Lamp Post Diner Friday when a police officer came in for lunch. The police officer was with the Voorhees Township Police Department and ate his lunch alone. After finishing his salad, the officer left a $100 tip in the top of his $8.75 bill along with some kind words for Courtney.

Courtney English is an expectant mom in her seventh month of pregnancy.

“Enjoy your first. You will never forget it,” the police officer wrote on the note.

The cop must have overhead the conversation Courtney had with the customers at a nearby table.

“We didn’t really even talk. I brought him his menu, he ordered a salad and I got it for him,” said Courtney in an interview. “I was telling the people at the table behind him that it was my first baby.”

Brian Cardigan, Courtney’s dad, posted the whole story of the scenario on his Facebook account. He expressed on that post how grateful they are for that officer.

“What a wonderful person to not only leave a VERY generous tip, but a lovely message, I don’t know you Mr. Police Officer, but you made my little girl cry, and made her year. Thank you, I always had the utmost respect for officers, but you went above and beyond not just an officer, but a beautiful human being. God Bless,” Brian stated on his post.