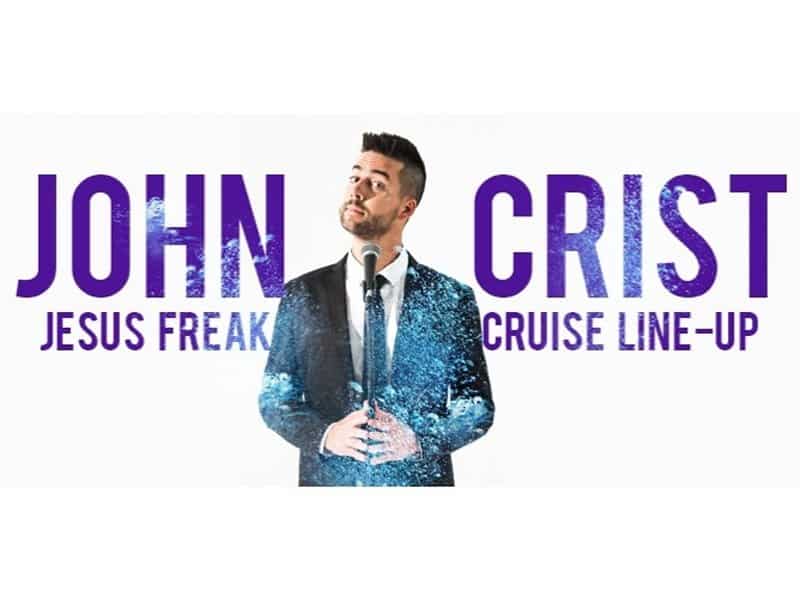 Christian Comedian, John Crist Has A New Video Out, On A Cruise Ship, And It’s Hilarious!

American all-round funny guy, John Crist has just released a new video, this time he’s on a cruise ship vacation and having a bit of fun with things today’s believers may think but wouldn’t actually say!

The well-known Christian comedian was part of the impressive lineup of guest artists on the ‘Jesus Freak Cruise’ from June 10 through 14th. The ship sailed from Port Canaveral to Nassau and Coco Cay. Other acts included DC Talk, Newsboys United, Toby Mac, Kevin Max and Mandisa.

John shares part of his stand up comedy act in the video below, in the same style as the “Lady Who Has a Bible Verse for Every Situation.” He uploaded it to YouTube and it has had over 150,000 views in a few days.

If you are the kind of person that first checks the television upon entering a hotel room, you’ll relate to his first line! He starts the video pretending to call guest services to block any unsuitable channels. “Hi, guest services? How do I block all the TV channels that aren’t Christian,” John says.

He also gets laughs by mentioning fellow performer, Toby Mac, in one of his punch lines. “I will knock on every door here until I find Toby Mac,” John says while walking down one of the ocean liner’s passages.

John Crist has made a name in standup comedy with over 500 million video views! Whether you know him from his viral videos, John has solidified his stand up comedy routines with sold-out shows all across the USA, highlighted by recent appearances on Live At Gotham and Laughs On Fox.

Some of his most popular videos include: the satirical “Millennial International,” “Road Rage in the Church Parking Lot,” and “Trying to Find a Church on Vacation!”

Even though he may seem to be poking fun at believers, its all in good jest. John grew up as a homeschooled pastor’s kid. And he says, “Man, I love the local church. Growing up serving at my dad’s church, I know the effect that a healthy, vibrant local church can have on the community. If I ever come across as critical, it’s because I love the church and I wish for so much more from it. I think the local church is our only hope for change in America; that said…we do some weird stuff.”

This post was compiled by Rhoda Gayle and Al Gibson