BREAKING
Israel-led Team Solves Mystery Why Lightning Strikes Fewer Times Over The Ocean...
Tourism In The Holy Land Is Soaring Back Up To Pre-Pandemic Highs
Lapid Speaks Directly To Palestinians—Offers Them “Another Way” Out Of The Ongoing...
Home Tags Posts tagged with "cute"
Tag: 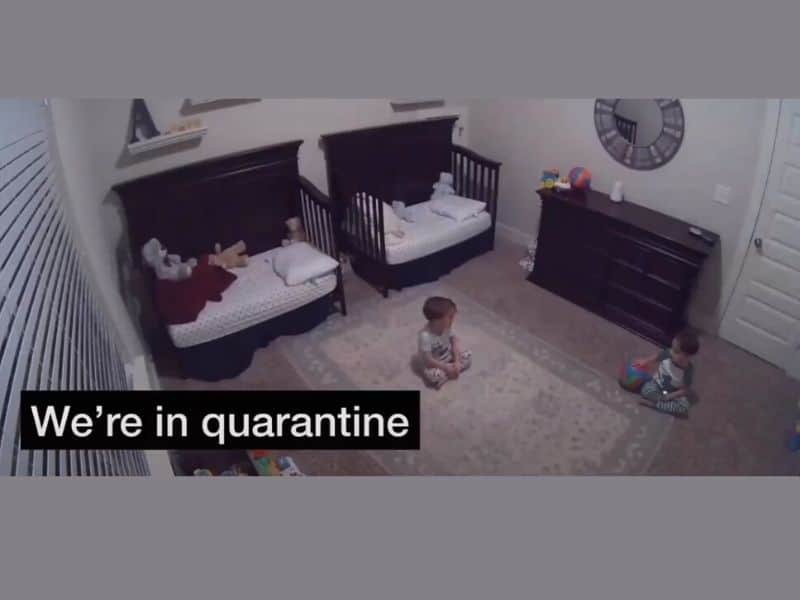 3-Year-Old Twins Discuss Being In Quarantine Is So Cute

Toddler twins went viral as their mother posted on her social media a video of them discussing being in quarantine.Watching kids talk about some issues in life shows how pure and innocent they are. And these 3-year-old twins prove that!

Megan Elizabeth shared that her 3-year-old twins always go on about their day while she puts their baby sibling to bed. The twins would role play movies they have watched and play some games when they’re not yet sleepy. But this time, they let us see what goes inside a mind of a toddler about the recent crisis.

It appears that they understand they’ve been put under quarantine. Later, they showed their excitement over spring time but could not enjoy it that much because of quarantine. It makes them cry, “Germs, go away!”

@megan.elizabeth.x3The 2 funniest people I know! They usually talk about what happened that day while I put the baby to sleep ##quarantine ##pillowfight ##humor ##brothers♬ original sound – megan.elizabeth.x3

Their cute interaction came with pillow fights all the while telling the “germs” to go away. Their mother seems proud over her boys as people gush over them.

Being a mother of three toddlers

Most videos shared by Megan show how fun and joyful it can be being a mother of three toddlers. But in one of her videos, she also expressed the struggle behind it. Despite of it, she has learned to trust God and surrender to His ways. She said in the caption, “This is what makes me going.”

“I don’t always get it right. None of us do. But I know when I think I’ve failed; I can lay it all at His feet because He’ll take all the failures and ensure all our victories,” Megan wrote in an emotional video.

She continued, “We are strong even when we think we’re weak. And when you don’t belong, He says ‘I am yours.’”

Her example shows that indeed, we can do all things through Christ who gives us strength (Philippians 4:13) 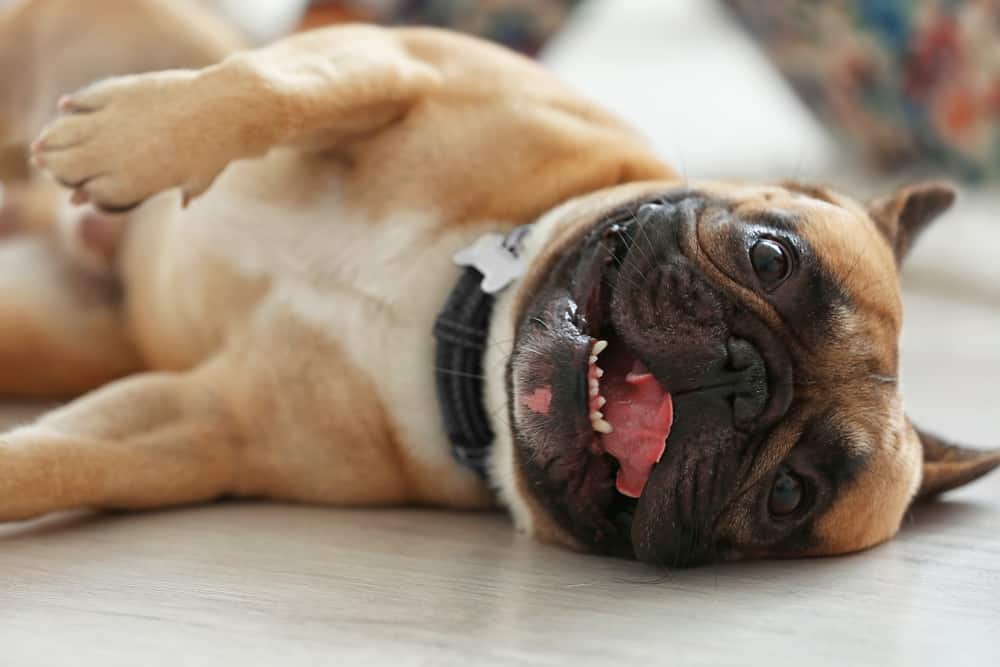 We believe God created all creatures and it is our job to care for them. The Bible says in Genesis 1:26, “Then God said, “Let Us make man in Our image, according to Our likeness; and let them rule over the fish of the sea and over the birds of the sky and over the cattle and over all the earth, and over every creeping thing that creeps on the earth.””

It is our mandate as humans to rule over all of God’s creation, to care for all life, whether the birds of the sky, the fish of the sea, or dogs in need of rescuing! Here are 10 truly miraculous rescue dog stories of pets who were down and out, but thanks to the love of a group of good Samaritans, they are truly transformed and brought back to life! See their transformations and stories from their rescuers below.

“Fiona is a rescue dog from the streets of Taiwan, now living here in Los Angeles. Fiona was left abandoned on the streets. The original owner left her on their balcony alone, starving to death. She was love at first sight, and we’ve had her since 2013. She’s now loving life.”

“Athena had been tied up outside and left to starve. When Animal Services took her in, she was 29 pounds. When we got to the shelter, she was shy at first but quickly warmed up. She’s now up to a healthy weight of 65 pounds, and she loves to cuddle.”

“Audrey was found on the side of the road. She had demodex mange so badly that she nearly died. The photo on the left was actually taken after she got considerably better. She’s the smartest, sweetest, and friendliest dog now. She loves every person she meets and brings massive joy to our lives.”

“I found Penny on the side of the road, sleeping in the garbage. She had full-body demodex mange, fleas, and ticks. After four months of meds, excessive bathing, and a lot of love, I got her adopted. I’m so happy I was able to help her find her forever family!”

“What was once a scrawny, terrified, and lonely pup at a shelter is now a happy dog. Nobody would ever know Banjo was once a rescue dog.”

“We’ve had Max for three years, and he gets daily cuddles and kisses from us! He was found in a field, beaten and poisoned (you can still feel his misshapen skull). He was rescued by a charity and was then placed in a shelter. We love him more than anything.” 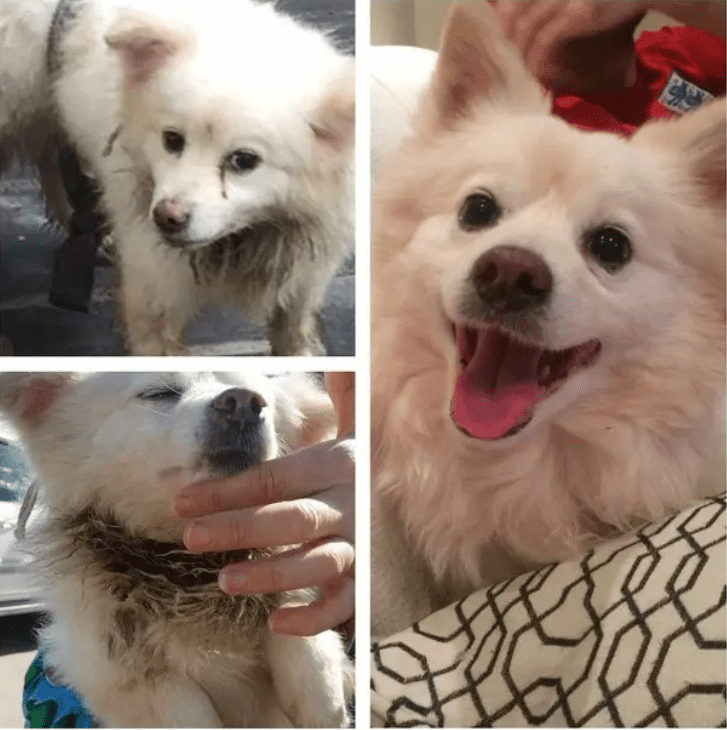 “Karlos was found with a wire embedded in his neck and was essentially left on the streets to die. He was rescued by an organization called Wings of Love Kuwait. He’s now a bubbly, cuddly little ball of fluff! He’s been part of our family for six months now.” 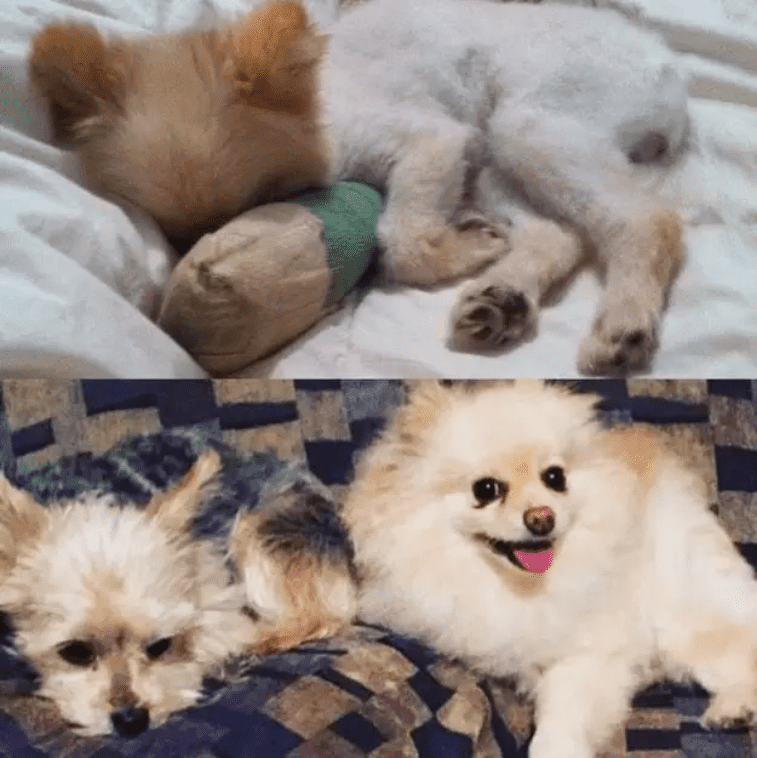 “I adopted Minnie from a rescue dog shelter almost two years ago. She was rescued from a puppy mill, weighing less than four pounds. She had a broken leg, open sores on all her paws, almost no coat, and a mouth full of rotting teeth. After weeks of vetting, she had seven teeth pulled, her paws wrapped, and had to have her leg amputated. She is now a full-coated, three-legged snuggle machine who loves everyone she meets and is absolutely fearless.”

“Reid was used as a breeder in a puppy mill before being taken in by a local rescue. He had pretty clearly been abused and was terrified of everything. After four years and a ton of training, he’s made a lot of progress. He knows how to play with toys and even other dogs sometimes. He loves going on walks and cuddling. He still has a lot of fear issues, but he’s made so much progress and we couldn’t be more proud!” 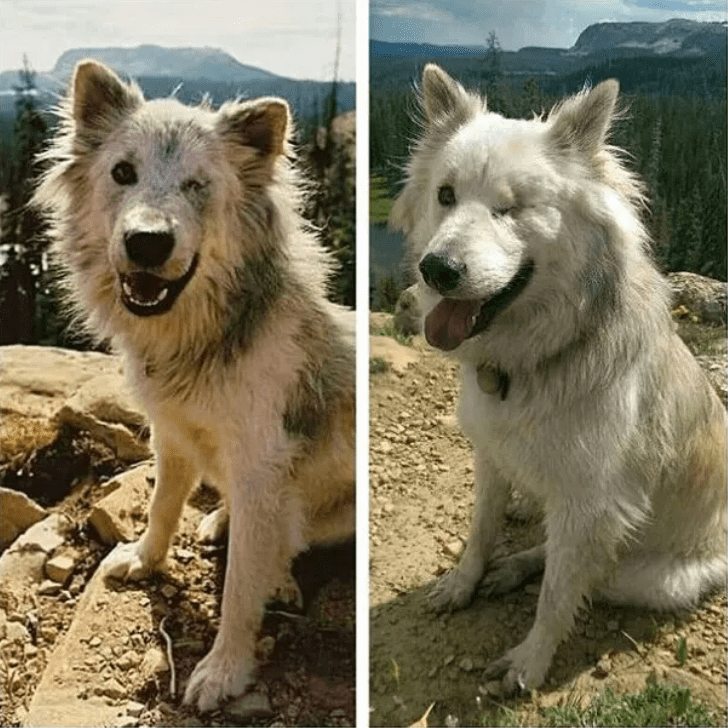 “Scout lost his eye a month before I adopted him. He was put in a kennel with an aggressive dog who attacked him. That never dampened his spirits, though! Two years later and he has gained weight, grown an insane amount of fur, and lives to play with any dog he encounters.”

“This is Emma. We found her on the side of the road in Phoenix. She ended up seeing a cardiologist for heart problems, being spayed, and having broken teeth removed. She was the most expensive free dog ever but worth every penny!”