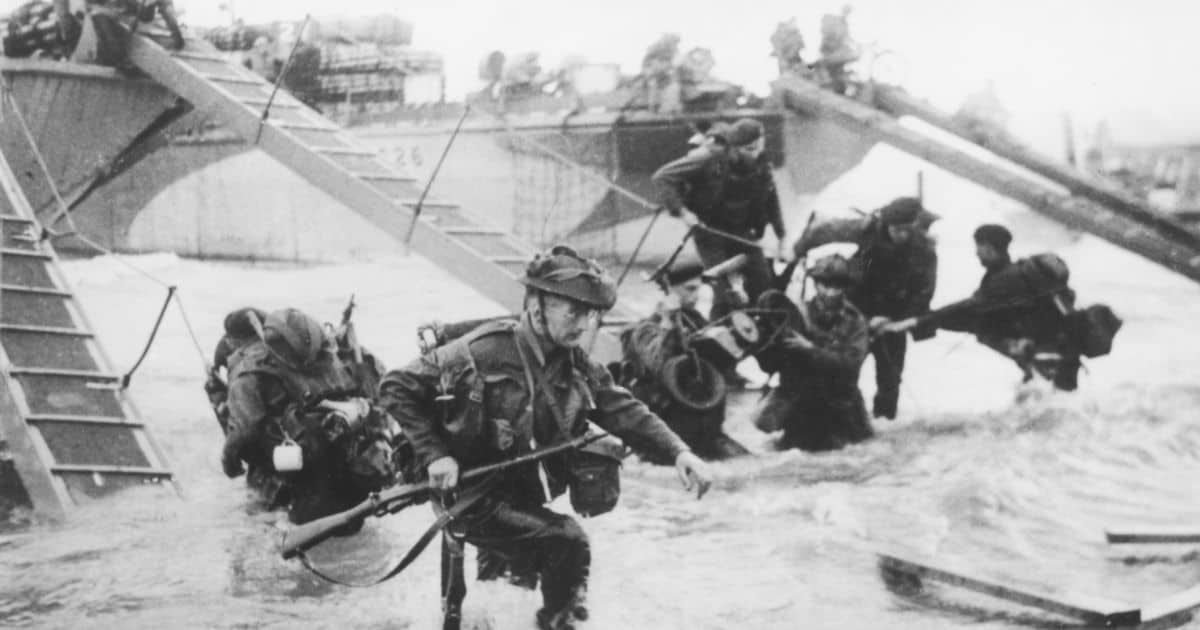 D-Day Remembered – Greater Love Hath No Man Than This…

As dignitaries and war veterans gather on the shores of Normandy today June 6, 2019, we can only bow our heads in humility for the sacrifice given upon those shores 75 years ago.

As a young teenager, on holiday in France in the late 1970s, I remember vividly the row-upon-row of white crosses, as far as the eye could see. These were not just symbols of WWII. These were the spots where those who fought and died for our freedom lay. This was hallowed ground.

Great British, American and Canadian men, mostly teenagers themselves, ran from amphibian crafts, unto the Normandy beaches. These young men who had traveled from afar would never leave these foreign lands, their blood forever etched in the sand. 75 years later this busy almost oblivious world…pauses. At least for a moment, we remember.

This present generation of ‘takers’ would do well to remember the former generation of ‘givers’. Their selflessness is sanctified in the words of Jesus (John 15:13), spoken thousands of years before:“Greater love has no man than this, that one lay down his life for his friends.”

2nd Lt Jack Lundberg Lead navigator, US air force, from Woods Cross, Utah wrote home to his parents: “Dear Mom, Pop and family, Now that I am actually here I see that the chances of my returning to all of you are quite slim, therefore I want to write this letter now while I am yet able… If you receive this letter I shall be unable to fulfill my desires, for I have requested that this letter be forwarded only in the event I do not return.”

And still Lt Lundberg alongside thousands of others that day never faltered. He survived the D-day landings but was killed in action two-and-a-half weeks after it began. Lt Lundberg was only 25-years-old. His letter reveals a side of mankind embedded within God our Creator. It is a level of giving many of us will never fully understand, but one that our Lord fully does. 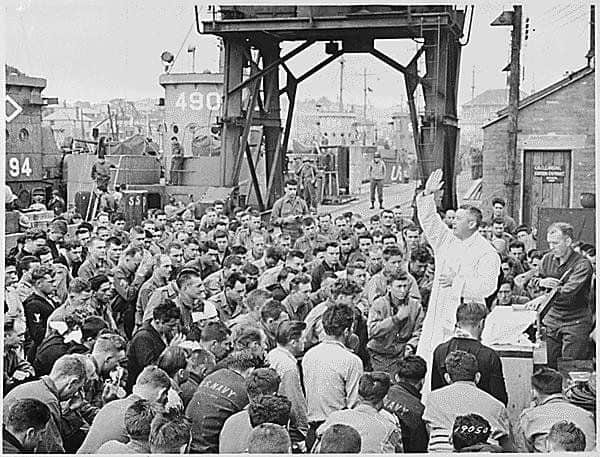 Since time began, man has leaned on God’s strength for support at such times. The Bible is filled with battles, wars and PRAYER. It shows us that the warrior needs God and needs prayer – he draws his strength from God. D-Day was no exception and the Chaplain’s voice would bring words of comfort and support. Pictured right is Father (Major) Edward J Waters, a chaplain from Oswego, New York. Like thousands of others he would bring soldiers to their knees, humbling themselves before God, asking for strength before the battle. This photo was taken prior to the first assault on European shores.

The battle may be very different for us, but we still need God’s strength to overcome.

Today,  we bow our heads. We humbly thank our Lord Jesus for the bravest in history…and we also remember John Maxwell Edmunds penetrating words from a previous battle (1916): “When you go home, tell them of us and say, for your tomorrow, we gave our today.” 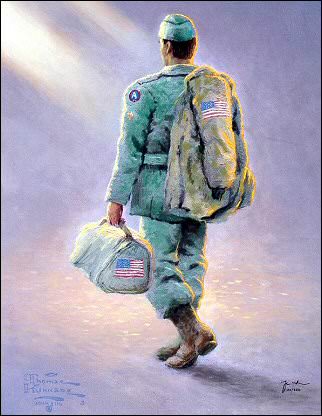