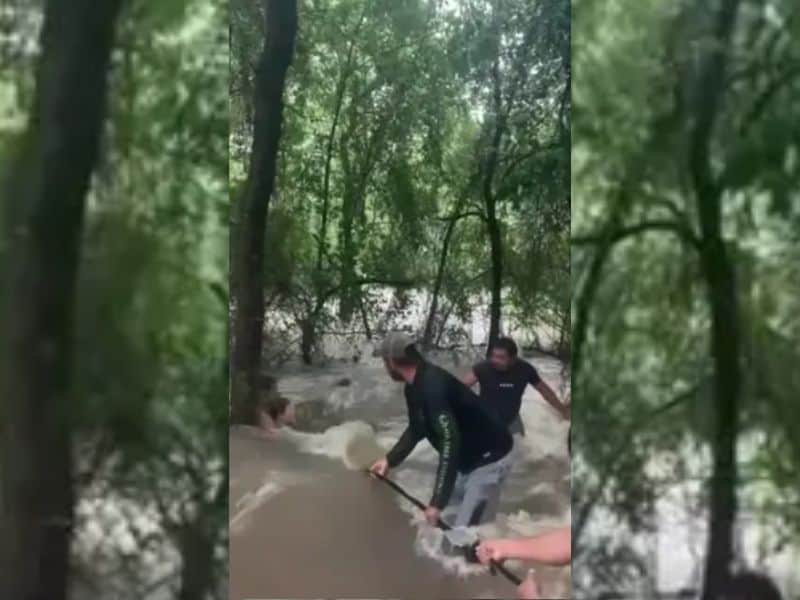 A Dallas school bus driver and bus monitor believed God had put them in the right place at the right time when they rescued two kids trapped in raging waters.

Simone Edmond, a school bus driver for 22 years, claims divine intervention brought them on a route that he does not usually take.

Together with the bus monitor, Tekendria Valentine, they were called to pick up a student who missed the bus. Fortunately, the bus was already empty when they went to the specified place. But, the student never showed up.

Edmond said, “It had to be God to send me that way because I don’t normally go that way.”

They were about to return when they discovered the two kids clinging to a tree as flood waters tried to sweep them away.

Apparently, the two children, a boy and a girl, were siblings who were caught up in the rushing waters.

They immediately jumped to action. Since the bus was for special needs children, it was equipped with removable seatbelts. They tied the seatbelts together to reach them.

Neighbors were also there to help. Praise God because they were successful in their rescue.

“Like I said, it had to be God to send us that way and to make us think, because we knew they needed help,” Edmond said.