BREAKING
Cancer Patient Survives A ‘Death Sentence’ & Receives A Surprise From Jennifer...
TikTok Kid Preacher Feels God In His Prayer Time; “I Am Not...
“Jesus Appeared To Me Twice So That This Message Will Be Delivered...
Home Tags Posts tagged with "Dancing with the Stars"
Tag:

Dancing with the Stars 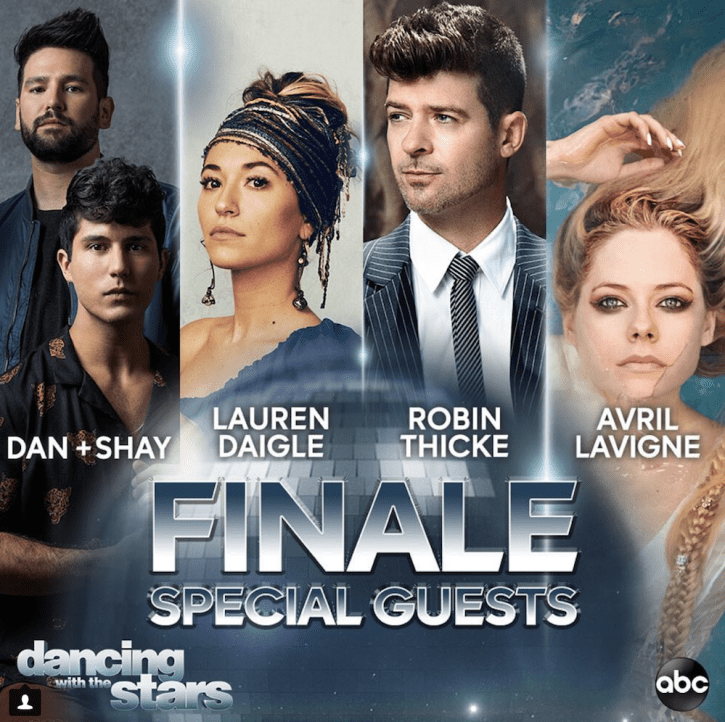 Dancing With The Stars Season Finale

Monday night, Dancing with the stars celebrated its season finale with crowning this season’s winners and live performances by Avril Lavigne, Lauren Daigle, and Dan and Shay.
While all of the artists consistently top the charts, they all have one thing in common, and that is their faith in Jesus.

All three artists shined bright in the lights and on camera, and owned the night along with the contestants who performed to Avril Lavigne’s faith-based hit, “Head Above Water”, Daigle’s “You Say” and Dan and Shay’s “Speechless”.

While America was watching to see which contestants were to be crowned the winners of this season’s DWTS they got a little more than they were probably expecting: the sound of worship being lifted up in a magnificent way, through song and worship. Daigle and Lavigne both performed songs referring to their faith in Jesus and trusting in Him.

Dan and Shay are an American Country duo with an amazing tracklist and a strong faith in Jesus. While Dan and Shay’s song, “Speechless”, doesn’t fit into the category of a worship song, they are believers and have been featured on The Shack motion picture soundtrack with artists such as Hillsong United, Switchfoot, Lauren Daigle, Franchesca Battistelli, and Skillet.

Avril Lavigne is a Canadian rocker with a fairly new perspective on life. Avril is a survivor of Lyme’s Disease and now an advocate for patients and people with the illness. Lavigne released her new hit single after a 5-year hiatus, and a hard year-long battle with the disease that could have taken her life. During her struggle, she put her trust in Jesus and wrote songs about her struggle, her faith, and life. While there is only speculation, many fans are expecting new music from the Canadian rocker by early to mid-2019.

Daigle, the Christian music crossover icon is an American sensation that has taken the world by a spin with her latest album, Look Up Child, taking the top spots on not only the Christian charts, but surpassing artists like Bruno Mars, Ariana Grande, and Eminem. Lauren has also just re-released her Christmas album, BEHOLD, as a deluxe edition album with new songs and is touring North America well into the spring of 2019 and beyond.
(Find Tickets at Premierproductions.com)

Lauren Daigle sings You Say on Dancing With the Stars 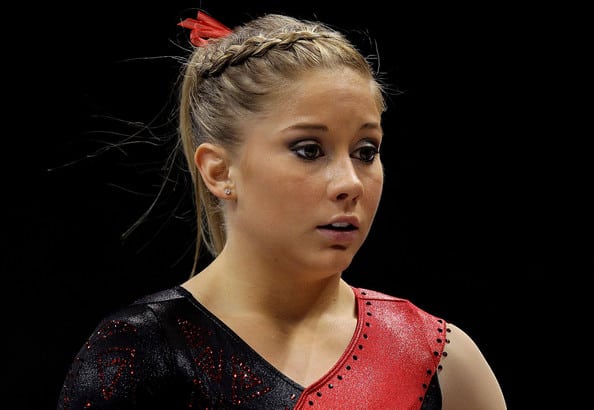 At the legendary 2008 Beijing Olympics, 16-year-old gymnast Shawn Johnson approached the balance beam with the weight of the world on her shoulders. It seemed that her friends, family, school, and nation expected her to return to the U.S. with nothing less than 4 gold medals. But despite giving it her best effort, she returned with 3 silver medals and 1 gold. She was crushed.

Four years later, as she prepared for the 2012 London Olympics, she trained longer and harder than ever before–often logging 40 hours per week of intense physical exertion. But she felt empty inside–like she would never be good enough. On June 3, 2012, Shawn retired from gymnastics–less than two months before the London Olympics.

What motivated this abrupt life change, which became the headline of all major new sources? In a recent interview with I Am Second, Shawn told all, revealing the condition of her heart. Here’s her story:

Reminiscing on her experience at the Beijing Olympics, Shawn vividly remembers watching the beautiful, flawless routine of Russian competitor Nastia Liukin, and wondering if she should even try because she clearly wouldn’t get the gold.

When societal expectations were the meter by which she measured her success, she forgot the joy of gymnastics.

She decided to prove to the world that she deserved the gold medal, and gave the best performance of her life, still falling short of the gold. But even today, she can see those 50,000 audience members giving her an enthusiastic standing ovation: “I’ve never felt lighter in my life. I felt like I was on top of the world.”

But that euphoric feeling was short-lived. The official who handed her the silver medal apologized–a validation that she had failed to live up to expectations.

She went on to win two more silvers and one gold–an epic feat for anyone, especially a 16-year-old. But it wasn’t enough. By the time she received her first gold, “It didn’t matter; the damage was done.”

Public Persona versus True Self

After the Beijing Olympics, Shawn returned home and “told everyone that it was the biggest honor of my life, but [in reality] it crushed my heart.” Why? Because “the world saw me as nothing else. If I failed at being a gymnast, I failed at being a human being.”

What’s worse is that despite her “failure,” she was still a newcomer to the world stage. She felt like she was “living in a fishbowl,” having to change what she wore and how she looked. At such a young age, she was highly sensitive to public criticism about her weight, appearance, personality, and character.

Ultimately, Shawn tried to change everything about herself–an exhaustingly impossible, heart-wrenching feat. Shawn said it best, “Feeling like the world doesn’t accept you for who you are, hurts your heart.”

Knee Trouble or a Change of Heart?

As Shawn prepared for a comeback in the 2012 Olympics, her parents implored her to see a psychologist. She wasn’t sleeping, eating enough, or taking care of herself. Shawn had convinced herself that what was good for everyone else–a gold Olympic medal–was good for her.

But one day, she snapped out of her self-sabotaging cycle. As she stood at the edge of the balance beam, she felt God’s presence. In one breath-taking moment, God told Shawn that it would be okay to follow her heart–even if it meant letting others down.

On June 3, 2012, before she could improve on her Olympic performance, Shawn retired from gymnastics.

Publically, she blamed chronic knee trouble, but inwardly, she knew that everything had changed–starting with her heart. Because of the transformative power of God’s love and mercy, the grip of societal expectations had lost its hold on her.

What made Shawn’s decision to follow Jesus out of a pit of desperation easier was her understanding that “the gold medal wasn’t the greatest thing in the world.” Even in 2008, when she received a gold medal, it wasn’t the “end all be all.”

Ultimately, a gold medal is a symbol of secular success and human approval. But what eternal good does that do? Even in this life, it does little good and a lot of bad. According to Proverbs 29:25: “Fear of man will prove to be a snare.” You can’t please everyone–even if you sacrifice your heart and soul trying.

On June 3, 2012, Shawn retired from the endless fight of earning man’s approval and turned to the healing power of God’s freely-given grace and unconditional love.