BREAKING
Cancer Patient Survives A ‘Death Sentence’ & Receives A Surprise From Jennifer...
TikTok Kid Preacher Feels God In His Prayer Time; “I Am Not...
“Jesus Appeared To Me Twice So That This Message Will Be Delivered...
Home Tags Posts tagged with "David Archuleta"
Tag: 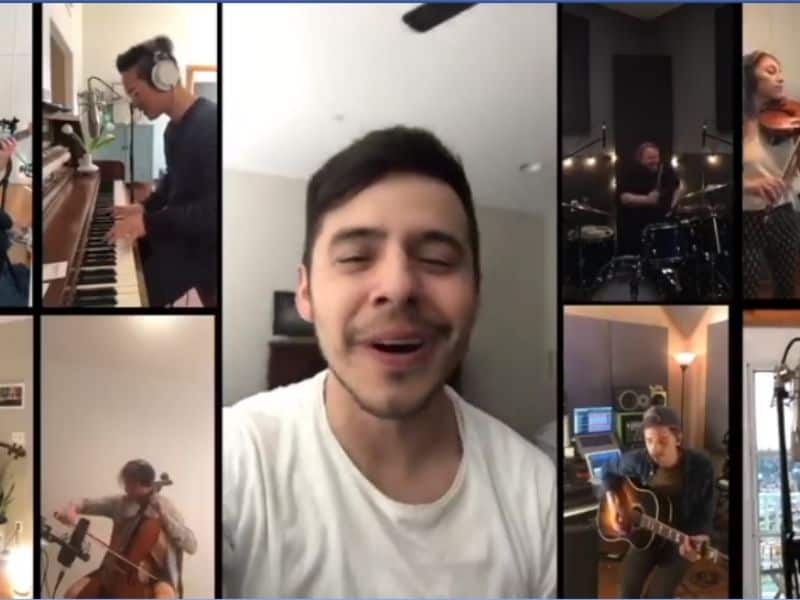 In compliance to the government’s order for community quarantine, Christians can no longer gather and attend church services. So, David Archuleta posted a video singing Way Maker on his Facebook account. What happened next amazed him.

On March 30, Sunday, the American Idol runner up shared a video of him singing a worship song. He said in the caption, “I usually take a break Sundays from posting to go to church. But since we’re all indoors I wanted to share a worship song that I really love. It helps me keep my focus on God. So, I hope it helps anyone who’s looking for ways to do the same today!” He sang Leeland’s version of Way Maker. As he invited the viewers to join him in singing, he did not expect the response he got.

Andy and the Housecat band backed him up and left David speechless. The band made a new video with a full accompaniment joining David’s singing. The video that was uploaded on April 1 uplifted David’s soul and all who watches it as video views increase every hour.

Housecat is a collective of professional musicians, engineers and arrangers in the Los Angeles area dedicated in serving the church during this unprecedented time. They posted a copy of the video on their own Facebook account. They encouraged everyone with their caption, “One of the hardest parts about this quarantine is that we often feel alone in our thoughts and anxieties. Corona may have us physically alone but we’re together in spirit and together we’ll make it through stronger.”

Watch the uplifting video below.