BREAKING
Cancer Patient Survives A ‘Death Sentence’ & Receives A Surprise From Jennifer...
TikTok Kid Preacher Feels God In His Prayer Time; “I Am Not...
“Jesus Appeared To Me Twice So That This Message Will Be Delivered...
Home Tags Posts tagged with "David Eubank"
Tag: 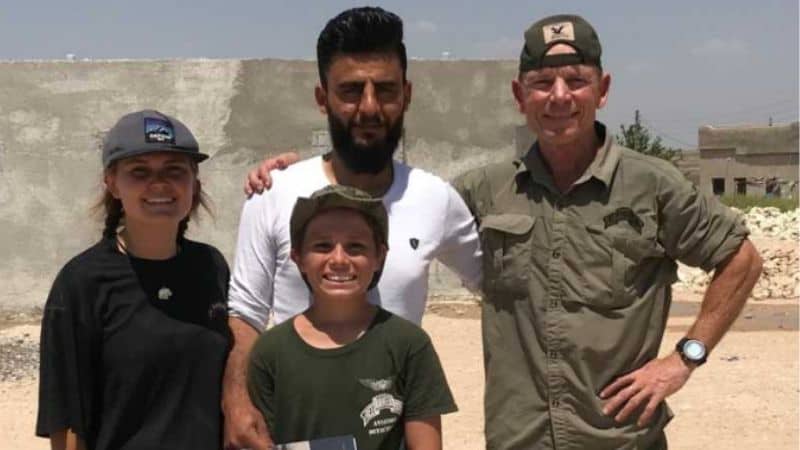 Christians Bravely Work Towards Rebuilding Homes And Churches In Syria

Despite the chaos the Syrian people face today to rebuild their nation, there is hope especially when Christians bravely share the Good News of Jesus.  One such person is David Eubank of the Free Burma Rangers, who is in Syria with a team to help.

The Free Burma Rangers (FBR), is a mainly Christian humanitarian group that David started in Myanmar and now works to bring help, hope and love to people in conflict zones like Syria.

David and his FBR team, have been bringing aid to  Syrian since 2015.  They have also been providing educational courses at a school in Dadat, Manbiji through their ‘Good Life Club.’

Sharing the Gospel with the Syrian People

“During the program, I gave my testimony of calling on Jesus,” David says. “I offered to give out Bibles and a Syrian teacher named Abdulsattar, said right way, ‘Please give me, I want one.’

“I gave him a Bible and other teachers too. Afterwards, we promised to help the school with the new roof they need,” he explained.

“ISIS is horrible and has zero respect for human life. Thank God we have the FBR to seek justice and safety for all! May the Lord continue to direct your steps. May God’s protective hand continue to cover you, your team, and your family!

“Thank you for answering the call to fight for people trapped in dangerous, oppressive, and evil situations! May God continue to use you all on the field and in the media as His ambassadors of grace, mercy, love, truth, and power! All glory to Him! I still, pray for you and your team. I look forward to the day we all get to meet again.”

Hopes to rebuild churches and homes

Dadat now is growing continuously as hundreds of people return to Syria and David and his team are committed to help them rebuild as they share the Gospel. As a a symbolic act of rebuilding they put up  two crosses in the ruins of a church that Islamic State (IS) destroyed. 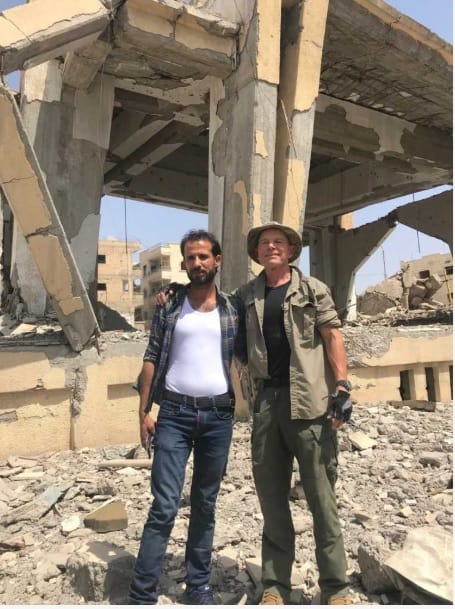 “As I prayed, I began to ask God that this church would be rebuilt. As I prayed this, a doubt came to me, ‘There are probably no Christians left here. And who would come back? Why am I praying for people and funds to rebuild? It seems foolish.’ But I felt I should pray for that anyway,” David said.

After praying, a Christian named William asked David what he was doing in Syria. David told him that God had sent him and his team to help and to pray.

William said, “I am a trying to rebuild this church. I am a Christian.  I was shot four times by ISIS, but I brought my family back now. There used to be 5,000 Christians here, but now we are 15.”

Jesus said that He would build His Church and that the gates of hell would not prevail against it. (Matthew 16:18). God always has a remnant and we believe the Church in Syria will be rebuilt and it will be stronger than ever.

The FBR team is asking for our prayers as they continue in Syria until God tells them to leave. Let us pray for all victims who are traumatized by the chaos and conflict of terrorism and war. Let us pray that the Church in Syria is rebuilt and flourishes.