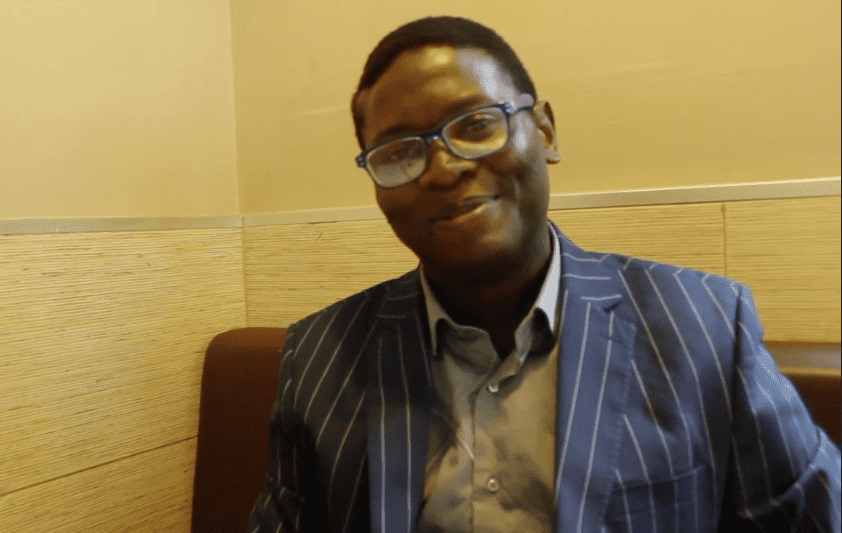 Sitting in a crisp suit, David Tosin Bakare eludes confidence as we sit in a McDonald’s restaurant on Rothschild Boulevard in Tel Aviv.

We begin our conversation over the yell of children as an Israeli rap song plays in the background. Tosin opens with describing how he has “been bitten by the Israel bug.”

The first African to study at Bar-Ilan University’s International MBA program, he has made it his mission to take what he learns and use it to change Africa.

He has a vision, a vision to break the vicious cycle of poverty that is plaguing the continent.

“Over 1,000 migrants have died on the Mediterranean Sea trying to get to Europe – trying to to escape poverty in Africa,” he explains. “Nigeria is the poverty capital of the world with over 200 million people” of which about 87 million are destitute.

Bakare has an all-too-well understanding of poverty – as a youngster, he and his family were unable to escape its clutches.

“I grew up in the slums of Nigeria, I was surrounded by poverty, crime and drugs. I lost my father when I was two years old, my mother had to look after me and support my four sisters,” he says, the memory still visibly haunts him by the intense expression on his face. “Of all my family I was the only one to break the jinx and get an education.”

Asked what kept him inspired to finish school and get a secondary education, Bakare says he realized than education was the only thing that would give him an opening in life. “It was the light at the end of the tunnel for me. Fortune smiled down upon me.”

In 1986, when Bakare was 12-years-old, he saw a Coca-Cola advert and its tagline is what continued to push him towards breaking his family’s cycle and be proactive in being a success in life. Bakare closes his eyes and sings in tune as he recalls it, with every word he grows louder ending with the words: “I am the future of the world.”

“I realized that I am part of tomorrow’s people, this has stayed with me forever. My life is the future of my generation,” he says adding that it was a huge turning point for him.

As part of his IMBA course at Bar-Ilan, called Entrepreneurship: From Idea to Market, Bakare, – who has become a well-known businessman and consultant in his home country – has partnered with a fellow classmate and with Naomi Bareket, an American IMBA alumna, in designing a social business project to help break the vicious cycle of poverty in Africa.

“Our model is anchored on the success of the concepts of microcredit and microfinance pioneered by 2006 Nobel Prize Laureate Prof. Yunus Mohammed in Bangladesh. It differs from current micro-financing in Africa, which is more profit driven and therefore not achieving the social business goal of poverty alleviation,” Bakare continues. “Nigeria is the seventh largest country in the world and Bangladesh the eighth – the story of poverty in both these countries is the same.”

The project has a three-pronged focus that includes empowerment of women – because in many cases women are the breadwinners in families; youth support – because they have creativity and energy; and enhancement of entrepreneurial motivation with the project employing an “innovative micro-credit model and smart agriculture driven by 21st century technology using the power of social media.”

The youth support prongue, which gives youngsters and young adults in Africa the opportunity to pitch their ideas and these ideas are then put onto a platform in which lenders can support them. Theplatform is named called Kola (Kings Online Loan Assist) – the acronym a hat tip to the advert that inspired him so many years ago.

Although Naomi is fundraising in the US for the project, Bakare says he doesn’t want to the project to be solely based on charity. “It’s focus is social business – business that is value driven.”

“Israel’s excellence in technology and agriculture” will play a pivotal role in the successful implementation of this venture, which he plans to launch in Nigeria in January 2019.

“Israel has the technology and Africa has the land,” he adds.

Asked about his time in Israel, Bakare, who is a practicing Christian and pastor, only has praise for the country and its people explaining that he has only encountered warmth and friendliness. “Israel is the start-up nation – it’s only second to the Silicon Valley in the US… Where in many places things may seem impossible, here in Israel, nothing is impossible. Africa will tell you not to be ambitious but the culture in Israel is different. If you dream something, you will see it happen.

“I’m an African who has absorbed the Israeli mentality, I want to see this vision come to life,” he says, a broad smile playing on his face. “Although I haven’t made aliya – I feel as if by being here I am going up, I’m being elevated. It’s a unique country where ideas can be activated and actualized.”

But the dream to study in Israel has not come without its sacrifices. Bakare had to leave his wife and son back in Nigeria. “It hasn’t been easy, I speak with my wife every day, but she has been so understanding and patient.”

When he returns home later this year, he plans to take a little bit of time off to make up the time lost with his family.

He also voiced how Israel is so diverse with Tel Aviv being cosmopolitan and trendy, and Jerusalem being the highly religious and revered. “It’s almost like two different countries,” he jokes.

Concluding the interview and heading back into the hustle and bustle of Rothschild Boulevard, Bakare stops for a minute and says: “Israel may be a tiny nation but it is the big heartbeat of the world.”

Do you want to be aware of all the latest from the Middle East? Then, register for GOD TV’s new daily newsletter, The Israel Insider