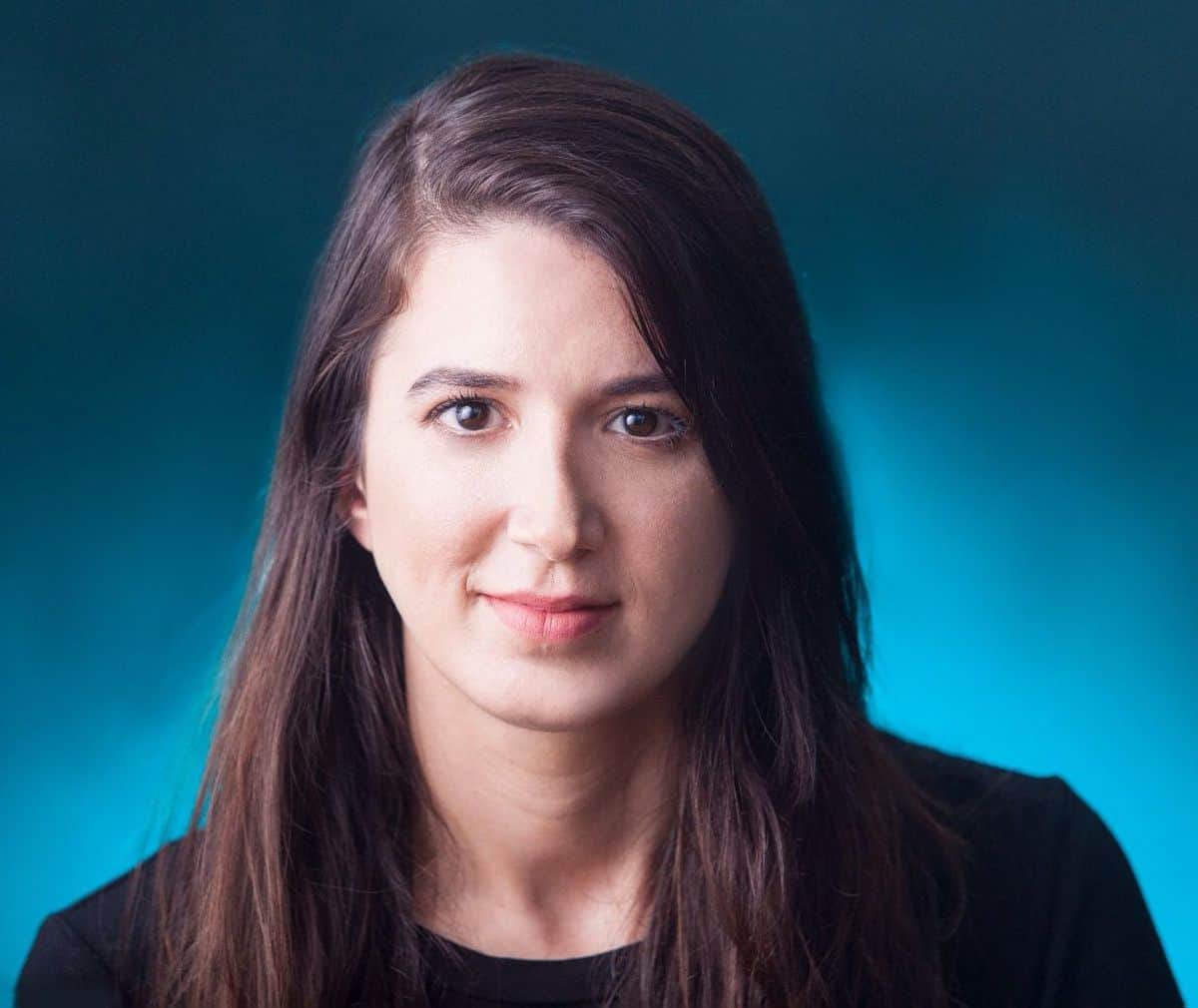 Shirley Pinto made history on Wednesday when she was sworn in as the first deaf Member of Knesset (MK) in Israel’s history, replacing Religious Services Minister Matan Kahana who resigned under the Norwegian Law.

Pinto, of Prime Minister Naftali Bennett’s Yamina party, was one of 13 new members of the coalition who pledged their allegiance to the State of Israel on Wednesday in the Knesset. She did so in sign language.

Pinto has dedicated her life to helping deaf people and others with disabilities by co-founding the Israeli Center for Deaf Studies, lecturing deaf students at Bar-Ilan University’s Sign Language Interpreting program, volunteering as Ramat Gan Municipality’s adviser on disability affairs, and serving as Yamina’s representative in the World Zionist Congress.

Pinto, a native of a traditional home in Kiryat Bialik, graduated from the Netanya Academic College with a Bachelor’s degree in law and served in the Air Force Technical Directorate as a project manager in the Logistics Equipment Division.

She was awarded a medal of excellence from the Commander of the Air Force, Maj. Gen. (res.) Ido Nehustan and the President’s Excellence Award from Shimon Peres in 2009.

Pinto has previously vowed to make Israel an “accessible, egalitarian and inclusive” society and act on behalf of all Israelis with disabilities.

To accommodate Pinto’s parliamentary work, she will have a special personalized translator during Knesset sessions that will translate proceedings into sign language and that will speak in her voice using a “Madonna” style microphone. Her seat in the Knesset will allow her to be up-close to her translator so she can respond to comments, ask questions and speak from the podium at a moment’s notice. Her room will flash with a special light whenever the bell rings and before she is required to vote.

Bennett spoke at the Knesset ceremony on Wednesday and said Pinto becoming the first deaf MK in Israel’s parliament is one of the most exciting moments for him personally.

“Shirley Pinto, the first deaf MK in Israel, has proven by her actions that everything is possible,” Bennett said. 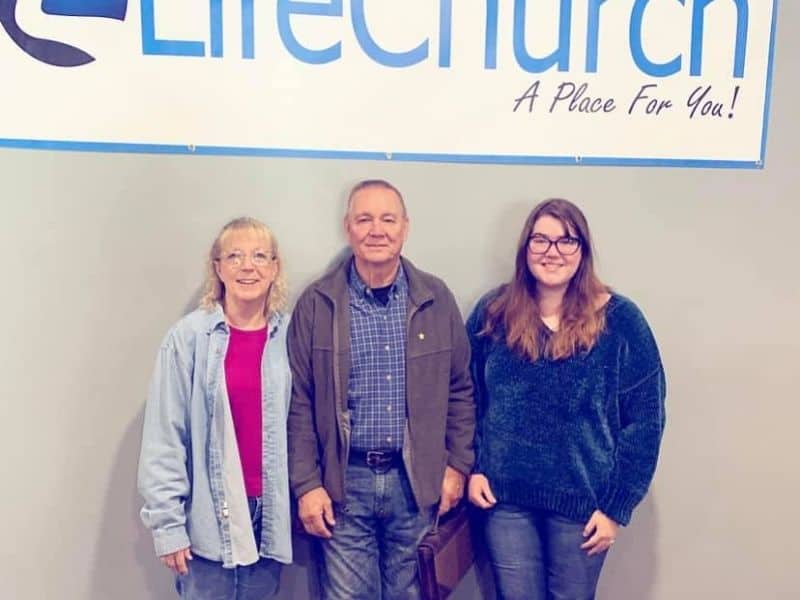 Three people who were deaf have testified how God touched their lives when their hearing loss was complete healed. They were all moved to tears after receiving prayer.

Paula Patterson, Kayla Medin, and Terry Maloy expected nothing while going to church in Lifechurch Middlesboro one Sunday. Accordingly, Paula,  63, she had been deaf in her right ear since she was 7. Kayla, 25,  suffered a degenerative hearing condition in her right ear. And Terry, 68, had constant ringing in his ears for over 20 years.

After the sermon, Paula was the first one who approached to ask for prayers of healing. “When I didn’t see anyone going to the healing prayer station, I decided I would go,” she said.

“I didn’t even think about the deafness in my right ear as I had it prayed over so many times, with no results. I just figured it was something I was going to live with the rest of my life.”

During the prayer, she sensed heat running over her body. She recalled, “And then I heard two pops. And the next thing I noticed was that the music was really, really loud — that’s when I realized I could hear out of that ear as well!”

Seeing the power of God in Paula, pastor of Lifechurch, Paul Long called for Kayla who was part of the worship team. Kayla said, “As soon as I came down off the platform and started to take a few steps, each step it got harder and harder to walk.”

She explained, “It wasn’t anything holding me back, but the presence of God was just so heavy, with everyone praying, it was like the air felt dense . . . I never experienced something quite that tangible, where you could feel that undoubtedly something [of God] is going on.”

Kayla’s husband went with her and after receiving healing, they just held each other and cried in gratefulness.

Terry was the last one to go up. Paul then prayed for him. “He started praying for me — the presence of God was so real — and then he cupped his hands over my ears. As soon as he did that, it was like I put a headset on and I could hear, I could hear everything! The ringing in my ears had stopped — the Lord had touched me!”

Paul affirmed the healings as not just for a moment. “I’ve spoken to all three of them this week, and all three healings stand.”

Serving in the ministry for 51 years, he stated that it was the first time he personally witnesses a miracle. “I’m still having a hard time articulating what I saw.” 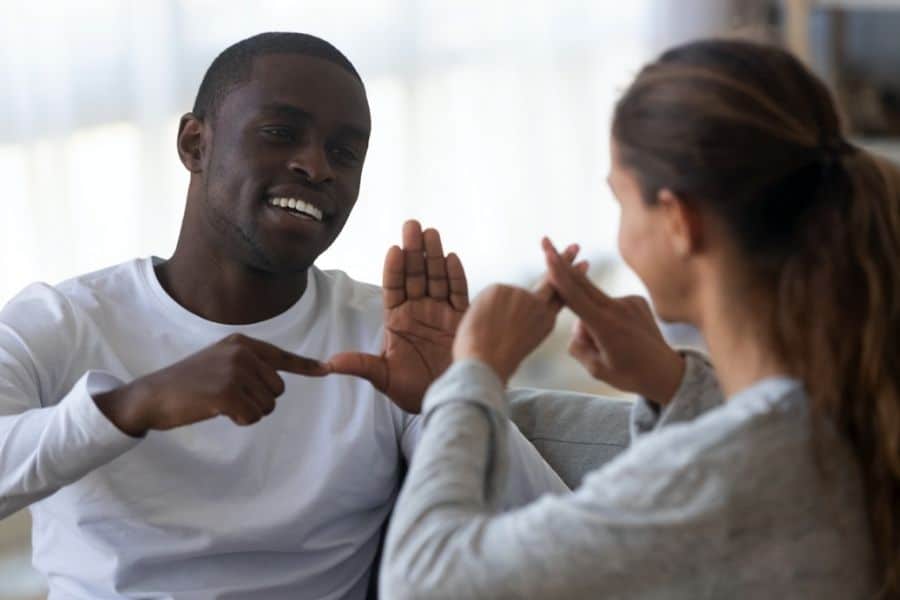 The American Sign Language Bible translation has finally been completed after 39-years in the making.

In the fall of 2020, 3.5 million deaf people finally have the complete Bible in the American Sign Language (ASL) translation. The final books that were translated were Isaiah, Jerimiah, and Ezekiel. This project started in 1981 when minister Duane King of the Independent Christian Church saw the struggles of deaf people in the country.

In 1970, Duane met a Christian couple who decided not to come to church that much because they couldn’t understand what was going on. Duane started to learn the sign language to start a church and mission or the deaf with his wife, Peggy. Today, their deaf school in Council Bluffs, Iowa is now one of the nation’s leading deaf schools.

After years, they realized that it wasn’t enough to sign the English Bible, the Bible needs to be translated into ASL.

“Most hearing people don’t understand how difficult it is to learn to read what you cannot hear,” Duane King said in 2019. “Deaf people rely so much on their eyesight that they want everything to be tangible—they want to be able to see everything. This sometimes makes it harder.” 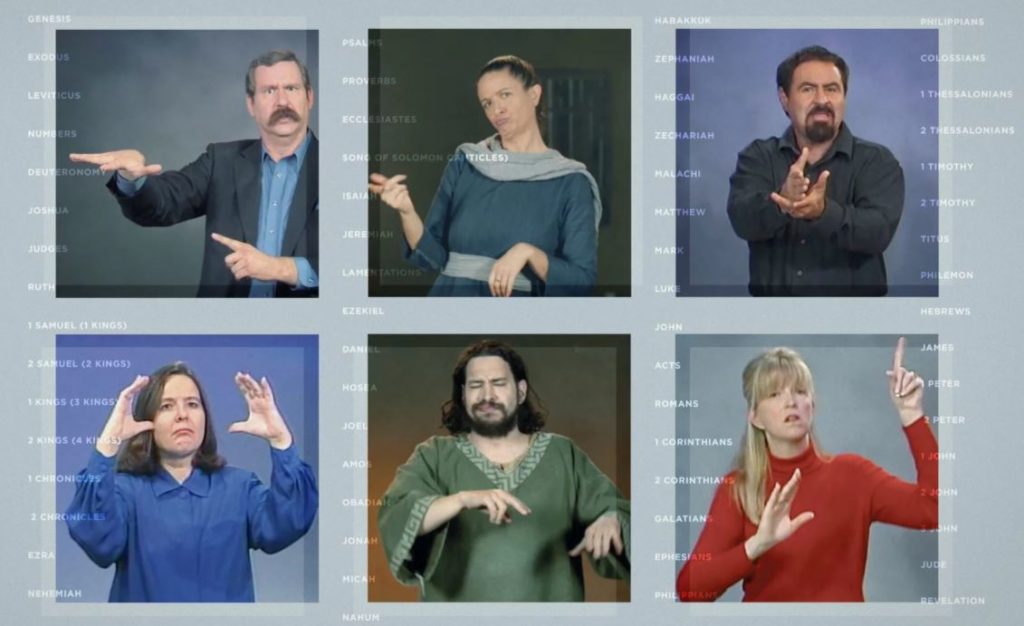 Renca Dunn, a deaf woman, shared her insights about having the Bible translated into her own language. She says that she has no problem understanding the people, places, and things in the Scripture. However, she finds it hard to understand the emotion each verse portrays. Now that she has the ASL Bible translation, the nouns now vibrate with life and emotion.

“The clapping trees. The singing birds. The dancing meadows,” Renca says. “The persistent Esther. The revengeful Saul. The weeping Magdalene. Most of all, our loving Jesus.”

Read also: Pastor Criticizes Cancel Culture Saying ‘You Can Never Give Grace That You Haven’t Experienced’ 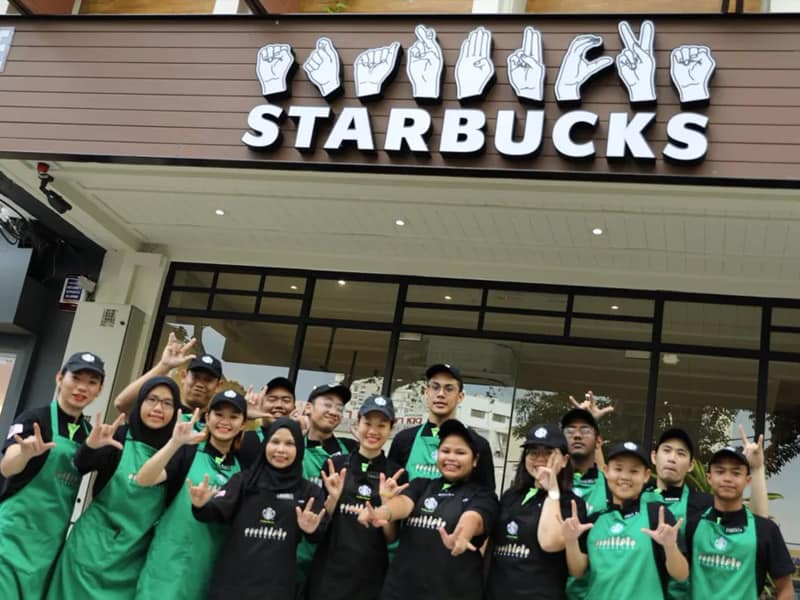 A new Starbucks outlet managed by a team of deaf employees recently opened in Penang, Malaysia on November 19. 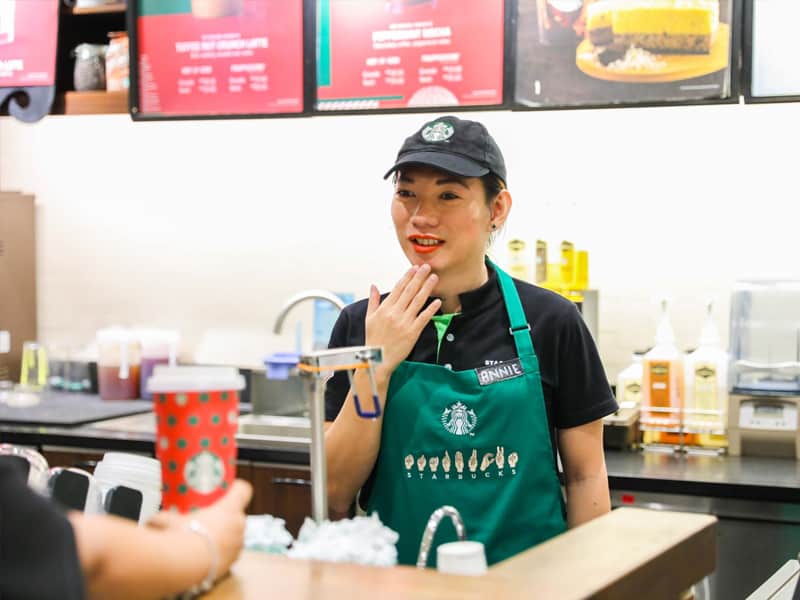 “We’re very excited to partner with Starbucks to provide richer career opportunities and a sense of belonging to the Deaf community in Penang,” Razman Tan Abdullah, President of the Penang Deaf Association, said. “Starbucks stores are a place for many kinds of people to come together. We’re proud to invite everyone to experience the vibrant Deaf culture that has thrived here in Penang for over 70 years.”

The outlet is the second of signing store in Malaysia and fourth globally. Having signing stores were deaf people can be a part of their team shows their sincerity to their commitment. 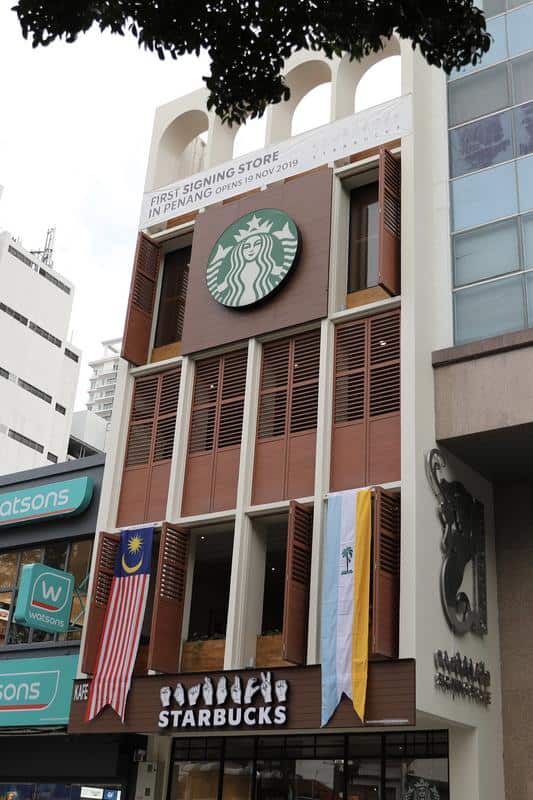 In addition, the three-story store is specifically designed to meet the needs of the deaf community. Most importantly, it has accessible equipment. For example, it has visual alarms, digital trays, and a two-way point-of-sale system. 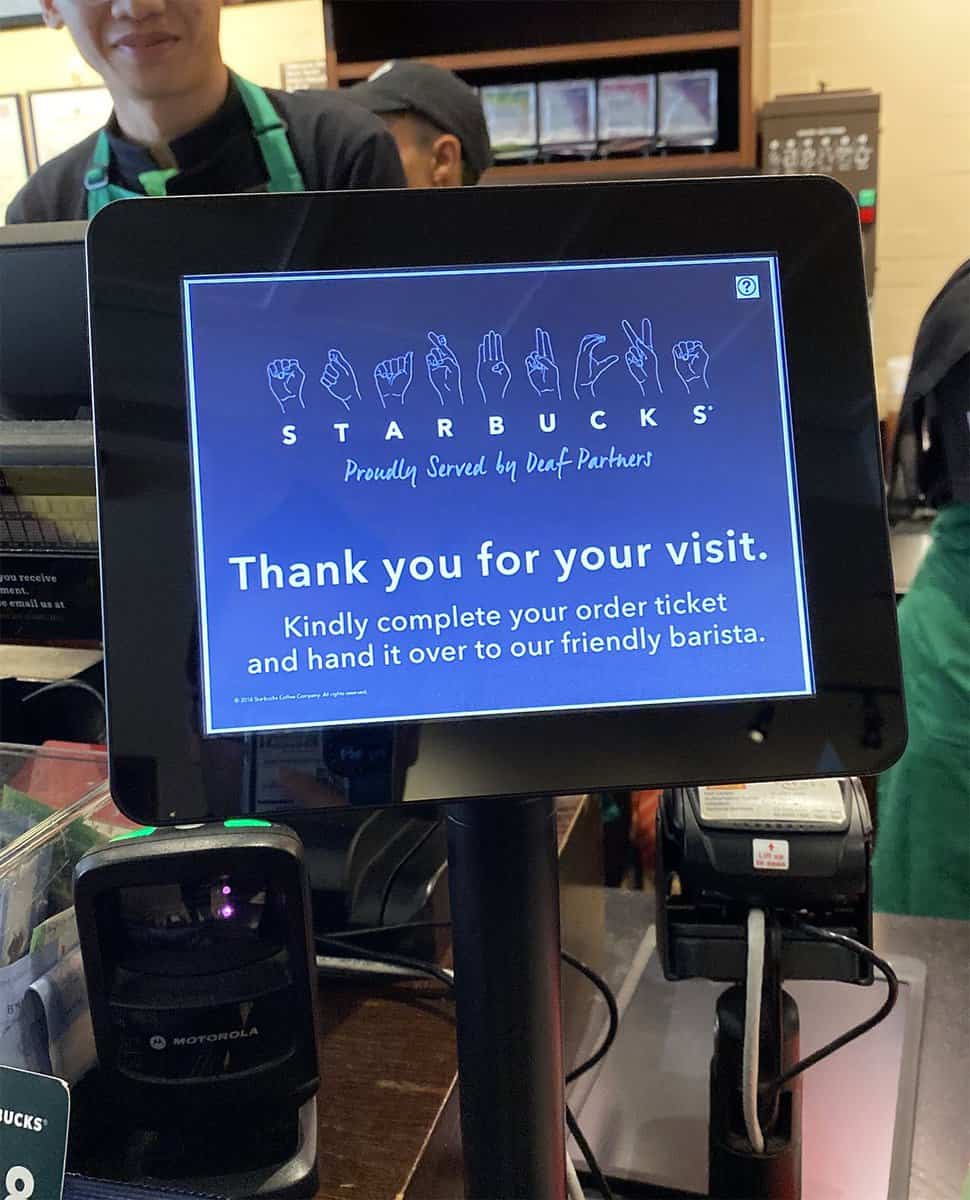 The store has a mural by a Malaysian deaf artist Lim Anuar. The mural brings life to the store. It depicts the deaf culture in an artistic way. 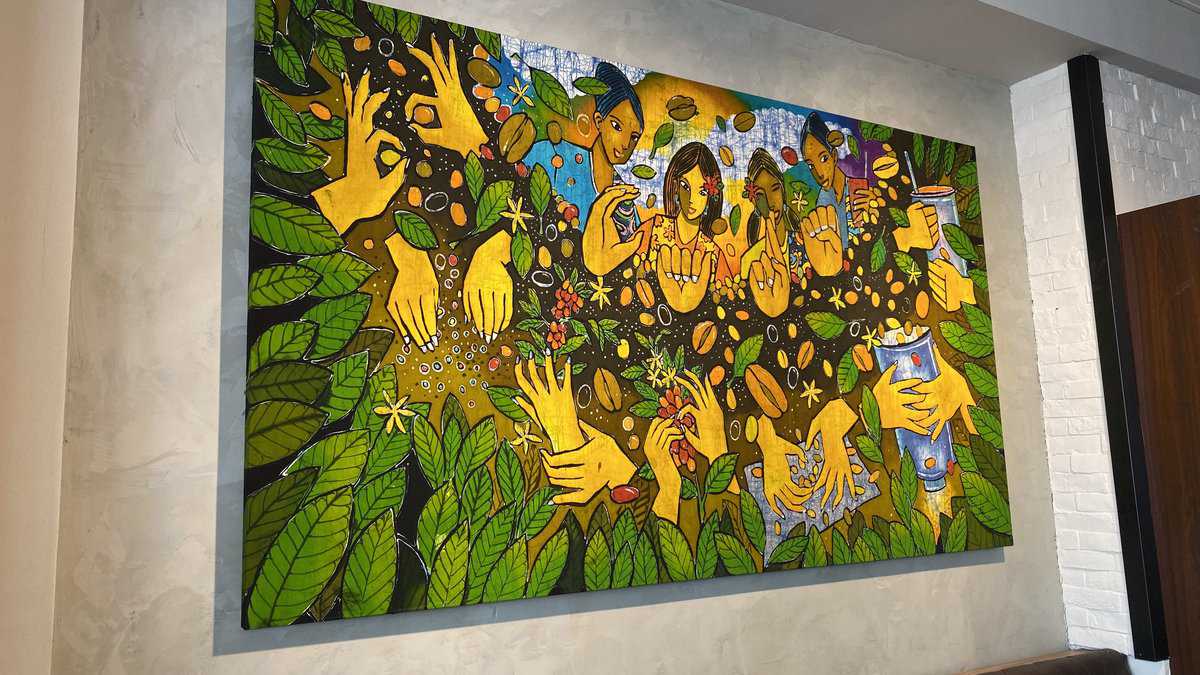 Starbucks shared their announcement in a Facebook post. As a result, many have visited the new store and enjoyed the experience.

“Our second signing store in Penang is officially in motion and brewing! Penangites, share the news and enjoy a unique experience of our Starbucks signing store,” Starbuck wrote in their caption.

In conclusion, Starbucks is empowering the deaf culture by providing career options.

Read more: Deaf Man Instantly Healed After Being Prayed For By A Pastor In An Airport