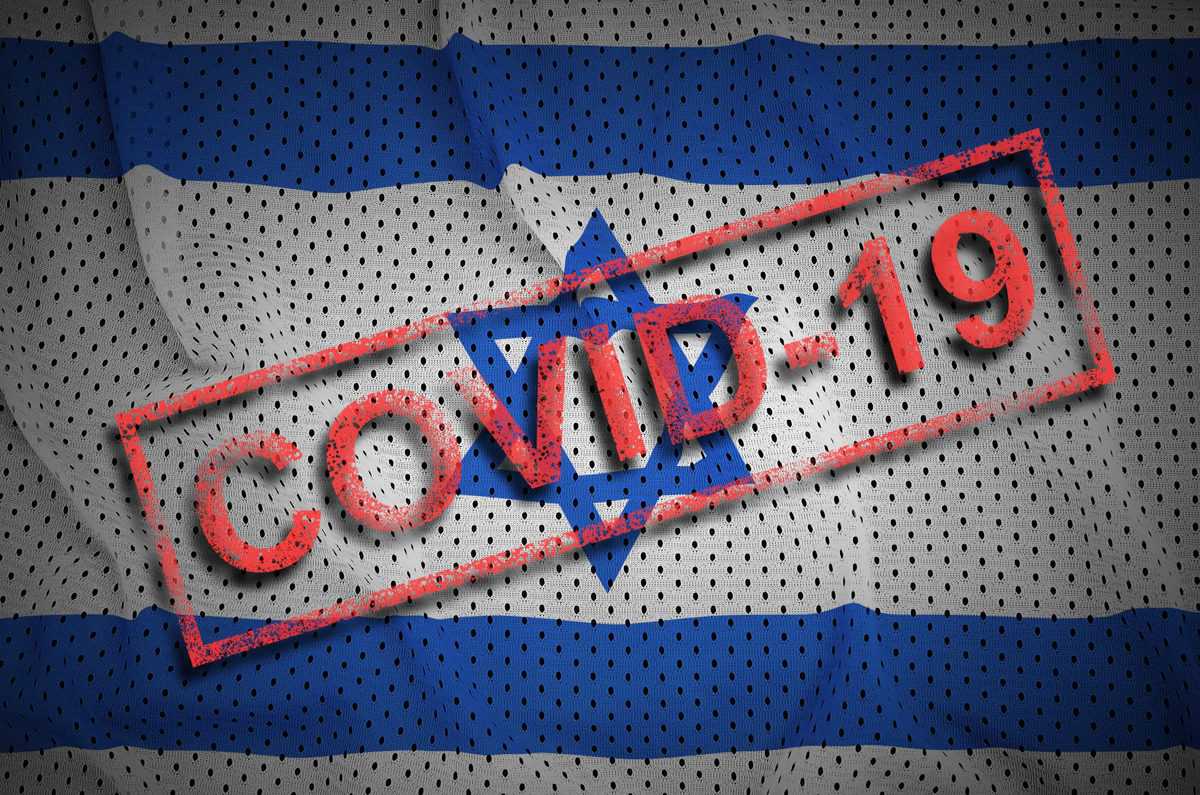 The Prime Minister of Israel Naftali Bennett has made a personal appeal to the Israeli public to observe all the new regulations and to protect people over the age of 60 from contracting the Delta variant of the Coronavirus. He also reassured the Israeli public that the country has the necessary supply of Pfizer vaccines for third vaccinations.

In the past week, Israel has taken a number of measures in an effort to stem the spread of the Coronavirus Delta Variant. The country has re-imposed mask mandates indoors and at large outdoor gatherings. The government has sent 50% of all public employees back to working from home and called on the private sector to take similar measures.

In addition, 18 more countries have been added to the Red List: the list of countries where Israelis are prohibited from traveling to because of high rates of Covid infection. The U.S. came very close to be adding to the list as well. Israeli cabinet ministers have been warning the public that a complete closure of the country may need to be imposed over the Jewish holidays in September if the situation does not improve.

This is the backdrop for Naftali Bennett’s comments today.

Bennet released a statement this morning telling all Israelis over the age of 60 that those among them who have not been vaccinated yet against the Coronavirus will have six times the likelihood of becoming infected by the Delta variant in the coming weeks. That is as compared to those people who have already received their third vaccination.

He stressed that it takes five days for the booster shot to take effect.

“I want to emphasize once again – those who are 60 years old and older and have not yet been vaccinated with the third vaccine, are about 6 times more exposed to a serious illness, and God forbid, die,” exclaimed Bennet.

The Prime Minister urged people at risk not to go out to crowded places, not to be with people who might be verified as infected. He told people that if they go to see their grandchildren then only to do so outside, in the open air, with masks.

“We need to get through these two weeks until you are vaccinated,” said Bennett. “I ask to pass the message on to the family, to take care of grandparents, the parents. Together, we will definitely overcome the Delta epidemic.”

As for the nation’s supply of Coronavirus vaccinations, Bennett said that it is sufficient, both for the present and for future needs. A number of shipments have arrived in recent days, Bennett explained and will continue to come into the country in the future.

Prime Minister Naftali Bennett said that he is in constant contact with the CEO of Pfizer, and so are the Minister of Health and senior officials in his office.

“There is no fear of a shortage of vaccines,” said Bennett. “For reasons of confidentiality, the exact number of vaccines is not published. Israeli citizens who have not been vaccinated should go and get vaccinated. There are vaccinations enough for everyone.”

“We will defeat the Delta [variant] only if the rate of immunization outweighs the rate at which the epidemic spreads,” added the Prime Minister. 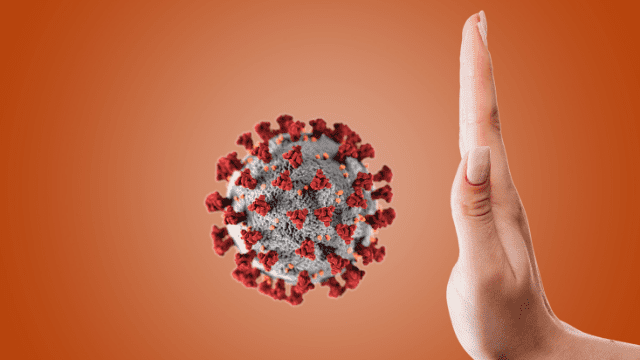 Cases Continue to Climb in Israel as Delta-plus Spreads

New coronavirus cases have climbed to 750 a day as the Delta variant makes its way through the population in Israel. Prime Minister Naftali Bennett is hesitant to do “The easiest thing closed quotes and bring the country to a halt again, like last year’s series of lockdowns. Instead, he is urging Israelis to heed the rules and do their part.

“We can beat the Delta variant without lockdowns if we’re all diligent and determined.” specifically, Bennett, as citizens to wear masks indoors, canceled trips abroad, get vaccinated, and keep their distance in public. He is also stepping up police enforcement of indoor mask use. “Within five weeks, we can finish this thing.”

While the situation is fluid, currently, Israel remains open to travelers. However, a full-scale reception of tourists has been pushed back to September. Those entering the country must have a COVID test before and after arriving and self-isolate for the first 24 hours (for 7 days if returning from a “hot zone” country where coronavirus rates are high).

Israeli health officials are urging a third “booster” vaccine for the immune-compromised. In addition, the government continues to encourage young people—teens and preteens—to get inoculated.

Despite the spike in infections, severe cases and deaths remain low.

Prime Minister Bennett hopes to keep it that way. “Our aim is to protect the public while preventing disruptions of regular life as much as possible. More transparency and fewer lockdowns. (a reference to the previous administration’s “serious neglect”). Soon the whole world will become ‘red’ (a hot zone for COVID-19), and your trip will be canceled anyway, so don’t even order.” In other words, stay home for the summer and vacation in your homeland! 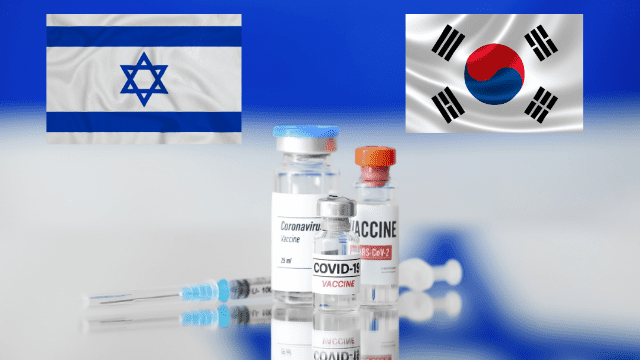 Cases Continue Rising, “Green Pass” May Be Back on the Horizon

New cases of COVID-19 in Israel topped 500 on Monday, a dramatic increase compared to the 10 to 20 daily cases at the beginning of June. The 501 registered new infections mark the highest level since March. Still, the situation is not as dire as it was in January. At the peak of the outbreak earlier this year, there were more than 10,000 new infections daily.

Currently, Israel has around 2,900 active cases, with 33 people in the hospital in serious condition. And even with the resurgence of the virus, only three people have died from COVID-19 complications since June 13. In comparison, in January, the number of active cases rose as high as 88,000. There were as many as 1,200 patients in serious condition, and almost 100 people died daily.

The current surge seems to be fueled by the Delta variant (and another mutation called Delta plus has also surfaced), which emerged from India. Ninety percent of the current cases in Israel have the Delta strain, and half of those infected are school-age children—40 percent of whom are fully vaccinated. Israel has administered more than 10.8 million doses of the Pfizer vaccine—fully covering most of the adult population. About 56 percent of the entire population is immunized. The vaccine only recently became approved for teens and pre-teens.

According to the Israel Health Ministry, the Pfizer vaccine seems to be only moderately effective—about 64 percent—against experiencing Delta COVID symptoms, but highly effective—93 percent—at preventing those symptoms from getting severe.

The Health Ministry and Coronavirus Cabinet are looking at several options to stem the tide of this outbreak. Some form of the controversial “Green Pass” (distinguishing between those who have been vaccinated and those who have not) may be reinstated for certain public events. Greater testing for travelers may be required. Additional countries may be added to the travel ban list. Enforcement of masks in closed spaces is also expected to be stepped up. But there will be no limits placed on attendance at weddings or cultural events.

“We understand that the corona will not disappear soon. We will have to learn how to live alongside diseases and other viruses.” Health Minister Nitzan Horowitz said the government is trying to find a way forward that balances protection with minimal disruption of daily life.

Interior Minister Ayelet Shaked does not rule out closing down Israel’s Ben-Gurion International as a means to keep the more virulent strains of COVID-19 from entering the country. “The situation at Ben-Gurion Airport is the central concern. The simple solution is to close the airport. But the situation today is different than it was, and we’re trying to keep the airport open. But if morbidity rises, the flights will stop.”

Israel Prime Minister Naftali Bennett is urging children 12 to 15 years old to get vaccinated and stop “putting themselves and those around them in danger.”

Even as the nation continues its drive to inoculate the people eligible and interested in being vaccinated, a supply of 700,000 doses will expire before Israel can distribute them. Israel graciously offered them to the Palestinian Authority in June, but because of push back, both for cooperating with Israel and fear that the vaccines were not effective (because they would expire in July), the Palestinians backed out, leaving 1,000,000 residents unprotected.

However, South Korea, which is dealing with an outbreak of its own and has only received enough doses to partially vaccinate one-third of its population, was happy to receive the batch of vaccines. In exchange for the “loan,” South Korea will send Israel a batch of the same amount sometime between September and November. The doses shipped out on a plane to Seoul Tuesday.