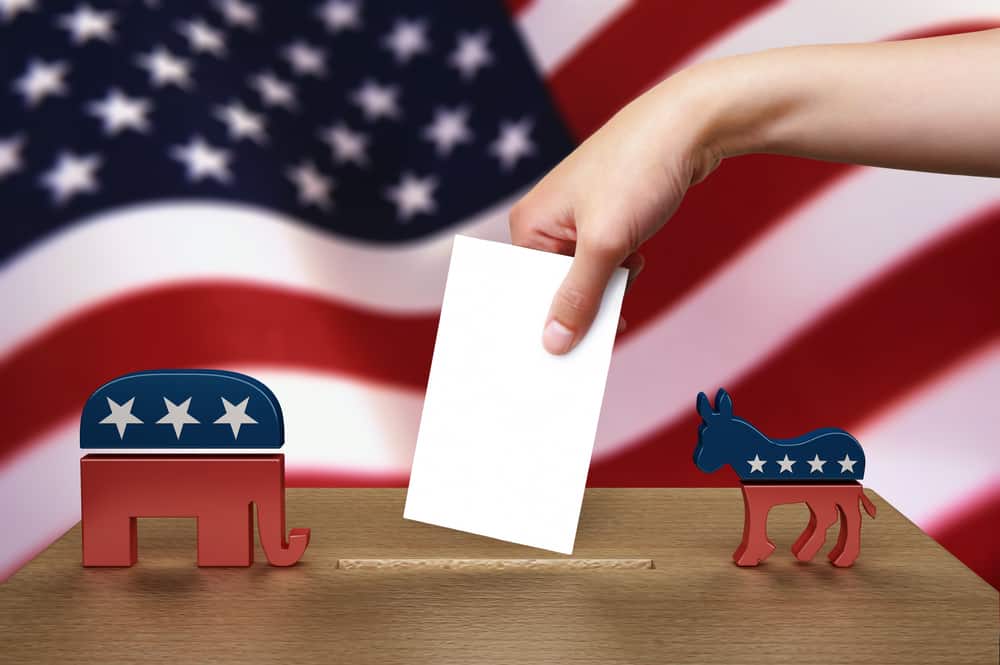 US Midterms: God Is Neither Republican Nor Democrat

There’s a fascinating account in the book of Joshua that is relevant to people of faith as we approach the midterm elections. It also ties in with a famous Civil War account involving Abraham Lincoln. As we’ll see, the lesson from both is the same.

Looking first at the book of Joshua, the children of Israel were about to fight against the city of Jericho. This was going to be the first battle in their conquest of Canaan, and it was the first major battle that would be led by Joshua.

The text states, “When Joshua was by Jericho, he lifted up his eyes and looked, and behold, a man was standing before him with his drawn sword in his hand. And Joshua went to him and said to him, ‘Are you for us, or for our adversaries?’” (Joshua 5:13).

This was a logical question to ask. An imposing warrior stood before Joshua, and he wanted to know whose side this warrior was on. “Are you for us or against us?”

The man, who was a divine messenger, answered with one word: No! That was not the answer Joshua was expecting!

When Joshua realized who was standing before him, he fell to the ground and worshiped. This warrior carried the very presence of God.

There is a similar account regarding President Lincoln. As the tradition goes, during the Civil War, he was asked if God was on his side. He replied, “Sir, my concern is not whether God is on our side; my greatest concern is to be on God’s side, for God is always right.”

We must align ourselves with God

Only God is always right, and we must align ourselves with Him, which means aligning ourselves with what is important to Him. That’s why I prefer to pray, “Lord, Your kingdom come to America” more than, “God bless America.”

Unfortunately, when it comes to the political divide, we tend to view things in black and white terms. (If you don’t believe me, just compare headlines or watch CNN and Fox News reports on the exact same things. My sentiments lean far more right than left, but I don’t take either side as gospel.)

To be candid, I have a really hard time understanding how any follower of Jesus can vote for a pro-abortion candidate. To me, that is a line drawn in the sand that I cannot cross. But the reason I normally vote Republican is not because I have a loyalty to the party. Not in the least.

Rather, my loyalty is to the Lord, and I vote for whichever party or individual that lines up more with the things I believe are important in His sight. The life of the unborn is high on that list of my moral priorities, based on my understanding of Scripture. So, to the extent a party or a politician lines with godly values, to that extent that group or individual gets my vote.

At the close of my new book on President Trump, I lay out seven principles that will help us stay involved politically without getting caught up in partisan politics. The second principle is this: Regardless of party affiliation, we must remain independent.

As stated in the book, some of my friends are registered Republicans; others (far less in number) are registered Democrats; still others Libertarian or simply Independent.  What matters, though, is that we identify more with God’s cause than with a political party, since:

1) every party is mixed, and:
2) no party, in itself, can bring about national transformation.

In that sense, we stand as God’s holy, alternative party, offering our votes and support to those who stand for what is right.

I wrote on January 30, 2017, “Let’s put our faith before our politics, lest we make the mistake the religious right made in generations before and become an appendage of the Republican Party.”

To the extent we become an appendage to a party, to that extent we sell ourselves short, and to that extent we lose our ability to bring about change. Let the political parties come to us rather than us going to them. No one should be able to bribe us or gain our votes by offering us a seat at the table.

(Some of the material for this article was excerpted and adapted from Donald Trump Is Not My Savior: An Evangelical Leader Speaks His Mind About the Man He Supports as President.)