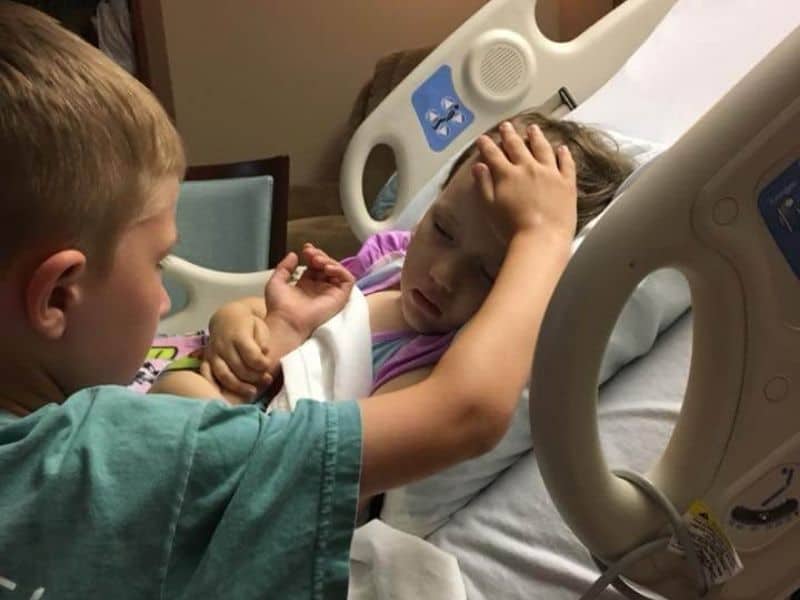 ‘God’s Up To Something Good”: Brother Says Final Goodbye To Dying Little Sister

A heartbreaking moment when a brother said his final goodbye to his dying little sister was captured in a photo. The children’s dad trusts in the Lord despite the tragedy saying “God’s up to something good.”

When Addy Joy Sooter was just 2-years-old, her grandma noticed a little problem with the young girl’s walking. Her mom and dad didn’t take the small changes seriously until after several visits to the doctor. The doctors confirmed that Addy had a deadly tumor on her brain stem.

The toddler was later diagnosed with Diffuse Intrinsic Pontine Glioma. It is “a brain tumor found in a part of the brain stem called the pons. The pons controls essential bodily functions such as heartbeat, breathing, swallowing, eye movement, eyesight, and balance.”

Cancer affected the little girl’s everyday activities including the ability to move, eat and drink. Despite having a very low survival rate, Addy’s family held their hopes high for their sweet little girl.

At a very young age, Addy underwent several treatments to fight off cancer. During the first few months, she seemed to be responding well to the medications. However, on her sixth-month mark, the treatments stopped working. The tumor grew larger and the doctors were losing their hope.

Addy’s medical team advised the family to take her home and make memories for her final moments. But the Sooters still continued to fight for her. They took Addy to Mexico for an “experimental treatment.” But sadly, the treatment couldn’t stop Addy’s tumor from spreading to her spine.

That was the moment when the family decided to let go of Addy and let her rest in peace. In a very emotional post, Addy’s dad, Matt, shared the moment when her brother said goodbye to her. Along with the photo of the touching moment, Matt expressed how he is still trusting God despite the tragedy. 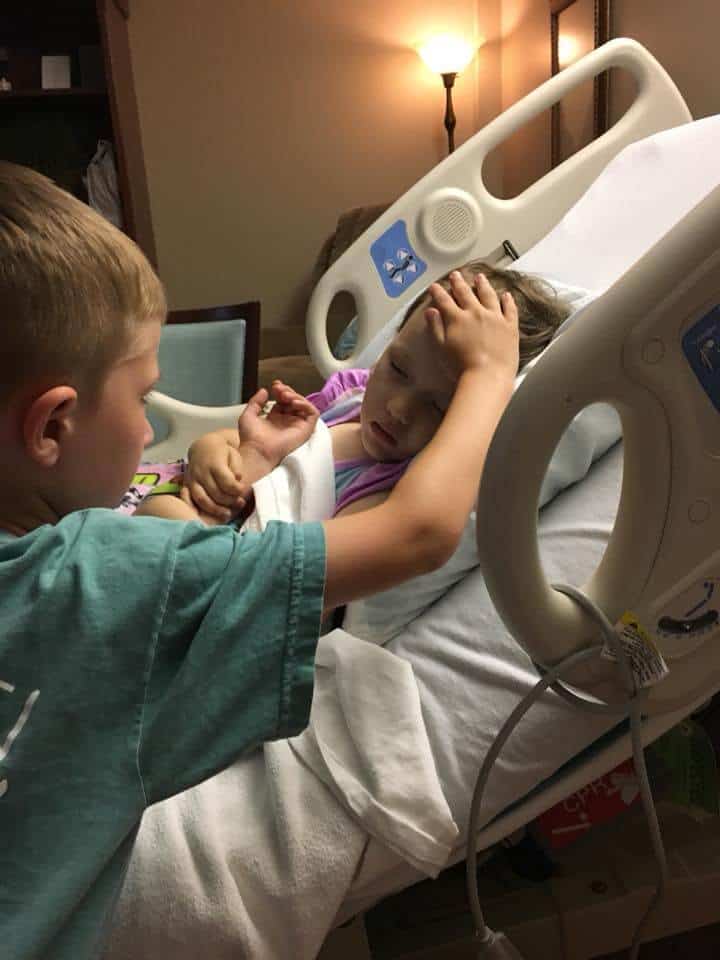 Read also: Young Cancer Patient Joins Andy Grammer On Stage To Sing ‘Don’t Give Up On Me’