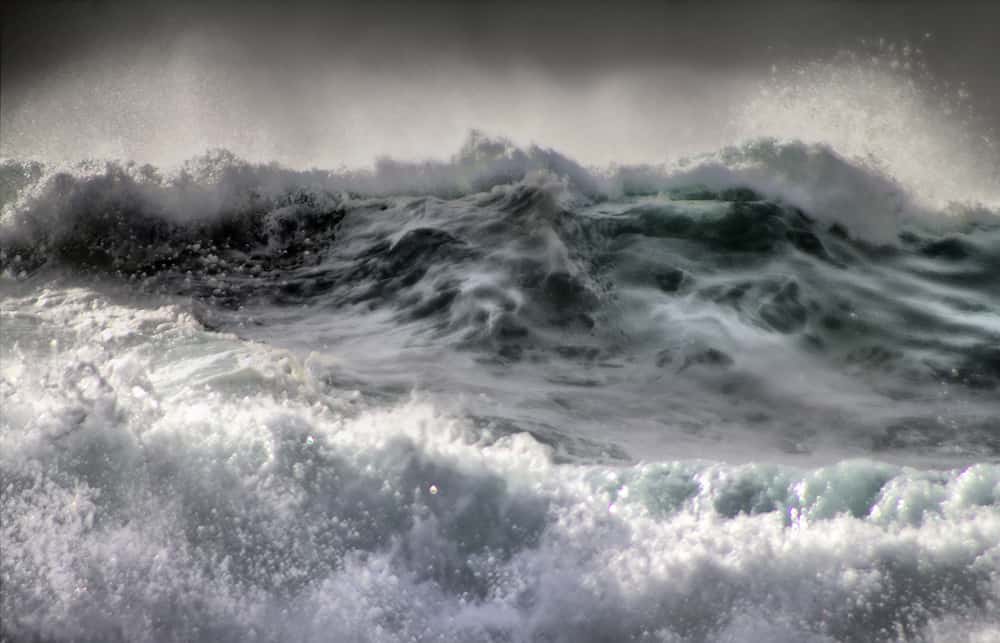 The Storms That Are Necessary To Lift Us Higher

Eagles rely on thermal updrafts to carry them to amazing heights. Even and especially around storms, where updrafts are pronounced, an eagle can use the thermal currents of the storm to rise higher—if he is willing to face into the wind.

I believe this generation will do exactly that. They will face the turmoil of the storm with confidence, using the updrafts of its turbulence to rise higher and go farther than ever before. They will not run away from the pressure. They will not quit; they will soar! Isaiah declared, “Even youths grow tired and weary, and young men stumble and fall; but those who hope in the Lord will renew their strength. They will soar on wings like eagles; they will run and not grow weary, they will walk and not be faint.”

One person who used the stormy winds surrounding him in his generation to soar high as a leader was Winston Churchill. Churchill discerned the storm of his day. It was severe, yet he believed that the United Kingdom and its allies could navigate through it. The turbulent winds of his time pushed Churchill higher as a leader and provided a context that would reveal his leadership prowess. The powerful thermals and dynamics of the World War II storm elevated Churchill immensely. I believe the same will happen with this new generation as they face the storms that surround them.

As with Churchill, a new wave of leaders will emerge in stormy times like these. They will be leaders who are ready to embrace the challenges pervading their age. These Gen Z leaders will not run from the trials of their generation but will courageously face them, understanding that it is their destiny to lead through the storm. They will use the tempestuous winds they encounter to soar high. These types of leaders are found throughout history and Scripture. They are described in Proverbs 28:2 in this way: “When the country is in chaos, everybody has a plan to fix it—But it takes a leader of real understanding to straighten things out” (msg). I believe Gen Z is filled with leaders like this—leaders who are born for the storm.

One Old Testament narrative reveals a leader who was born for the storm. The book of Ezekiel begins with this young priest living in an Iraqi (Babylonian) prison camp, far from home, enduring the ravages of war, terribly battered by the multiyear turmoil of being an exiled prisoner in a foreign land. Zeke’s (Ezekiel’s) life was filled with storms, so it is probably not surprising that God appeared to him in the midst of one. Many times, we see God’s greatest glory in the midst of our storms. The disciples were in a storm when Jesus came to them walking on the water. Job was faced with the greatest storm of his life when he saw God’s glory and was restored.

The same was true for Ezekiel. He begins his autobiography in prophecy, stating that while he was living with the exiles by the Kebar River, the heavens opened, and he saw visions of God. His first vision started with a storm. “I looked, and I saw a windstorm coming out of the north—an immense cloud with flashing lightning and surrounded by brilliant light,” he wrote. The prophet’s incredible encounter with God and ultimate calling began in what seemed to be a thunderstorm. The glory of God would soon be unveiled to Ezekiel from the middle of this storm, permeated with amazing visions. God’s appearance left him so stunned that he fell on his face. By the end of Zeke’s first chapter, we find the young prophet lying prostrate on Babylonian soil, overwhelmed by the storm of God’s presence and the circumstances of captivity. Empty, humbled, disoriented, and weakened, he was ready to hear God’s voice.

As He addressed the humbled refugee, God instructed Ezekiel to shift his posture and simultaneously empowered him with His Spirit to raise him to his feet: “He said to me, ‘Son of man, stand up on your feet and I will speak to you.’ As he spoke, the Spirit came into me and raised me to my feet, and I heard him speaking to me.”

At this moment, young Zeke was lifted to his feet and commissioned to prophesy to his generation. He was called to minister both to exiles and to those still in Jerusalem, predicting further judgment while also bringing future hope. Ezekiel was raised up as a leader in the midst of the storm of his generation. He discovered what our generation must discover: God can be found in the midst of the storm! God’s purpose for Ezekiel’s life flowed out of the storm he was living in and from the storm of God’s presence he witnessed. The turbulent events that landed Zeke in Babylon were used by God to position him for a visitation. The pain of his imprisonment opened the door for his destiny. We would have never heard of Ezekiel without the storms he encountered.

Excerpted from GENERATION Z: BORN FOR THE STORM. Copyright © 2021 by Dr. William Wilson. Published by Forefront Books. Available this October wherever books are sold.

With three decades of executive leadership experience, Wilson is recognized as a global influencer and dynamic speaker with unwavering ethics and an undeniable passion for equipping new generations.

Wilson has served as ORU President since June of 2013, leading the University through several consecutive years of enrollment growth and the University’s $50 million, 50th Anniversary campaign.

Wilson is a sought-after Bible communicator whose weekly television program, “World Impact with Dr. Billy Wilson,” has inspired and empowered viewers from a biblical worldview in over 150 nations in multiple languages.

Wilson additionally serves in numerous leadership roles including as chair of the Pentecostal World Fellowship and as an at-large member of the board of the National Association of Evangelicals.

He has authored several books, including Father Cry, Foundations of Faith, and Fasting For-ward.

Wilson and his wife, Lisa, reside in Tulsa, Oklahoma. They have two children and seven grandchildren.