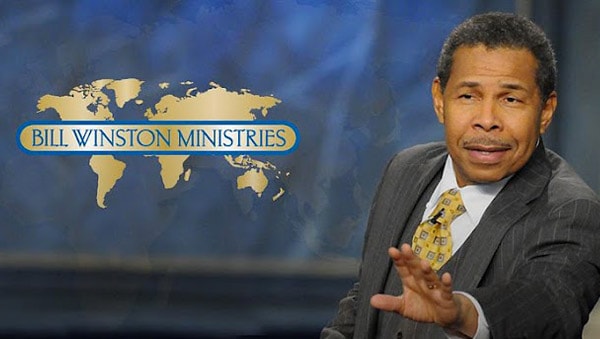 WATCH Bill Winston: The Law of Favor -You Have Been Endorsed By God

Dr Bill Winston – The Law of Favor: You Have Been Endorsed By God

With anti-Christian terrorism and persecution on the rise, Dr. Bill Winston has an uplifting and inspiring message for you today: your heritage is God’s favor. In his three part sermon series entitled “The Law of Favor,” Dr. Winston explores God’s amazing grace and how it applies to your daily life.

Dr. Winston doesn’t deny the presence of evil in this world. In fact, he acknowledges that Christians are engaged in an ongoing battle against it each and every day. But we do not fight alone. God is on our side, and we have His favor.

In Psalm 5:12, David, a Jewish warrior-turned-king who continually relied on God’s help, confidently stated, “For you bless the righteous, O Lord; you cover him with favor as with a shield.” This strong assertion was not wishful thinking; it was based on years of experience fighting the good fight.

God is so powerful that “no harassment, no weapon, no nothing” can stand against you.

How can you access this favor? God showers favor on His children – those who have repented of their sin and accepted His saving grace. No membership dues needed – simply a humble heart and a desire to live like Christ.

People who accept Christ into their lives wear divine favor. Unfortunately, many Christians don’t know it or haven’t experienced it. Why? Some Christian leaders focus too much on the battle against evil and not enough on the shield of favor. But Dr. Winston has issued a reminder that as a Christian, you are not in this battle alone. You simply need faith to access favor.

According to Dr. Winston, when you accept Jesus as your Lord and Savior, your whole life changes. Suddenly, doors that were closed for years begin to open, simply because you – a child of God – are standing in front of them.

That’s right – success is fueled by God. Attribute any success you achieve to His favor. If that feels difficult, consider whether you are trying to muscle your way through life on your own, instead of having faith in His favor.

On your way to the top of the mountain of success, don’t compromise. As Dr. Winston emphasizes, whatever you compromise to get the top will rule you once you get there. Remember, there are no shortcuts in life. To truly benefit from God’s favor, stick to the lighted path.

Understand that wherever you go, you wear divine favor. Even after Joseph was enslaved, he wore the favor of God. His master “saw that the Lord was with him, and that the Lord made all that he did prosper in his hand” (Genesis 39:3).

When you become a Christian, God blesses you and your endeavors. You no longer face evil on your own. You are a conduit of God’s light for all the world to see.

Dr. Winston’s message on the Law of Favor packs a punch, and he seals it with this zinger, “One encounter with favor is worth a lifetime of labor.” If you feel like your striving is futile, wear divine favor and let God go before you, stand beside you, and shield you from evil.

Watch the full teaching below

The Law of Favor | Dr. Bill Winston
May 30, 2017 0 comment
0 FacebookTwitterPinterestTelegramEmail