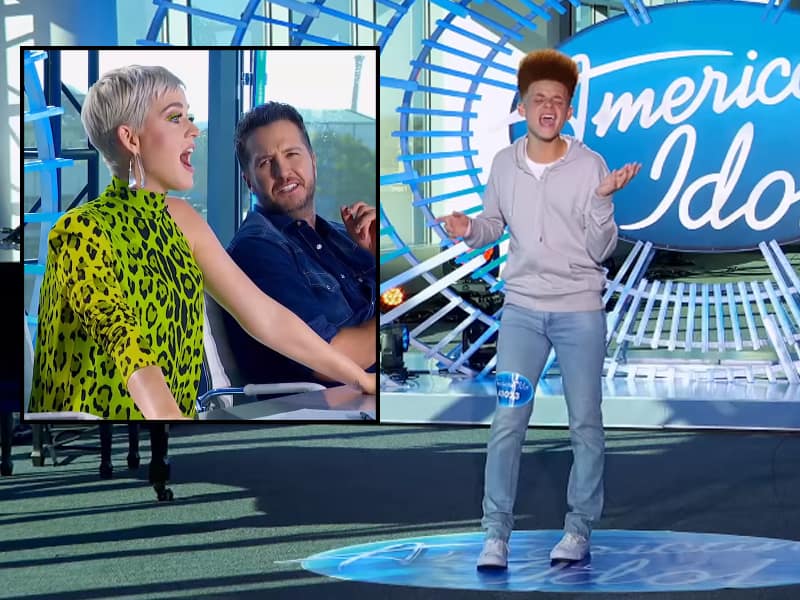 A Gospel singer auditioned on American Idol and got Katy Perry leading worship on prime time TV. Katy was also able to get her co-judges, Lionel Richie and Luke Bryan, into dancing with joyful praises!

Drake McCain is a 17-year-old teen from Spring City Tennessee who works at a local grocery store, Piggly Wiggly. He works there to help his single mom support all his 10 siblings. Drake is the oldest amongst his eight sisters and two brothers.

For his mom, he has been her “rock” and she has always proud of the man he is becoming. “I wouldn’t be able to do [things] without you and you know that. You’re just so good as a kid and I’m very, very proud,” Courtney Swafford, told Drake during the pre-audition interview.

Right at the moment, he stepped into the audition room, the judges were already taken aback by Drake’s bizarre hairdo. He has red hair that stands up for 3-inches and Lionel was jealous. “It’s the best thing I’ve ever seen,” Luke commented on his hair.

After a short introduction about him, Drake started to sing his Gospel piece that had Katy singing as well.

His Eye Is On The Sparrow

Luke Bryan was reminded about the scene in the movie ‘Sister Act’ when a teen kid sang ‘Oh Happy Day.’ Katy then started to sing the song and Drake joined in. All of a sudden, they were all singing and dancing with the song!

Indeed it was a “happy day” for Drake because the judges loved how he harmonized on a duet with Katy. Drake McCain is in for the next round and he’s going to Hollywood!