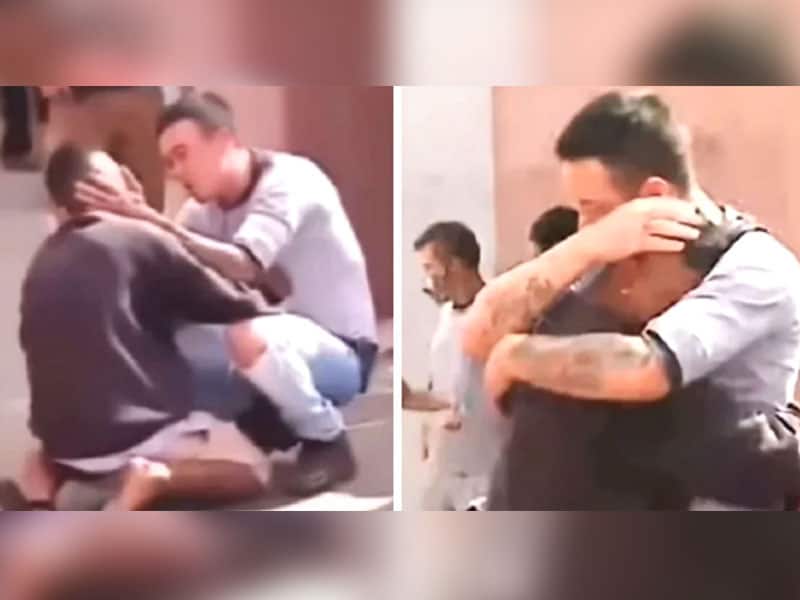 A forgiving dad surprisingly hugged and comforted the driver who hit his 10-year-old daughter while driving the streets of Brazil.

One day, 10-year-old Haghatta was playing outside when her ball went into the street. As she chased the ball without looking, a car drove by and accidentally hit her. The little girl had rushed in front of the car, not giving the driver time to stop. He slammed on the brakes, but the car still hit the young girl.

The ambulance immediately came and rushed Haghatta to the hospital. Meanwhile, the driver who hit the child was devastated by what happened. Tears ran down his face, and felt so much anguish for causing the little girl harm. He couldn’t stop crying. But to everyone’s surprise, a man stepped in and comforted the driver—Haghatta’s father. 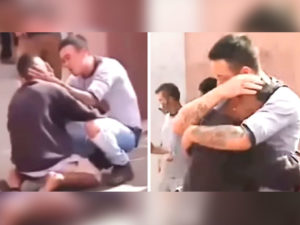 Haghatta’s dad was deeply concerned for his daughter, but unexpectedly, still managed to show compassion towards the driver.

The father’s forgiving gesture shocked the driver. Her dad didn’t condemn him, but instead displayed unconditional love, even though he had hurt a member of his family.

Thankfully, the 10-year-old didn’t receive any significant injuries. Praise God, she is now on her way to full recovery. The dad also invited the driver to visit their house.

This was truly a heartwarming story of unconditional love. However, 2,000 years ago, Jesus showed a more profound and pure love when He died on the cross for us.

“But God demonstrates his own love for us in this While we were still sinners Christ died for us.” -Romans 5:8 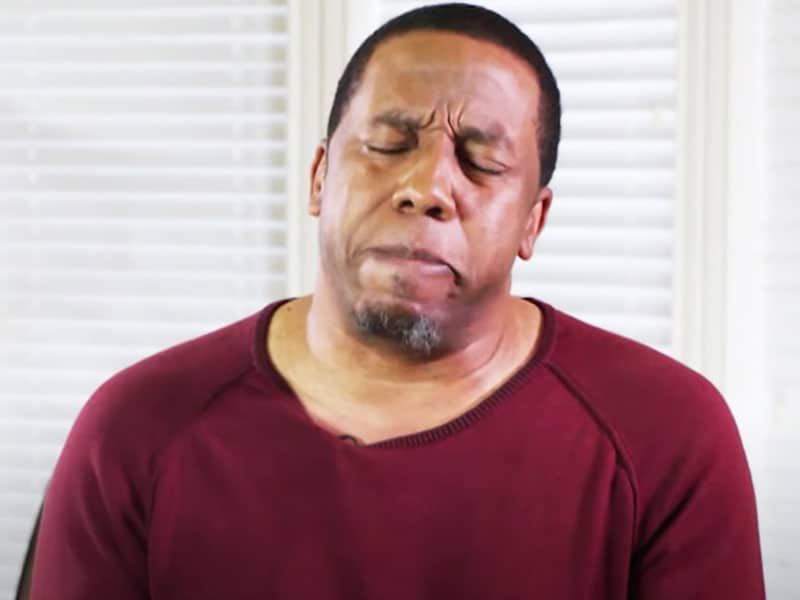 Dad’s Message To Man Who Killed His Only Daughter, ‘I Love You And God Loves You’

A 6-year-old girl died in a hit-and-run car accident. But instead of rage and revenge against the driver who killed his only daughter, her father responded in love.

Only Daughter Dies In Hit-And-Run

On Jan. 16, 1996, the only daughter of Harold McDonald, Shantaya, was hit by a car. Apparently, the little girl dropped a picture in the street she had drawn for her dad. When she went back to pick it up, and a speeding car hit her and ran away. Sadly, it took the life of Shantaya. 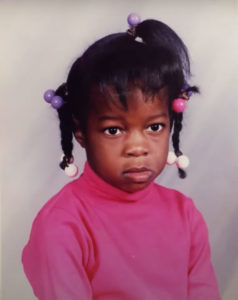 When Harold learned that her daughter died, he grieved in despair. However, his response towards the driver who killed his daughter surprised the whole community.

When reporters asked what message he would give the person responsible for his daughter’s death, his response touched everyone.

Harold pleaded to the driver to turn himself in and said, “I love you and God loves you.”

The next day, Mandrell turned himself in to the police, and Harold didn’t press charges. After authorities released the 18-year-old, Harold then visited the young man the following day.

Mandrell sincerely asked for Harold’s forgiveness, crying and repenting for what he did. The father hugged the young man and prayed with the man who killed his daughter.

“Forgiveness wasn’t for Mandrell. It was for me. And it started the process of healing instantly,” Harold stressed.

For him, it was enough that he became an example to many how to forgive, give grace, and love even amidst pain and grief.

Watch how God turned all of Harold’s excruciating memory into a beautiful story. Prepare your tissues!

How He Forgave the Man who Killed His Daughter

ALSO READ: For 20 Years, Man Couldn’t Forgive Himself For The Death Of His Best Friend