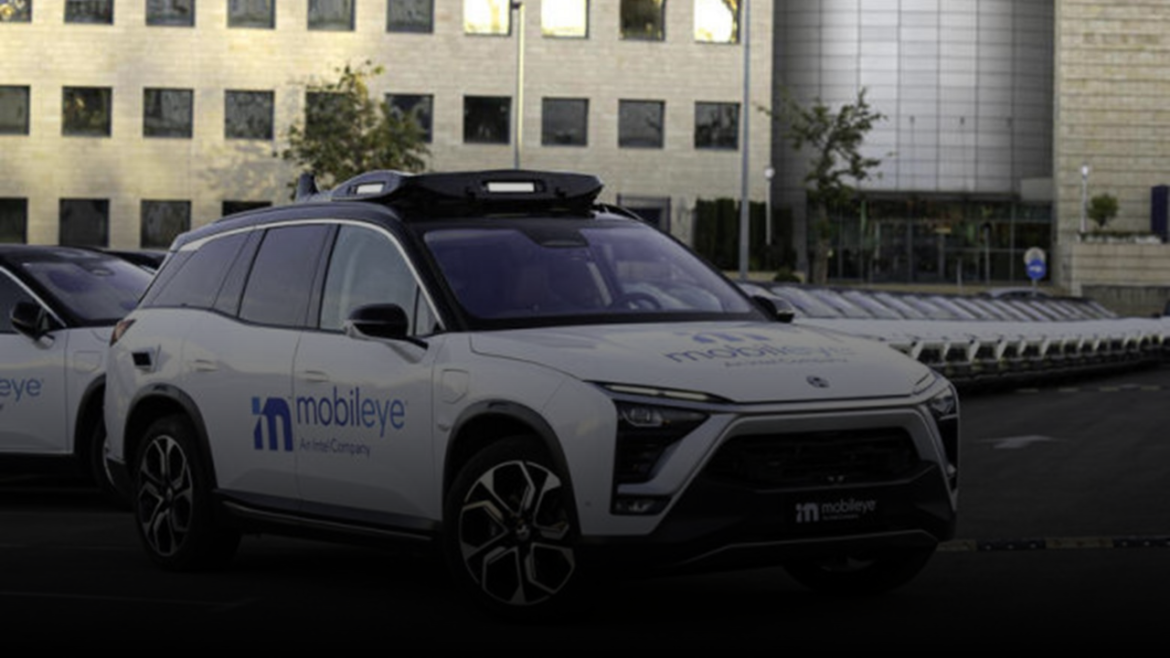 Driving in Israel, especially in Jerusalem, is…well, it’s not like driving in America. The traffic light system is slightly different, and everyone drives with their horn—not like in the US, where it means you are angry… it’s more like how you use your blinkers—to signal someone what you are doing or about to do. And no one ever really stops (or if they do, it is not for long, or it’s because something is blocking traffic). Cars stay in motion, and everyone is always looking for just a few inches of room so they can slide into the flow.

Driving in Tel Aviv often feels like a video game, but if you lose, someone could get maimed or even killed. It’s better to forget most of what you know about driving wherever you have lived before and just learn to go with the flow. And now, it appears that sometime later this year, I may find myself hailing a cab only to find it’s a vehicle with NO DRIVER.

Mobileye, an innovative company in Jerusalem that was purchased by Intel a few years ago, plans to introduce robotic taxis—no drivers—into the mix, to begin with in Tel Aviv and Munich, Germany. Last week, Mobileye unveiled its autonomous “robotaxi,” showcasing a 40-minute (amazingly accident-free) ride around Israel’s capital, Jerusalem.

The Israeli government gave approval for driverless cars in March of this year. On Tuesday, Mobileye said the successful test of its autonomous driving system through the streets of Jerusalem was a “major milestone.” The vehicle managed to maneuver its way through Jerusalem’s narrow streets, heavy traffic and even dodged one human driver who made an illegal U-turn (a shocking move by a human driver in Jerusalem!). Mobileye also managed to “mimic the multi-stop behavior of a ride-hailing service with humanlike skill.”

The robotaxi project is a collaboration between Mobileye, SIXT, a German-based international rental car company, and Moovit, an Israeli transit data company. SIXT will maintain the fleet of Chinese-built seven-seater SUVs (Mobileye will own the vehicles), and customers can hail the taxis through the Moovit or SIXT apps.

While the autonomous taxis will be field-tested in Israel and Germany to begin with, Mobileye looks to go global with its robotic ride-hailing services. They hope to reduce traffic fatalities worldwide with their innovative vehicle. It is estimated that 1.35 million people die in car accidents every year around the globe. And more Israelis die in automobile wrecks than by terrorism on average every year (around 300 Israelis die in traffic accidents each year).