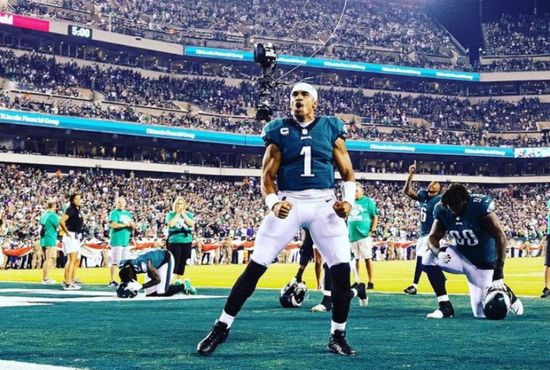 Eagle’s quarterback Jalen Hurts boldly declared that “God is everything, and He’s worthy of praise,” during a postgame interview.

Jalen Hurts is a quarterback for the division-leading Philadelphia Eagles and is a man of faith. The 24-year-old athlete helped the entire team off to a start of 3-0 on this year’s NFL preseason. he became a starter at the end of his rookie year in 2020 and eventually became a full-time starter last year when the team played until the playoffs.

Jalen gave a standout playing during the past games until their recent game today against the Washington Commanders. During a postgame interview, the Christian athlete said that it was his faith that drives everything he does.

“That’s something that I’ve just matured in and realized – that God is everything and He’s worthy of praise,” Jalen said. “You have to put Him in the center of everything that you do. And that’s what I believe. … I’ve been blessed to grow, learn things, and just mature. And I know God has been there the whole entire way.” 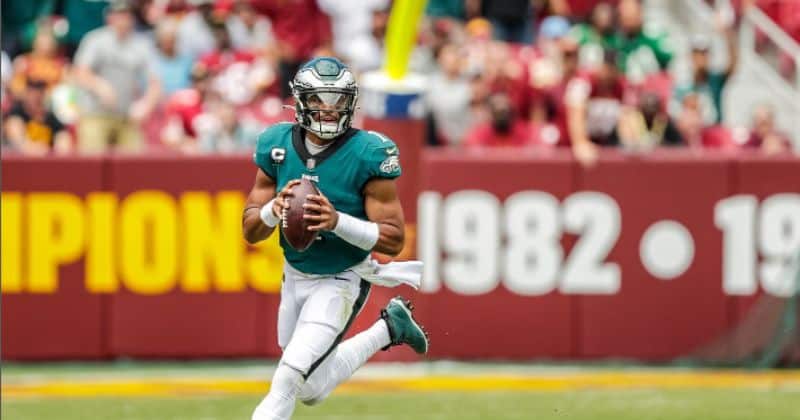 “God is everything, and He’s worthy of praise”

As an NFL starting quarterback, he wanted to use his platform for good and for the Glory of the Lord.

“I keep God at the center of everything,” he said. “I give Him all the praise, I lean on Him all the time. And I know that everything unfolds the way it’s supposed to. … I just want to set the right example, and I want to be remembered [as] someone who made a difference. You know – that’s an everyday thing. It’s something that I think about every day.”

Read also:  ACTOR STELIO SAVANTE SAYS HE GETS NEWS FROM THE BIBLE