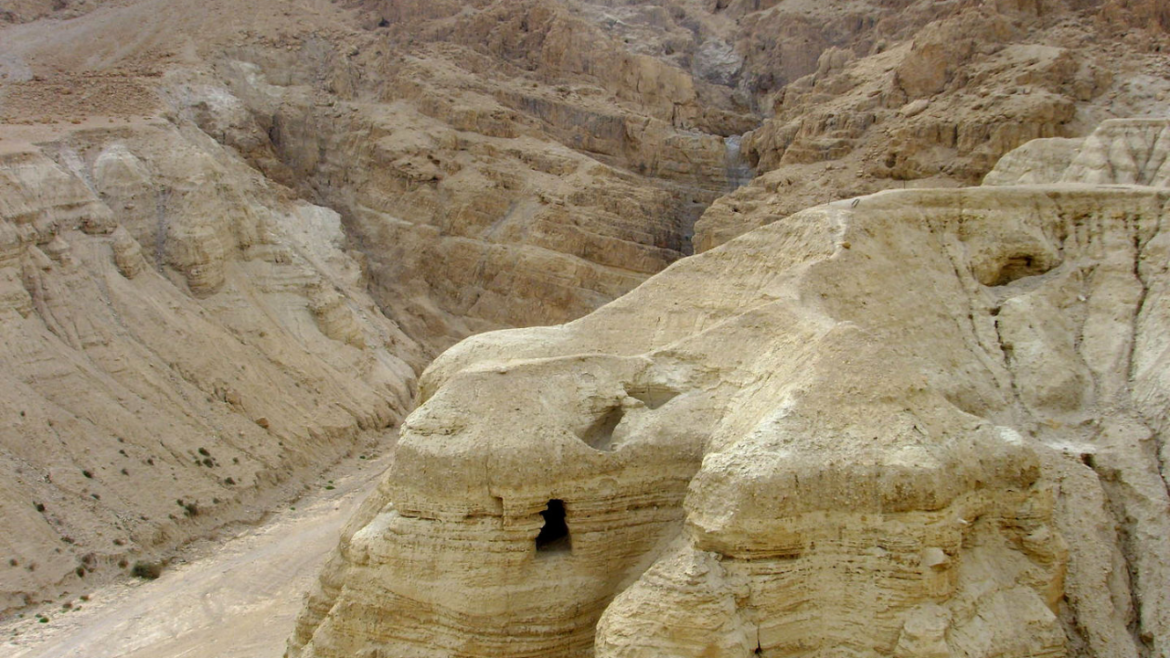 The caves of Qumran—most famous for the Dead Sea Scrolls—have yielded another treasure: an intact 5,000-year-old ancient jug from the Early Bronze age. The well-preserved piece of pottery was accidentally discovered when American Robbie Brown and a friend made the climb up to Cave 53 in Qumran—a cave well known to the Israel Antiquities Authority (IAA).

“It’s amazing. Only about two years ago, our archaeologists surveyed the cave as part of a survey of the Judean Desert caves, which has been conducted continuously for the past five years and was intended to document and locate all ancient finds in the desert caves,” said IAA Robbery Prevention Unit Director Amir Ganor. “It’s good that the person who entered the cave was Robbie, who participated in (a previous) excavation and is aware of the importance of the finds and their role in completing the archaeological puzzle of the Land of Israel.”

Brown was also a part of an antiquities dig in 2017 in the same region. At that site, an ancient blank scroll and some ancient dates and olive seeds were unearthed. When Brown and his friend stumbled upon the ancient jug, they alerted Dr. Yuval Baruch with the IAA.

“In a few caves, pottery shards were found, providing evidence of the Early Bronze Age. This is perhaps the first complete vessel we have found from this period in the caves of the Judean Desert,” Ganor said.

Unfortunately, smuggling and trafficking in ancient artifacts are very common in Israel and throughout the Middle East. As a result, many of the pieces wind up in private collections rather than in museums for academic study and public viewing.

Brown’s discovery might be the first intact piece of its kind found in the region. Qumran is an area in the Judean Desert filled with caves. It is believed that hundreds of Jews lived there in ancient times, not only in the caves, but they built buildings and ritual bath areas.