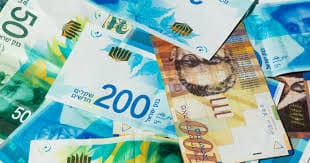 Israel’s defense budget will be gradually increased to 6% of Gross Domestic Product (GDP) over the coming years, Prime Minister Binyamin Netanyahu said Wednesday as he presented a document labeled “Israel’s Security Outlook 2030” to the Security Cabinet.

The move marks a dramatic reversal in policy following decades in which the defense budget as a percentage of GDP has been in decline. In 2008 Israel spent 6.5% of GDP on defense and in 1992 the figure stood at some 15%.

“In view of Israel’s small size, the concentration of population and the numerous threats it faces, its defense needs will always be greater than those of countries of similar scale. The Israeli economy is strong enough to enable these budgetary additions,” Netanyahu said.

“Over the past two decades we have developed a free [market] economy in order to serve the needs of the state, first and foremost among them security. In the face of the threats we face, today we are at an inversion point. Today, we are required to invest more in security and defense to protect our achievements and ensure continued economic growth.

“The combination of our strong defense capabilities and our strong economy will increase Israel’s equity in the eyes of other countries and increase it diplomatic prowess.”