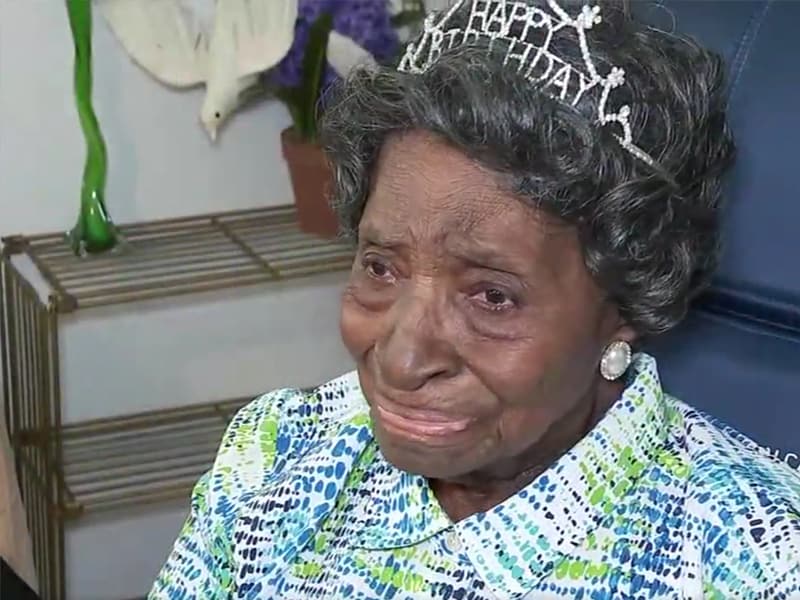 The 110-years-old Elizabeth Francis said it was God who is “keeping” her alive and well.

Elizabeth was born in Louisiana on July 27, 1909, and presently resides in Houston, Texas.  On her 110th birthday this year, she was emotional talking about her family and friends who came to celebrate. When asked about her secret for longevity, she credits her long life to God and her faith.

“Blessing of the Lord. He’s the one keeping me. That’s why I’m living,” said Elizabeth.

Elizabeth also had a sister, Bertha Johnson, who lived until 106-years-old until she passed away in 2011.

For a woman her age, she is relatively healthy and her memory is still sharp. Elizabeth’s family was joyful that she has been a part of their lives for such a long time. They are also grateful for her wisdom, stories from the six generations she has seen and her smiles.

“It’s really special because she’s been able to watch and see all of her grandchildren grow up and be a part of their lives,” said Ethel Harrison, Elizabeth’s granddaughter.

On the year she’s born, the Oval Office is still in construction, France and Germany signed a treaty about Morocco, the first subway car with side doors operated and the Hudson Motor Company is founded. It is also this year that the first Nation Woman’s Day is observed in the United States.

Globally, today’s life expectancy for women is only 72 years of age which means that Elizabeth has almost outlived her life expectancy for four decades. She is a living miracle and evidence that when the Lord blesses, He blesses beyond all we could ask or imagine!