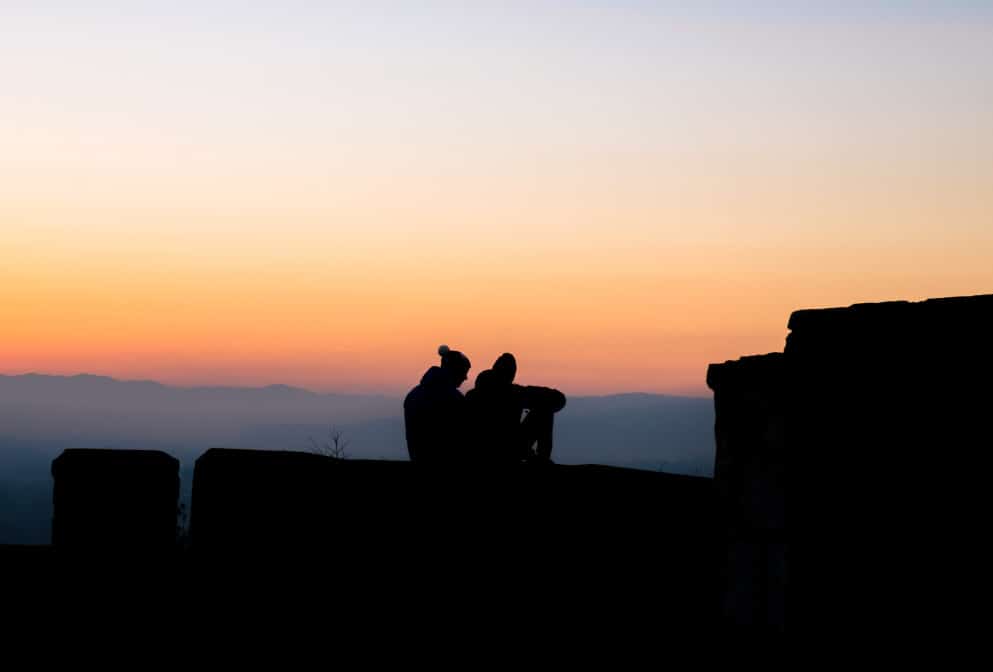 Speak Life To The Lame Man

“One day Peter and John were going up to the temple at the time of prayer—at three in the afternoon. Now a man who was lame from birth was being carried to the temple gate called Beautiful, where he was put every day to beg from those going into the temple courts.  When he saw Peter and John about to enter, he asked them for money. Peter looked straight at him, as did John. Then Peter said, “Look at us!”

So, the man gave them his attention, expecting to get something from them. Then Peter said, “Silver or gold I do not have, but what I do have I give you. In the name of Jesus Christ of Nazareth, walk.”  Taking him by the right hand, he helped him up, and instantly the man’s feet and ankles became strong. He jumped to his feet and began to walk. Then he went with them into the temple courts, walking and jumping, and praising God.” – Acts 3:1-8

While reading through these verses in the scripture, a question came into my mind: How long have Peter and John been ignoring or have not been noticing the lame man sitting at the gate of the temple? Certainly, they go to the temple to pray on daily basis. In the same chapter, we learn that everyone knew the lame man very well. The people knew he was the man who has always been at the gate Beautiful. Has the lame man not always been begging and  expecting to receive something? Then, what was the trigger for Peter and John paying attention to the man?

Firstly, to answer why Peter and John have not been noticing the man at the gate, it is advisable to give a little context. We have to know that before Peter and John went to the temple to pray, they have just been baptised with the Holy Ghost. Prior to Jesus’ ascension, He promised His disciples that He shall send His Spirit to come upon them and His Spirit shall empower them and guide them in all truth. Jesus also told them “Verily, verily, I say unto you, He that believes on me, the works that I do shall he do also; and greater works than these shall he do, because I go unto my Father” (cf. John 14:12).

Secondly, when the Holy Ghost had finally come on the day of Pentecost, he empowered the apostles. Therefore, the appostles believed. Finally, the one special gift, who Jesus had promised them, had come. They were empowered with unknown tongues, the gift to heal, to prophesy and to perform miracles, signs and wonders (cf. Acts 2:11, 18).

Now, imagine, with the same power, they walked to the temple and they knew they have been transformed and were no longer the old Peter and John who had been mourning the death of their saviour. They were certain that there was no reason to mourn anymore because Jesus not only dwelt with them, but He now dwelt in them. They were thus harbouring the Spirit of Christ. This is the revelation given. In their hope, they could do the same work through Jesus’ Spirit. They could even perform greater works because, on the one hand, Christ dwelt within them and on the other hand, Christ now sat at the right hand of God, advocating for them. I try to imagine the joy and fire they were filled with.

Where the Spirit of the Lord is darkness cannot resist

Where the Spirit of the Lord is darkness cannot exist nor even resist. This is the reason I believe Peter and John noticed the lame man at the gate Beautiful. The Spirit in them could not bear the captivity in which the man found himself. Peter and John receiving these insights, they could not hide the gift of the Holy Spirit. Indeed, they were not having money for alms. However, they were convinced they possessed something greater than money. Both apostles knew the Spirit was far greater than gold and silver. Having the Spirit meant to them guarantying people’s access to salvation.

Speak life to your lame friend

Sometimes, we have friends around us who are going through hard times, through similar situations as the lame man. They may be suffering from severe pain, addiction, living in broken homes or they may have lost hope in life. They are sitting at the gate Beautiful which leads to the temple; however, they cannot enter the temple. They do not know how. Their situations have lamed them. They only see alms as the only solution, meanwhile, you are having Christ in you can just speak a word of salvation to them. They may not want your money nor your pity. But they are just looking for that which you possess. They want the gift you have obtained through Christ. The gift of salvation.

Listen to this song by TobyMac, as you pray for the lame people in your life. I believe God has not placed them there without a reason.

So speak life, speak life
To the deadest darkest night
When the sun won’t shine and you don’t know why
Look into the eyes of the broken hearted
Watch them come alive as soon as you speak hope
You speak love,
You speak life, oh oh oh oh oh 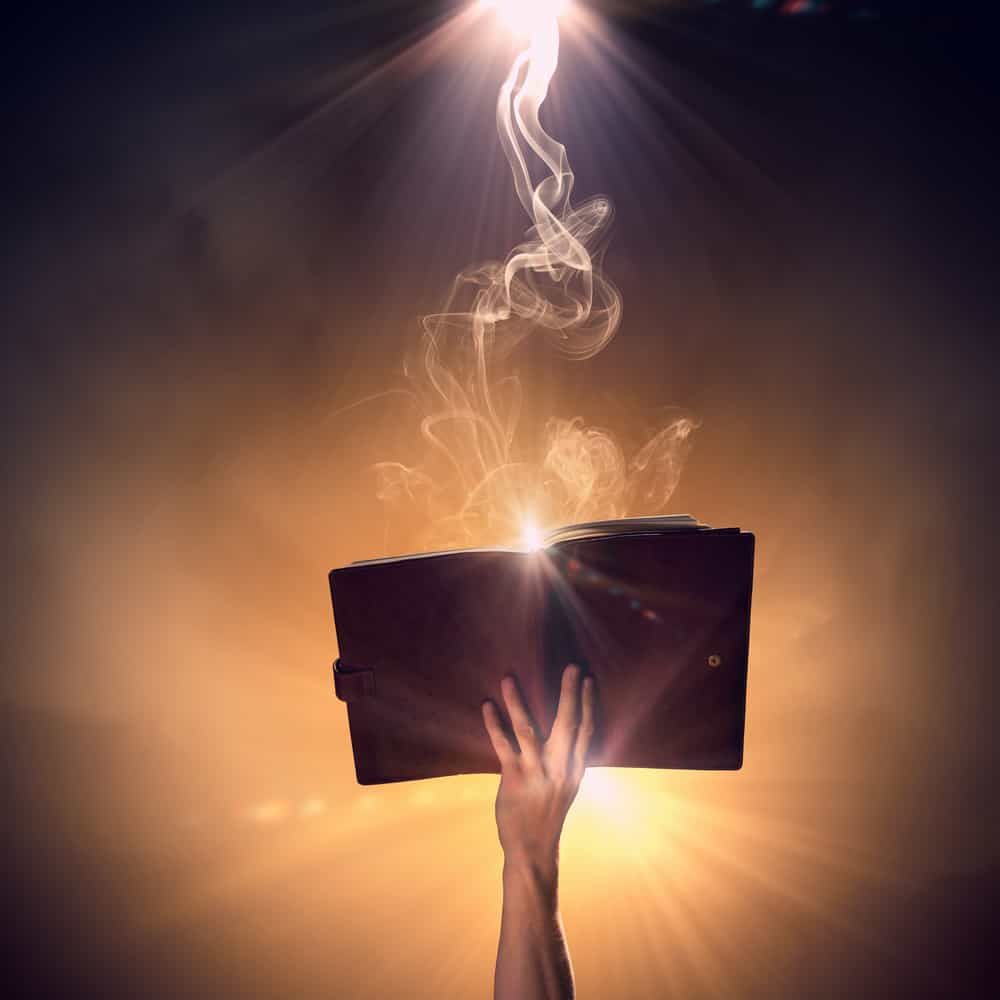 Reading the Bible with the Holy Spirit as Your Companion

We Need Both the Spirit and Scripture

As a student in Bible college and seminary I was given tools, “rightly handling the word of truth,” (2 Timothy 2:15). Bible study methods and the art of studying Scripture were taught by great professors and scholars. However, I had a hard time combining what the Holy Spirit said in the Bible, and what He is saying in the present through spiritual gifts and in my personal time spent with Him. But I knew He is my present companion and Comforter and enjoys speaking to His kids.

Most literature said we could not combine both for fear of taking Scripture out of context. There seemed to be a great chasm between studying the Scripture and the present work of the Holy Spirit. Many Spirit-filled denominations and associations are guilty of teaching this disconnect, confusing their ministers in training.

But that is far from the truth. We need both the Spirit and Scripture. Through on-going study and revelation, I learned that the wonderful Holy Spirit is still speaking through Scripture! The great chasm can be bridged. Not only has He spoken as recorded in Scripture, but He is speaking. Continually revealing Himself to us through the Bible and to present circumstances.

Romans 10:17 says, “So faith comes from hearing, and hearing through the word of Christ.” Many people tend to think this refers only to hearing the preaching of the gospel. But it actually refers to preaching and prophesying. It includes the written word of the past but also the Spirit-empowered spoken word of the present. And what He is saying to us personally, to our churches and movements will not contradict what He has said in the Bible. 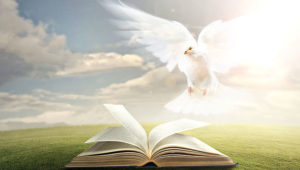 Jesus, the Living Word of God

Our time reading the Bible should be exciting and adventurous, a personal encounter with Jesus through the Holy Spirit. An oft-quoted Bible verse in our churches is Hebrews 4:12. Most pastors and leaders quote it referencing the Bible. And I think that is well and good, but misses the point seen before verse 12 and after it.

If you look a little closer it is not just talking about Scripture. In context, it is talking about Jesus the Word of God. And the verses before Hebrews 4:12 are elaborating on God speaking creation into existence, and according to John 1:1 Jesus is the logos Word of God. And Hebrews 4 ends with Jesus as High Priest, our spoken confession.

Hebrews 4:12-13 says, “For the word of God is living and active, sharper than any two-edged sword, piercing to the division of soul and of spirit, of joints and of marrow, and discerning the thoughts and intentions of the heart. And no creature is hidden from His sight, but all are naked and exposed to the eyes of Him to whom we must give account.” And the Holy Spirit helps us encounter Jesus every time we read and study the Bible.

The wonderful Holy Spirit must be included in our study of Scripture. He is the best teacher (Nehemiah 9:20, John 14:26, 1 John 2:27). Fellowshipping with Him enhances our understanding of the Bible. Increasing our faith as we continue growing in friendship and community with Him and one another.

This week in your Bible study, please continue your observations, interpreting and applying what you’ve read. But add one simple question to your study. Ask the Holy Spirit directly: “What are you showing me through this Scripture, Holy Spirit?” Then wait on Him, writing down what He says to you. He is the sole reason I have published the Spirit Empowered Journal in the US and UK with this direct question for Bible study.

In the next article in this series I will share another simple step adding to your Bible study, Reading the Bible in Community. I believe it will help empower you, enhancing your spiritual growth, and equipping us to be Spirit-empowered.

You may also like to read: This Is What It Looks Like When the Holy Spirit’s Awesome Power Sweeps Over You! 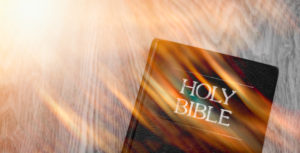