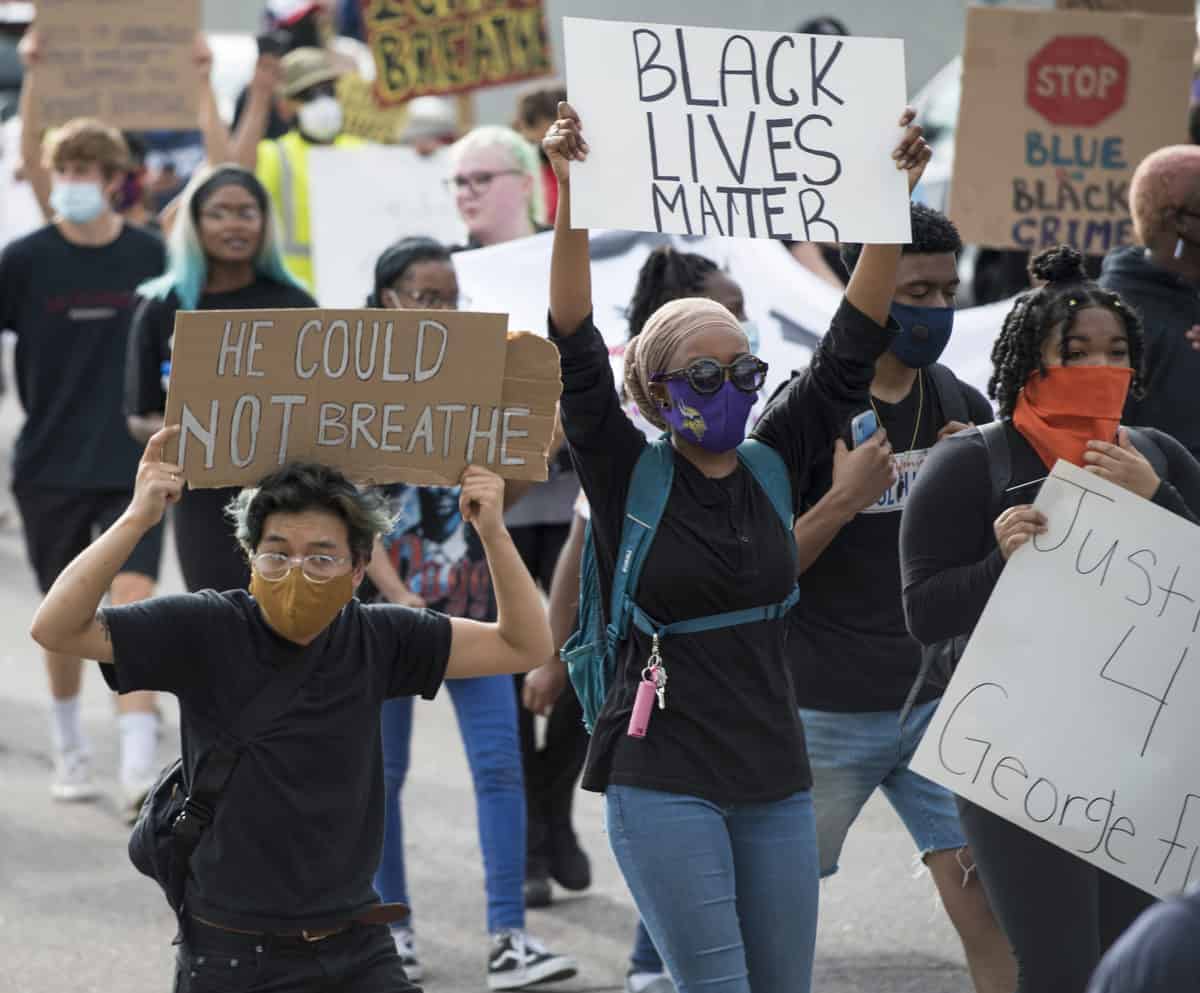 The accusation of buying cigarettes with a counterfeit $20 bill cost George Floyd, a 46-year-old black man, his life. Four Minneapolis police officers arrested him and pinned him down, leaving him unable to breathe. He called out for help saying he could not breathe but they didn’t budge. He soon lost consciousness and showed no signs of life. The aggressive and heartless manner in which the white police officers treated him snuffed out his life. Where is the justice in this situation?

Many scars reopened in the hearts of black people in America the moment an onlooker’s video showed the world what had really happened. It exposed the callous attitude the white officers had to George Floyd’s situation and how they turned a deaf ear to his cry for help. Derek Chauvin, the officer who pinned Floyd to the ground kept his knee on his neck for eight minutes and 46 seconds. He didn’t move his knee even after Floyd became unconscious and for a full minute until paramedics arrived at the scene.

There are many questions we have to find answers for. How could a simple situation quickly become a life and death situation where a man lost his life? Isn’t that injustice? Don’t the law-keepers follow the laws themselves? Are they not accountable for their own actions? If law-keeping officers are found to be instruments of injustice rather than justice, who can the people seeking justice go to?

Habakkuk 1:3b-4 says, “For destruction and violence are before me; and there is strife, and contention arises. Therefore the law is slackened and justice and a righteous sentence never go forth, for the [hostility of the] wicked surrounds the [uncompromisingly] righteous; therefore justice goes forth perverted.”

God warns us that we should not let injustice and violence prevail. In Genesis 6:11-12, it clearly says, “The earth was depraved and putrid in God’s sight, and the land was filled with violence [desecration, infringement, outrage, assault, and lust for power]. And God looked upon the world and saw how degenerate, debased, and vicious it was, for all humanity had corrupted their way upon the earth and lost their true direction.” We all know that this situation ultimately led to the flood during Noah’s time when God wiped out the earth of its population and started over again with Noah.

All of mankind can trace their roots back to Noah’s family as God chose to continue humankind through them. This should remind us that no matter how we look, we are all the same – human beings who belong to one human family. Galatians 3:28 tells us, “There is [now no distinction] neither Jew nor Greek, there is neither slave nor free, there is not male and female; for you are all one in Christ Jesus.”

The USA is a nation with strong Christian roots. How can such grave injustice be perpetrated on the basis of race in such a land? Jesus died for people of all races, not just for whites. Those who say they believe in God, follow the Bible, and uphold Christian values would be totally wrong in permitting atrocities against any one race or community.

We need to remember that God is the ultimate Judge and He will judge even the authorities who act unjustly. Psalms 9:12 says, “For He Who avenges the blood [of His people shed unjustly] remembers them; He does not forget the cry of the afflicted [the poor and the humble].” In Isaiah 61:8 God Himself says, “For I the Lord love justice; I hate robbery and wrong with violence or a burnt offering. And I will faithfully give them their recompense in truth.”

Hebrews 10:31 warns us, “It is a fearful [formidable and terrible] thing to incur the divine penalties and be cast into the hands of the living God!” Ezekiel 9:9-10 reveals what happens when God intervenes. “Then said He to me, ‘The iniquity and guilt of the house of Israel and Judah are exceedingly great; the land is full of blood and the city full of injustice and perverseness; for they say, “The Lord has forsaken the land; the Lord does not see [what we are doing].” And as for Me, My eye will not spare, neither will I have pity, but I will recompense their wicked doings upon their own heads.'”

Job 34:28 tells us that God hears the cries of the people, “So that they caused the cry of the poor to come to Him, and He heard the cry of the afflicted.” The best thing for everyone in authority to do would be to heed what 2 Chronicles 19:7 says, “So now let the reverence and fear of the Lord be upon you; take heed what you do, for there is no injustice with the Lord our God, or partiality or taking of bribes.”

Read Also: George Floyd Left A Legacy In Spreading The Gospel Of Christ