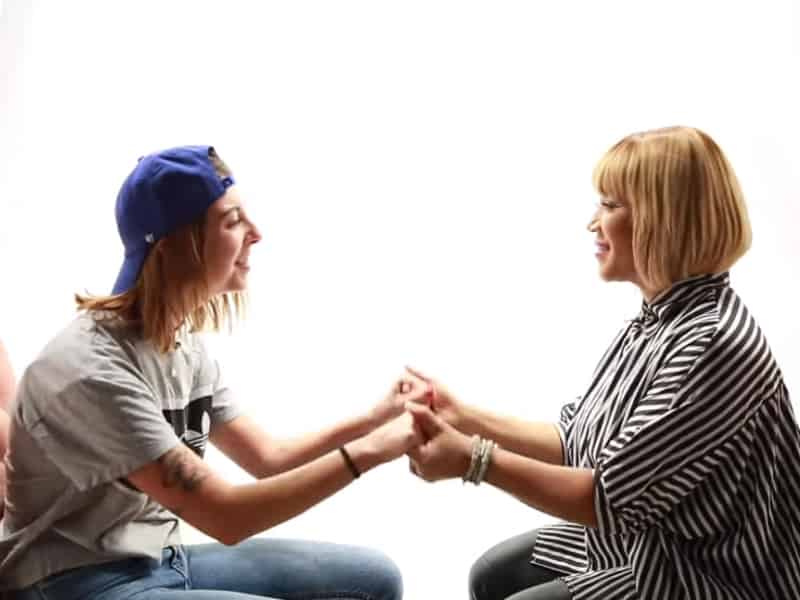 Unbelievers come face-to-face with a well known Christian to explain why they don’t believe in God.

BuzzFeed had Erica Campbell, a Grammy award-winning contemporary gospel, Christian R&B and contemporary R&B recording artist, musician and radio host, sit down with some unbelievers to listen to their stories. Their conversation went beyond what anyone expected!

As well as being a famous Christian recording artist, Erica is also a pastor from Inglewood, California.

Sitting with Erica is three unbelievers of God with different backgrounds. One of them is a former Mormon and the other is a former Catholic, but they both consider themselves atheists now. The other person is a former Hindu who became agnostic.

Atheism is the rejection of belief that any god or any deities exist. Agnosticism is the view that the existence of God, of the divine or the supernatural is unknown or unknowable.

As Erica engaged in conversation with them, they soon found common ground with their stories. On the subject of religion, Erica admits how religion can create division.

“There’s always gonna be conflict in religion because religion is man-made. It thinks there’s always a battle for the best of us and the worst of us,” Erica said.

Erica’s pastoral nature came out as she respectfully spoke what she believed God was putting on her heart about her companion.

“He cares about you and that’s what I know for sure. What makes you happy, what makes you sad,” Erica said to her.

Erica ended their conversations by asking the atheist if what she could pray for her.

Watch the video to see how it turned out!

People Tell A Pastor Why They Don't Believe In God