BREAKING
Catch a Ride on a Shared Scooter—“Micro-mobility” Coming to Tel Aviv Next...
Israel Military to Conduct First-ever Simulated Strike on Iran
‘Injury to the Heart of Iran’: Details on the Life and Death...
STAND WITH UKRAINE
Home Tags Posts tagged with "evangelicals"
Tag: 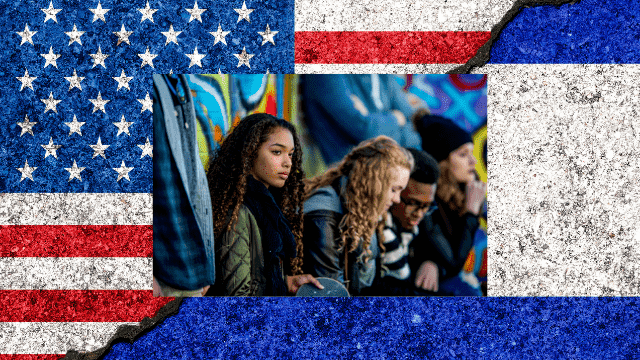 Less Than Half of Young Evangelicals in America Support Israel, New Survey Reports

In the wake of an alarming surge in antisemitism online and in the streets of America recently, another disturbing trend has surfaced: a poll suggests the next generation of evangelicals in the US do not support Israel as their parents have.

Between March and April of this year, researchers with the Barna Group and professors at the University of North Carolina at Pembroke surveyed more than 700 evangelical Christians between the ages of 18-29. When asked about the “Israeli-Palestinian dispute,” 42.2 percent didn’t favor either side, 24.3 percent favored the Palestinians, and only one-third—33.6 percent—sided with Israel.

A dramatic shift has taken place quickly. In a similar survey in 2018, 69 percent of young evangelicals stood with Israel, 25.7 percent didn’t pick a side, and only 5.6 percent favored the Palestinians.

Professors Motti Inbari and Kirill Bumin teach about religion and politics at UNCP, and they oversaw both surveys. Inbari and Bumin point out a few differences between the two surveys, but that still does not account for the glaring change in attitude. The sample size of young evangelicals in 2018 was smaller than those surveyed in 2021. And the racial diversity among the respondents in 2021 is greater. In 2018, 65 percent of those surveyed were white. In 2021, only 45.4 percent were white, with 24 percent Black, 14.8 percent Hispanic/Latino, and 15.7 percent “other.”

Despite those variables, Inbari and Bumin note that the views of young evangelicals just three years ago closely reflected the same values of their elders—75 percent of older evangelicals supported Israel, compared to 69 percent of the younger crowd. And now the gap has widened noticeably.

So, what is behind this change of heart? Is it an overflow from the issues of justice and righteousness that American culture is currently grappling with? Is it simply a lack of knowledge? A change in theology?

Inbari and Bumin tried to identify the cause of the sudden decline in support for Israel among the younger generation of evangelicals. The researchers think it may be a combination of factors, including a change in theology.

Conservative Christians holding to a “pre-millennial” view typically support Israel due to the belief that a Jewish presence in Israel is crucial to the End Times return of Yeshua, the Messiah.

But the professors are wondering if a recent trend of “amillennial” or “post-millennial” theology that says that “Israel’s role in the End Times is no longer consequential” may be the source of the attitude shift. Sixty-five percent of the young respondents say they seldom or never hear of the importance of supporting the Jewish state. Nearly half of those surveyed said they had little to no knowledge about the conflict between Israel and the Palestinians.

If this shift continues, the long-term implications could be dire. Israel fights every war on two fronts—the physical battlefield and the court of public opinion. The American evangelical church has been one of Israel’s strongest allies in the fight on this second front.

Inbari and Bumin wonder if the next generation will take up the cause like their parents. “What still remains unclear is whether these attitudes will change as this age group grows older…or whether their attitudes will remain critical of Israel.”