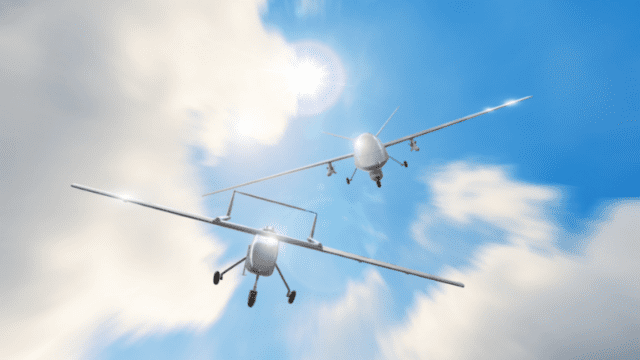 written by Ron Cantor
In addition to the daily assault by hundreds of missiles over the last week, Israel’s defense system has had to combat multiple “suicide drones” flying in from Gaza to the south, Lebanon in the north, and even an unmanned submarine drone offshore in the Mediterranean. The drones are believed to be supplied to Hamas by Iran.
Since May 10, when the fighting with Hamas broke out, the Israeli army says it has shot down at least seven drones as of Tuesday. Drones or unmanned aerial vehicles (UAV) can range in size from five or six feet in length up to that of a small aircraft. Typically, they are stuffed with explosives and programmed on a set flight path. The kamikaze goal is to crash into the designated target and detonate.
Over the past few days, drones have flown in from Lebanon into the northern portion of Israel, into the Jordan Valley in the central part of the country, and from Gaza in the south. The IDF’s Iron Dome has taken out several of the “suicide drones.” Additionally, an F-16 shot down one, and an Apache helicopter took out another one near Beit-She’an.
On Monday, the Israeli military destroyed an underwater drone or autonomous submarine, as well as its command center, after it was launched out of northern Gaza toward “the State of Israel’s maritime territory.”
The Israeli forces did not specify which target was potentially in harms’ way, but several navy ships, as well as the Tamar natural gas rig, are off Israel’s southern coast. The Tamar rig, operated by the US company, Chevron, has been in the crosshairs of several missile attacks by Hamas since last Monday, all of which have been thwarted by the Israeli military. The Tamar is about 14 miles off the coast from Ashkelon, a town in southern Israel that has been under almost constant assault since last week.
May 21, 2021 0 comment
0 FacebookTwitterPinterestTelegramEmail