BREAKING
Cancer Patient Survives A ‘Death Sentence’ & Receives A Surprise From Jennifer...
TikTok Kid Preacher Feels God In His Prayer Time; “I Am Not...
“Jesus Appeared To Me Twice So That This Message Will Be Delivered...
Home Tags Posts tagged with "Falash Mura"
Tag: 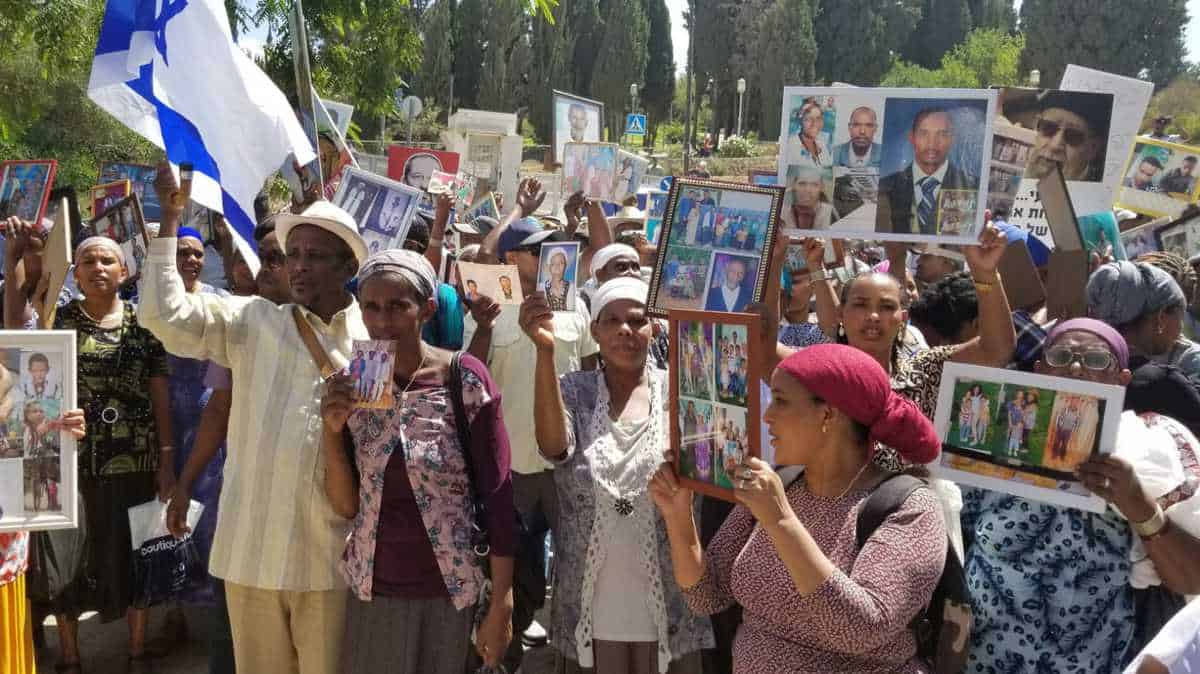 Some 1,000 members of Ethiopia’s Falash Mura community with children in Israel, will be allowed to immigrate, after the Cabinet on Sunday ratified a proposal put forward made by Prime Minister Benjamin Netanyahu and Finance Minister Moshe Kahlon.

The Interior Minister will be assigned the responsibility of evaluating and approving the entry of candidates who meet the criterion of having children who entered Israel as per previous government decisions regarding the Falash Mura community. Those who meet the criteria will be able to bring with them their partners and their unmarried children who do not have children.

“The decision is a right one. These dear people, who will soon make aliyah have been waiting for over eight years to come here and live with their families,” Kahlon said. “In the Declaration of Independence it says that ‘The State of Israel shall be open to Jewish Aliyah,” and when it comes to Aliyah there are no budgetary, bureaucratic or political considerations. I am reminding you that we are all children and grandchildren of Olim, just as like the sons and grandchildren of these Olim. The State of Israel is proud to take in all who are entitled to make Aliyah.”

However, the decision was not unanimously welcomed: Jewish Home MK Betzalel Smotrich sent a letter to Prime Minister Netanyahu on Sunday morning urging him not to allow the Falash Mura to make Aliyah as they they do not meet the sufficient criteria and the decision would thus set a legal precedent for anyone with distant Jewish family ties to demand to be allowed to make Aliyah.

“They are not Jewish, they are not married to Jews, are not children of Jews and not grandchildren of Jews. By the same logic, we can make government decisions to allow Aliya for every single person on the face of the globe,” wrote Smotrich, adding that “widening the gap for parents, brothers and grown sons [poses new challenges] to the maintaining of the Jewish identity of the state.”

The Falash Mura are descendants of the Beta Israel Ethiopian Jewish community who converted to Christianity in the 19th and 20th centuries. They are not eligible to make aliya under the Law of Return which gives automatic eligibility for Israeli citizenship to people recognized as Jewish, people with one Jewish grandparent or people married to a Jew. There are some 8,000 recognized Flash Mura in Ethiopia, most of them in the capital Addis Ababa and in Gondar, in the north.