BREAKING
Cancer Patient Survives A ‘Death Sentence’ & Receives A Surprise From Jennifer...
TikTok Kid Preacher Feels God In His Prayer Time; “I Am Not...
“Jesus Appeared To Me Twice So That This Message Will Be Delivered...
Home Tags Posts tagged with "fall"
Tag: 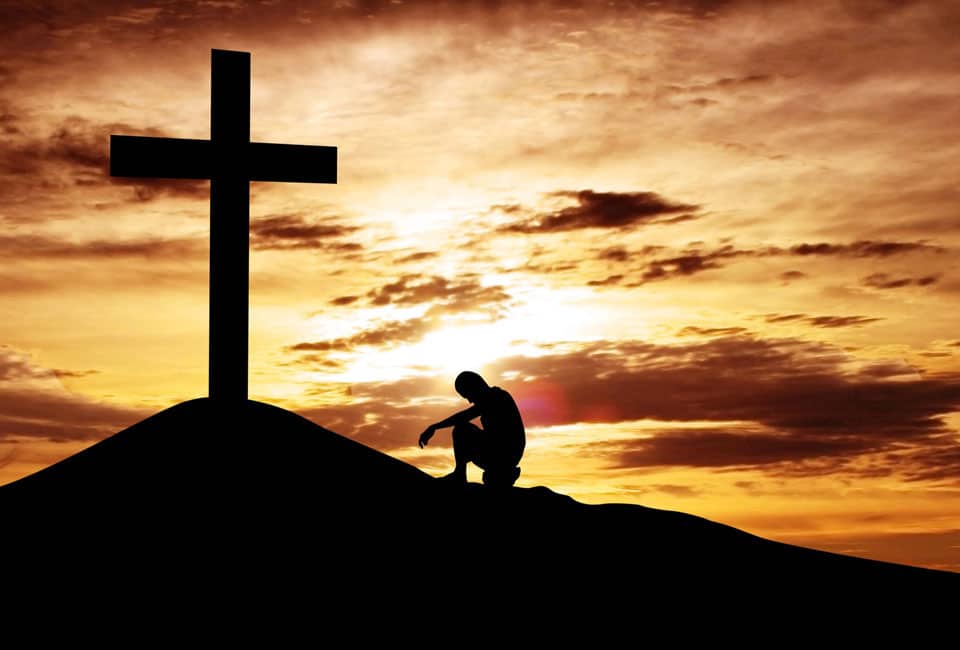 All That We Lost Through The Fall Was Reversed At Calvary

When Adam and Eve fell in the garden of Eden all creation was affected by the Fall. Now we can blame them for what happened but the same might have happened to us when tempted by the devil. God had provided a way of escape but the temptation was too great to prevent them from eating of the tree of good and evil. Jesus was slain before the foundation of the world and came to fulfil this plan on earth. The devil thought he had won but God reversed the curse on the Cross. Few of us appreciate this great reversal. We continue to live as if we are still bound. God set us free from the curse two thousand years ago. Yet we continue to choose to eat from the tree of good and evil.

At Calvary all my sins were cancelled. All my diseases were healed. I was restored to my original sate. The Bible says we are a new creation in Him. The old is past and the new has come. This is the revelation we need to live that abundant life here on earth. We will continue to face temptation but God has provided a way of escape. Eat from the tree of life and live. The tree of life is Jesus. We are grafted into Him and now we can live through Him. There is no other way to live His life on earth but through His Spirit who lives in us. What a wonderful plan of redemption.

When we partake of the communion remember the work on the Cross. This reversed all that was stolen from us. Now it is up to us to draw from the river of life and be made whole. There is no other healing balm available but through this sacrifice of Jesus on the Cross. The devil was defeated once and for all and he is destined for hell fire. He knows it and we have to remind him of this. Till Jesus returns we have to reclaim all that was lost and restore His Kingdom on earth as it is in heaven. This is our assignment and calling wherever we maybe. Let us join hands and proclaim this victory for all to hear and be saved. 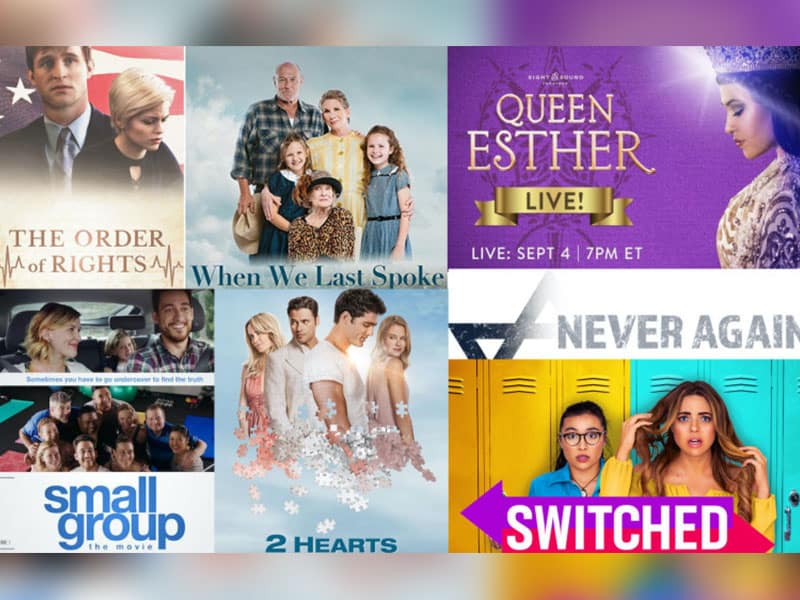 Despite the global pandemic, faith-based films continue to inspire and uplift the souls of millions online. And this coming summer and fall, new Christian movies will once again touch the hearts of millions.

Movie theaters are closed nowadays due to state lockdowns in response to COVID-19. However, this led to streaming services that movie producers offer to audiences online.

And this coming summer and fall, some new Christian movies will “spearhead the reopening of movie theaters in the U.S.”, while other films will be streamed online.

Here’s a list of the seven new Christian Movies to watch out for:

“Switched” is a faith-based film that will be released on Sept. 4. The movie is about Cassandra Evans and Katie Sharp who woke up one day discovering that “they’ve switched bodies.”

The synopsis reads, “Tired of being bullied, Cassandra Evans prays that her nemesis Katie Sharp, the queen bee of social media, would know what it’s like to walk a day in her shoes. Her prayer is answered in an unexpected way when they get ‘Switched.’”

“When Cassandra Evans and Katie Sharp wake up to discover they’ve switched bodies, the two girls must learn to appreciate both the blessings and struggles the other faces on a daily basis, in school, and at home. Packed with life lessons of forgiveness, perspective, encouragement, and understanding, ‘Switched’ will help teenagers who are searching for their worth in looks and popularity to find their true identity in Christ.”

Apparently, the “Queen Esther” live performance was “scheduled for its nine-month run in the 2,000-seat theater at Sight & Sound’s studio in Pennsylvania.” But due to COVID-19 restrictions, it was halted. Hence, the stage production will present its “first-ever live worldwide broadcast” on Sept. 4 at 7 p.m. Eastern time.

Katie Miller, Sight & Sound corporate communications manager told CP earlier this month, “This year has been incredibly challenging, but we continue to see the faithfulness of God each step of the way. After canceling over 200 shows, and knowing that hundreds of thousands of people would not be able to experience the powerful message of ‘Queen Esther,’ we knew we had to do something.”

Then she added, “With the future still uncertain, not knowing when we will be able to welcome full crowds again, we prayerfully began walking toward the idea of the first-ever live broadcast of a Sight & Sound show. We are so thrilled to be taking this next step of extending the ministry beyond our walls and offering ‘Queen Esther Live!'”

3. The Order Of Rights

“The Order Of Rights” is a pro-life film that will be released on October 2 on the streaming platforms of Amazon, Google, and VUDU. The movie centers on the main character Emma Stein who is “a pregnant single girl who has been advised by her mother to have an abortion despite the objection of the child’s young Christian father, Ethan Carpenter.”

The synopsis reads, “Even as Ethan tries to help her, she decides to go ahead with terminating the pregnancy. Ethan and his family file a lawsuit on behalf of the child’s right to life, and their story moves to prominence as a nationally publicized court case. The court has to decide whether the child in Emma’s womb is a person or not, and if so, is it endowed with the inalienable rights as enumerated in the Declaration of Independence.”

The movie will be available on streaming platforms of Amazon, Google, and VUDU.

‘Small Group The Movie’ is centered on the perspective of a skeptic person who joins a small group in the church. It will be coming out on October 6 on “Digital Rent/Buy via Amazon and iTunes.” As well as “GooglePlay, Vudu, Redbox, Christian Cinema and on DVD via Amazon and other major online platforms.”

“In 2014, my wife and I had joined a small group at our church. The whole experience just felt so much more real and genuine and interactive than other church experiences I’d had. It was early on, maybe in the second meeting. When I was kind of given the idea: this is a story that needs to be told! Somebody oughta make a movie called ‘Small Group’! Being too dumb to know what an undertaking it would actually be to do it right. I decided to write a screenplay and make a movie!”

The movie “Never Again” is a documentary film educating the younger generation “about the history and horrors of modern-day anti-Semitism.”

Christians United for Israel, the largest pro-Israel organization in the U.S founder and chairman, Pastor John Hagee, said in a statement:

The movie ‘2 Hearts’ is a romance film. It “tells the true story of two couples whose journeys lead them to a life-saving miracle of love and purpose.” Moreover, it showcases how God powerfully moves in a tragic situation, reminding us that He is always in control.

It will be on theaters on October 16.

The film ‘When We Last Spoke’ centers on a heartwarming story of “family, friendship, and forgiveness.”According to CP, it will show in theaters for two nights only, Oct. 27 and 29.
‘When We Last Spoke’ follows the “lovable and nutty family of sisters Juliet and Evangeline.”

The synopsis reads:
‘When We Last Spoke’ gives viewers an insight into the beauty of the Cranbournes as they journey through the ups and downs of their unexpected situation. Life for Juliet and Evangeline changes quickly after their father James departs to fight in the Vietnam War. And their mother, who feels ill-equipped to raise two daughters alone, leaves them with their grandparents. Together, the family learns how to overcome heartbreak and uncertainty. By holding tight to the most important aspects of life — family, friends, love, and forgiveness.”

When We Last Spoke **Official Trailer**