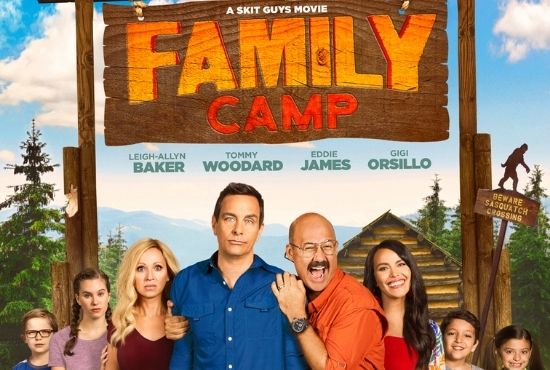 The 50-year-old American actress has been in the entertainment industry since the 1990s. She has starred in several Disney series including “Hannah Montana,” and “Bad Hair Day.” The wife of entertainment executive Keith James Kauffman, she has always been open about her Christian faith.

Today, Leigh-Allyn talks about her upcoming Christian comedy film titled “Family Camp” which will be in theaters on May 13.

“What drew me to it was the fact that it was so funny. I never seen a Christian comedy before,” she said. “When I got the audition I thought, ‘I’m just really going to have with this.’”

She also shared how she had a connection with the character that she will be playing, Grace. A mother of an “imperfect clan” who wishes to find the cure for their family through a Sunday camp.

“I just felt an immediate connection with the character of Grace in this movie not because I am grace, but because I have been shown and given so much grace.”

Leigh-Allyn also emphasized that through Christian comedy films, we are inviting more unbelievers to watch. Almost all faith-based film has been created for believers, but this kind of film will cater to everyone.

“When these faith-based movies are made, a lot of time, they’re setting the table to people who are already there, ready to eat. But we need to set some empty places at the table and invite others to come and join. And I feel that comedy does that,” Leigh-Allyn explained.