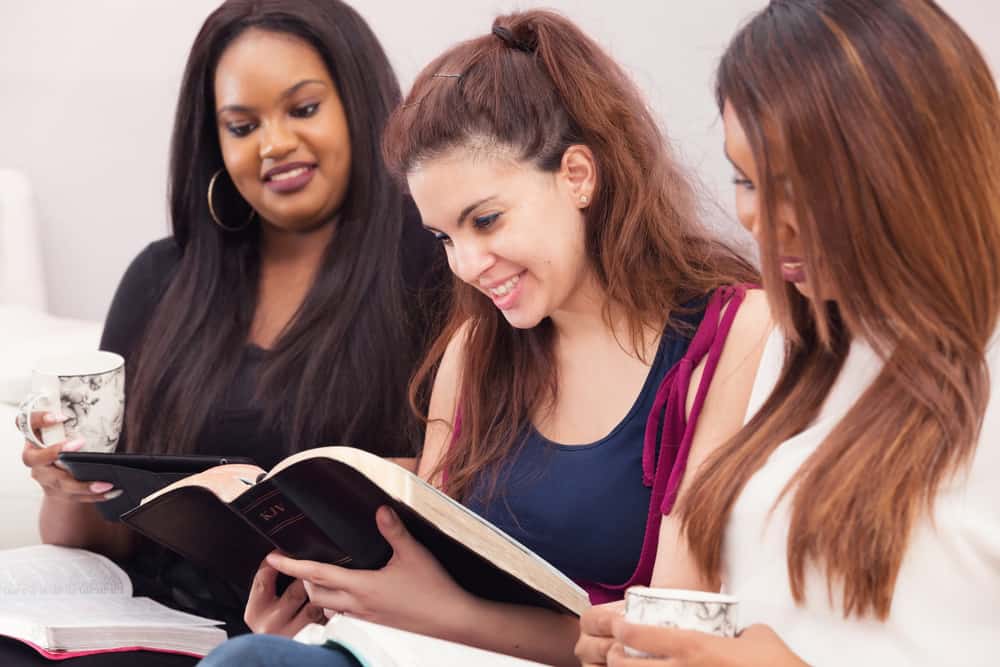 Women of The Bible: We Celebrate 5 Unsung Heroes On International Womens’ Day

The Bible often gets a bad rap when it comes to women’s empowerment. And surely some criticism, at least of the church, is valid. Throughout history and even still today, some Christian and non-Christian societies have oppressed, marginalized, and disempowered women due to cultural and/or religious “principles.”

Yet the Bible itself has many shining examples of women who have defied stereotypes, overcome oppression, and even altered the course of history! You may not hear these stories at church on Sunday, but they demonstrate what it means to be a Christian woman.

Read on to discover the stories of 5 strong, radiant women of the Bible and why they are remarkable.

1. The Women Who First Glimpsed the Resurrected Christ

It is often overlooked that when Jesus rose from the dead on the third day, he first appeared to women. In fact, all four Gospels agree that Mary Magdalene was the first to witness the Resurrected Christ. Matthew 28:1 also reports that “the other Mary” was an early witness, and Luke 24:10 includes Joanna, Mary the mother of James, and other women as initial witnesses.

Why this is remarkable: In an age in which women’s testimony was considered untrustworthy, the Gospel writers made it a point to emphasize that women were the first witnesses – and their testimony is the Gospel truth!

Not only that, but it is important to remember that women were also last to remain at Jesus’ crucifixion. Although women were not among Jesus’ 12 disciples, women nonetheless played an integral role in the early church. In fact, an early church leader (Bishop Cyprian of Carthage) acknowledged that women were so disproportionately represented in the church that it was difficult to find them Christian husbands!

You can’t talk about women in the early church without mentioning Prisca, aka Priscilla. She was a Roman Jew who converted to Christianity. She and her husband, Aquila, worked side-by-side as equals in their ministry.

In his letter to the Romans, Paul instructed: “Greet Prisca and Aquila, my fellow workers in Christ Jesus,4 who risked their necks for my life, to whom not only I give thanks but all the churches of the Gentiles give thanks as well.”

And in Acts 18, we find this dynamic duo teaching Apollos about the Way of God.

Why this is remarkable: In ancient Rome, freeborn women were citizens, but were not allowed to vote or hold political office. Therefore, they had a limited public role. But the early church turned the tables, allowing women to serve alongside men. Furthermore, women were respected for their efforts just as much as men were.. The strong and radiant Prisca rose to the occasion in this counter-cultural framework, letting herself be a conduit for God’s love.

Another faithful female convert and servant was Lydia, who Paul mentions by name in Acts 16:14-15. He describes her as a woman of God and a businesswoman with a family. After she accepted Christ into her heart, her entire household was baptized. Then she welcomed Paul and his companions into her home for respite.

Why this is remarkable: Lydia’s story makes it clear that women can take the moral and spiritual helm of their household, when needed. This woman did not sit idly by and wait for her husband to convert to Christianity; instead, she took the lead, even providing hospitality to missionaries. Even more remarkable is that as a businesswoman, Lydia was well-off. She was not desperate for hope, healing, or material goods, yet she humbled herself and admitted she needed a Savior.

Mentioned in 2 Kings 22 and 2 Chronicles 34:22-28, Huldah was a female prophet – a very rare phenomenon. When a priest found a book of Law during renovations at Solomon’s temple, Huldah used her prophetic knowledge to declare that the book was the authentic Word of God. She further prophesied destruction because the people had not been following God’s Word. Yet, she assured King Josiah that he would not be destroyed due to his humble heart.

Why this is remarkable: Huldah was married, and as a married woman, she had many responsibilities in the home. Yet, God still used Huldah to prophesy truth – and religious and secular leaders alike listened up! Huldah demonstrates that women of any station and position in life can be called by God – even when they have many other responsibilities.

When the King of Egypt commanded two midwives – Shiphrah and Puah – to kill all Hebrew boys at birth, they non-violently resisted, using their wit. They replied that these babies were born before the decree, and therefore were not subject to be killed. The babies’ lives were spared.

Why this is remarkable: Exodus 1 reports that Shiphrah and Puah feared God and did not believe that the Pharaoh’s edict was godly. Their civil disobedience demonstrates that when a human king contradicts our Heavenly Father’s desire, we should resist the evil regime.

The Bible is riddled with other examples of women who stepped up and lead in God’s name, empowered by Him. God created all women – and all people for that matter – to be strong and radiant. May these examples instruct and guide us in our own Christian journey!