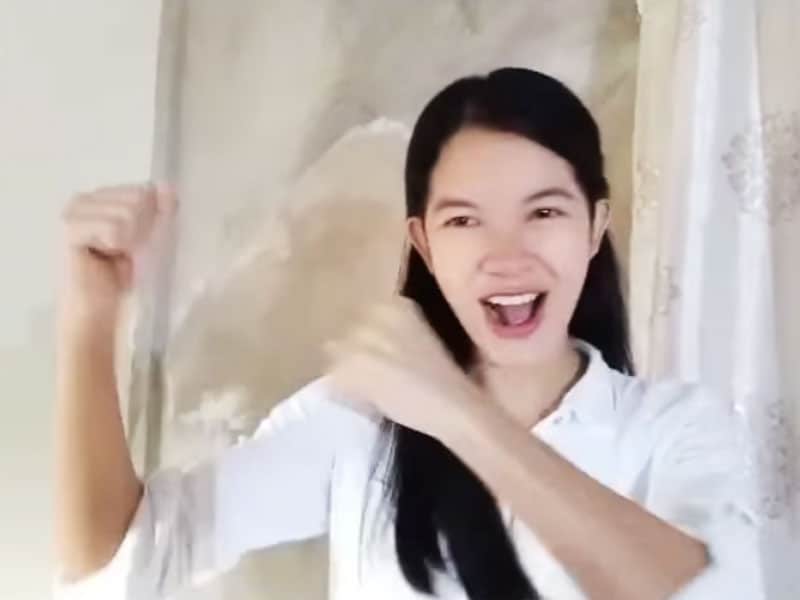 A woman from the Philippines who did a sign language cover of Rachel Platten’s popular song “Fight Song” has gone viral and touched millions.

On Wednesday, Christine Legaspi Aguirre Garcia posted her sign language cover of the “Fight Song” on Facebook. Immediately, the video went viral. And in just less than a week, more than two million people have viewed her video.

Christine’s Facebook bio reads, “Do not be afraid and discourage 2 Chro.20:15.”

In an interview with the CNN Philippines, Christine revealed that the post was a project in their school. Apparently, she is taking Bachelor of Science in Special Needs in Sorsogon State College. And she chose “Fight Song” to honor the fronliners amid the COVID-19 pandemic.

In the video, Christine is wearing a white polo. While doing the cover, you can see the passionate student interpreting the song with such grace and eloquent expression. One can say she’s not simply doing sign language but dancing as well.

When she reached the refrain and chorus part of the song, that’s when she totally blew it up!

“And all those things I didn’t say
Wrecking balls inside my brain
I will scream them loud tonight
Can you hear my voice this time?

A Facebook user named Jon Formentera commented, “Maam congrats.. Looking forward for you to teach this song to SPED students, to give them more courage to conquer the world.. Ur such and inspiration maam.. Thank you..”

Additionally, some viewers shared their admiration saying they can’t stop watching the video over and over again.

What an inspiring and uplifting video!

ALSO READ: Front-line Doctors Get Married Then Return To Saving Lives The Next Day