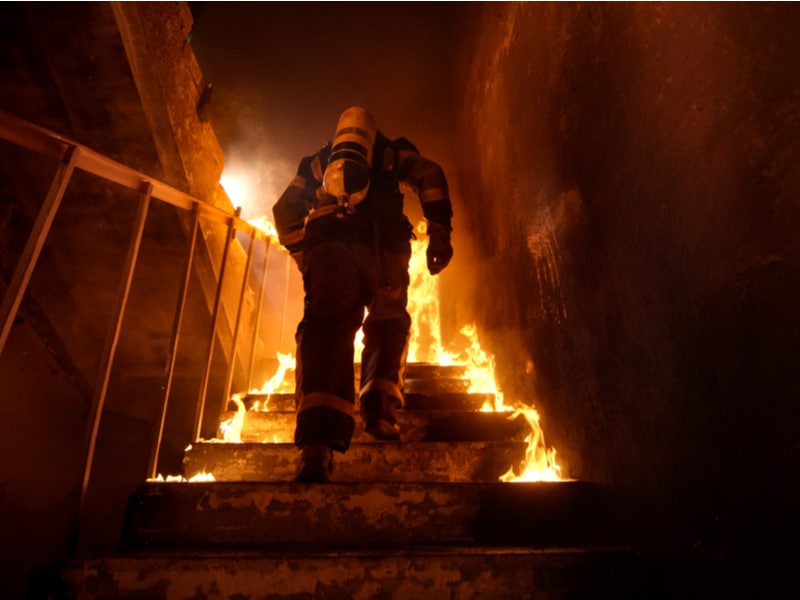 Firefighter Reveals Miracle That Saved Him From Raging Fire

A firefighter is sharing the miracle that happened when he got trapped for 7 minutes in the midst of the raging fire. “Prayer works,” he said as he credits God for the rescue.

In a podcast interview, Los Angeles Fire Department Captain Cheyane Caldwell told Jason Sautel his story. The captain’s testimony served as the premiere episode of the Edifi’s “Jesus Is All We Need” podcast.

Caldwell recalled the life-changing moment in 2007. His team responded to the call when a one-story building in California caught fire.

They immediately went to the scene. But, the fire was already out of control.

The Christian firefighter climbed over the roof to assess the situation.

Caldwell fell through the decking and into the fire. “[I] fell about 13 or 15 feet into the structure. A ball of fire came out of the hole I created, so you can imagine what was underneath me,” he said.

He woke up with the blaze surrounding him and saw that he had no escape. “I thought three things in my mind clear as day: ‘Okay Lord, I’m in here all by myself. Second, ‘Lord, this is it. I’m ready’ — and lastly, my life just went before me all on a DVD in fast order.”

For 7 minutes, Caldwell suffered under the intense heat. While he thought that it was supposed to be the end, God had other plans.

Caldwell’s captain made an unexpected call. He instructed the other firefighters on the roof to blast water in the hole Caldwell created. He later explained that God prompted the decision. “It was like God was speaking to me. God told me to take this hoseline and put it into the hole.”

The captain’s gesture turned out to be what saved Caldwell’s life. He said, “What he did was like water from heaven.”

They were able to rescue Caldwell, and amazingly, after 10 months of recovery, he was back in service.

Since then, Caldwell grabs every opportunity to tell of God’s miracle in his life. After reflecting on the entire ordeal, he sees how God held him right in the palm of His hand.

“There’s no reason I should have survived, but I … give all glory to my Lord and Savior Jesus Christ for what he did on that day. There’s no luck involved. There’s no coincidence — it’s all providence and providence is defined as God’s hand at work for a later activity or mission.” 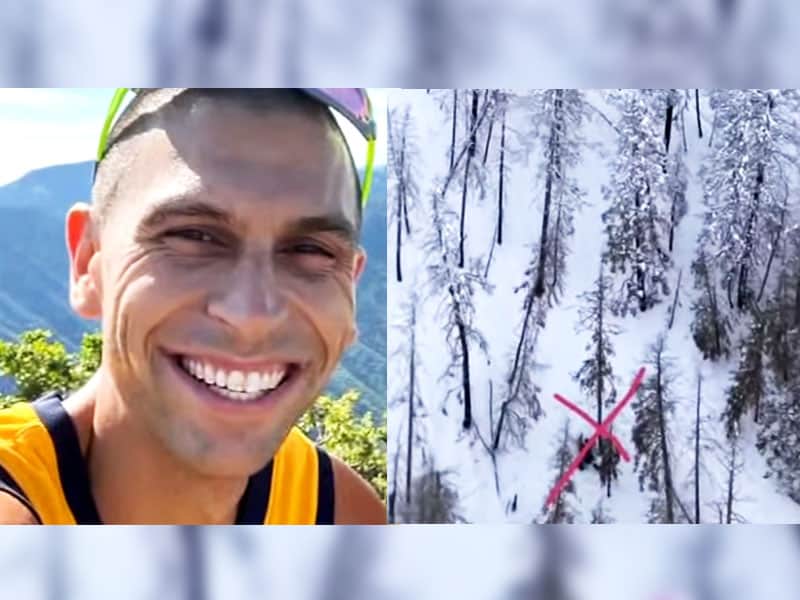 A man thought it was the end of his life when he got buried in an avalanche when God miraculously sent a firefighter to rescue him.

During this winter season, skiing in Utah has been a go-to for people. And 35-year-old Travis Haussener was one of them. But one incident nearly took his life when he encountered an avalanche. Thankfully, divine intervention saved his life. 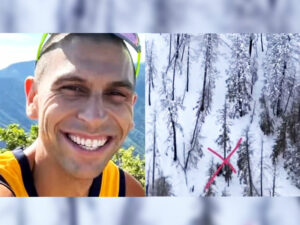 While skiing, an avalanche unexpectedly hit Travis. As a result, he couldn’t move because the heavy snow buried him up to his chest. He was trapped in the snow for several hours and tried to dig himself out. But it was impossible with only his one arm. He felt helpless and thought of giving up. It was until eight hours later that God sent someone to rescue him.

“And then I thought, that was it. I thought, you know, my life was over,” Travis recalled.

Amidst Travis’ struggle, an off-duty firefighter, Tom Elbrecht, suddenly heard a voice. At first, he thought it was just an animal or the noise of skiers talking. But later, he recognized it was a man crying out for help. He followed the voice and found Travis trapped in the snow. He then called 911. And while waiting for rescuers to arrive, Tom also helped keep Travis’ body temperature stable. He gave him “extra layers of clothing.”

By God’s power, Travis survived the ordeal. Despite the eight-hour struggle, he made it out alive. However, he suffered from a broken femur.

Indeed, “God is our refuge and strength, an ever-present help in trouble,” (Psalm 46:1). What happened to Travis reminds us of the goodness and mercy of God that continues to follow our lives each day. May this remind us to be grateful to God and look unto Him in this life. 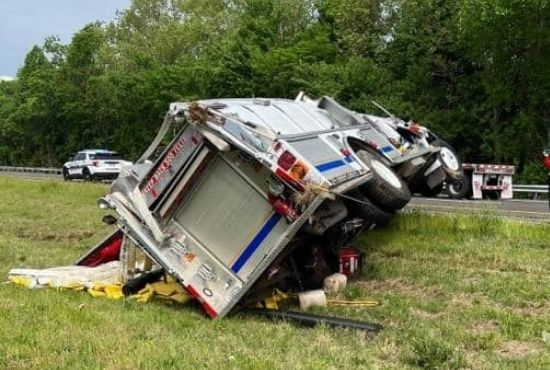 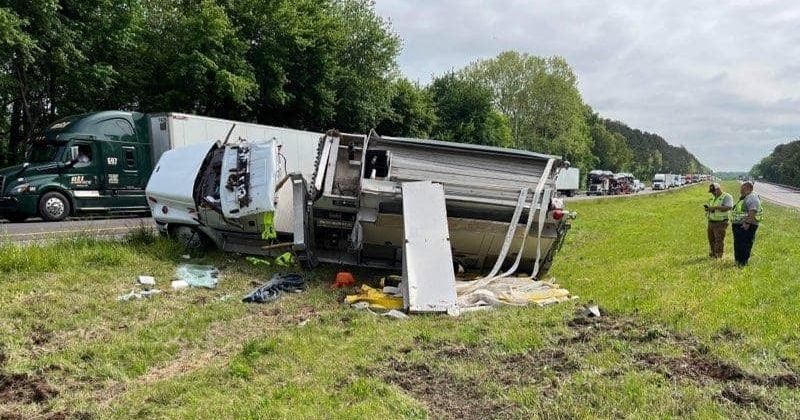 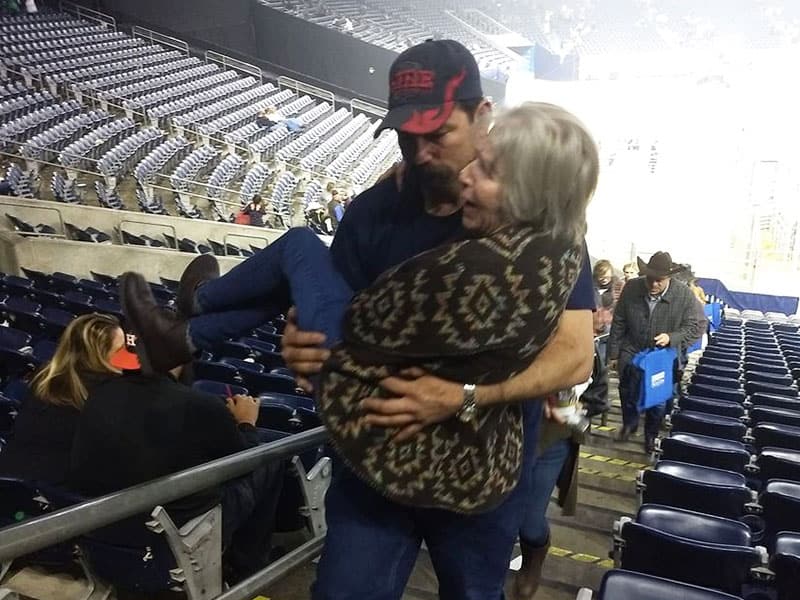 A kindhearted firefighter carries an elderly woman up some arena stairs after noticing she was struggling walking up the stairs.

Firefighters are often known for their selfless work ethic, where they risk their lives to save others. And too often, they also go the extra mile to help others in need, even when off duty. Just like what one firefighter did for an elderly woman, winning hearts online.

Three years ago, Thomas Harwell went viral for his heroic act that inspired thousands until today. He and his wife, Shayla, attended a Brad Paisley concert at the Houston Livestock Show and Rodeo when they noticed an elderly woman. They saw her struggling to get to her seat. Hence, Shayla pointed at her and asked Thomas to help her out.

Later on, once again, they saw the elderly struggling to get back up the stadium steps after the show ended. And so, Thomas came to the rescue again. The firefighter went out of his way to scoop her into his arms and carried her the rest of the way. 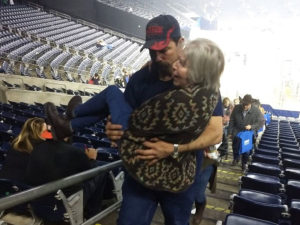 “I’m almost shocked, I really honestly didn’t think it would go that far,” the wife recalled. “She was very appreciative. When he placed her down at the top of the stairs, she was grinning ear to ear. It really touched her to have him help her.”

The proud wife took a picture of the heartwarming moment and shared it on social media. It immediately went viral and received thousands of likes, shares, and comments. Some also offered free movie tickets for them.

But amidst the praise and applaud from people, Thomas shrugs off the attention from him. He said he “was only doing his duty as a human being.”

“If you’re alive and breathing, you shouldn’t need an excuse to help someone else, if they need help, help them,” he said.

“In the same way, let your light shine before others, that they may see your good deeds and glorify your Father in heaven.” -Matthew 5:16 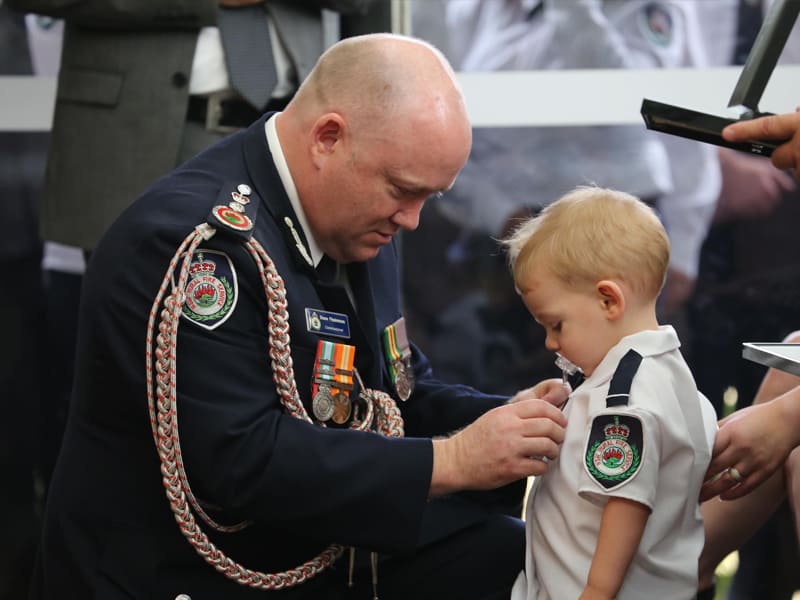 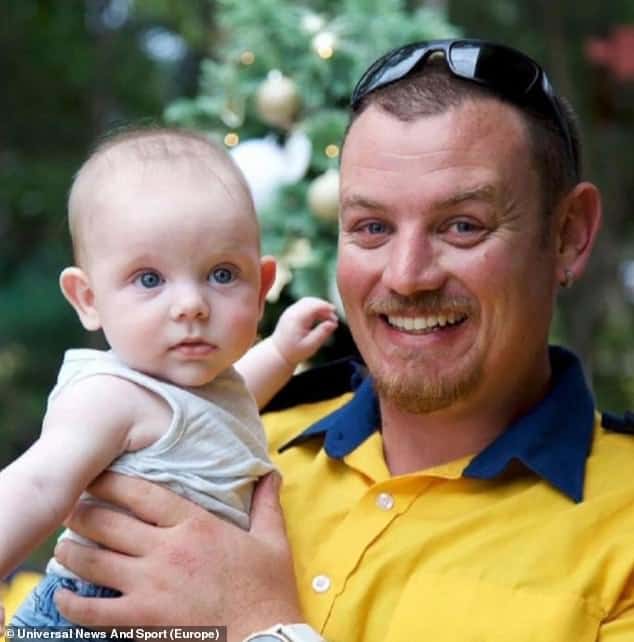 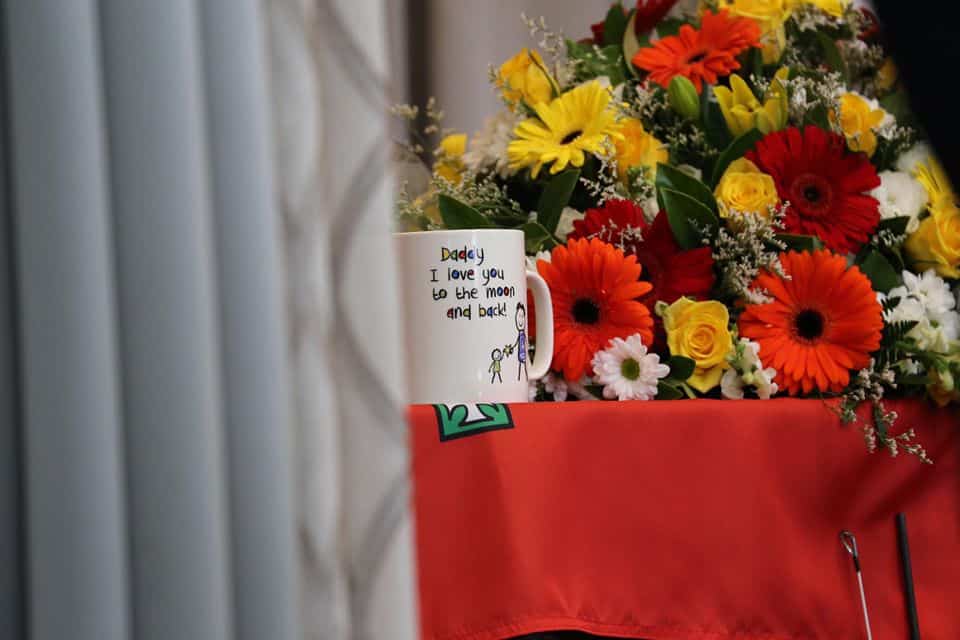