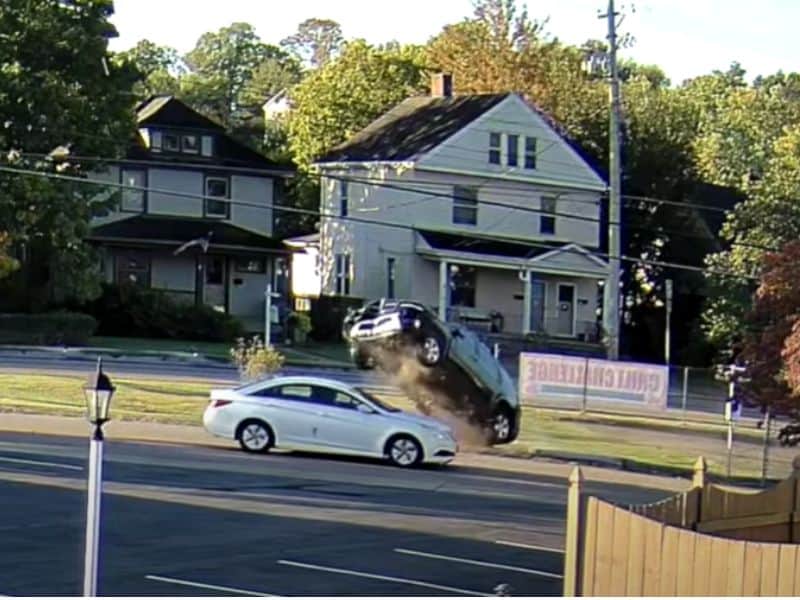 Priest Saved From Accident When SUV Flew Over His Car; “It’s A Miracle”

A Catholic priest was on his way to a Sunday mass when a speeding SUV was about to hit his car. But, in what was called a “miracle,” the SUV flew over him, narrowly missing the priest.

Father John Bok did not notice the SUV on his left side. He told Catholic News Agency he was going to Mass at St. Andrew Parish Church in Milford.

On the opposite side of the road, a 17-year-old boy had a seizure while driving a black SUV. He lost control of the wheel and went off the road towards Father John’s vehicle. But a pole was in the way and instead of hitting the priest’s car, it launched the SUV into the air, flying over the 87-years-old priest’s Hyundai Sonata.

“It was a miracle,” Father John told CBN News. “I did not know that that car went over top of me.”

He confessed on The Franciscan Friars website that he had a lazy left eye, causing limited vision. “I thought maybe it was a large bird or something and continued on my way to have the Mass.”

Later on that day, a police officer showed him the CCTV footage of the miraculous escape. But, the recording bewildered Father John, a former Physics teacher.

He said, “According to Google it is 4.83 feet tall. Why was the pole standing in that exact spot attached to nothing? By what laws of physics did it lift the boy’s car almost 5 feet in the air and send it over my car? So many questions. I am certainly thankful to God.”

He continued, “I will continue to wonder how much God and how much the laws of science played in the experience. And I continue to be amused by the fact that I was oblivious to what happened until I saw the video in the restaurant. As always, God is good.”

The incident took place on October 2, when Catholics celebrate the “Feast of the Guardian Angels.”