BREAKING
Cancer Patient Survives A ‘Death Sentence’ & Receives A Surprise From Jennifer...
TikTok Kid Preacher Feels God In His Prayer Time; “I Am Not...
“Jesus Appeared To Me Twice So That This Message Will Be Delivered...
Home Tags Posts tagged with "Francis Ford Cappla"
Tag: 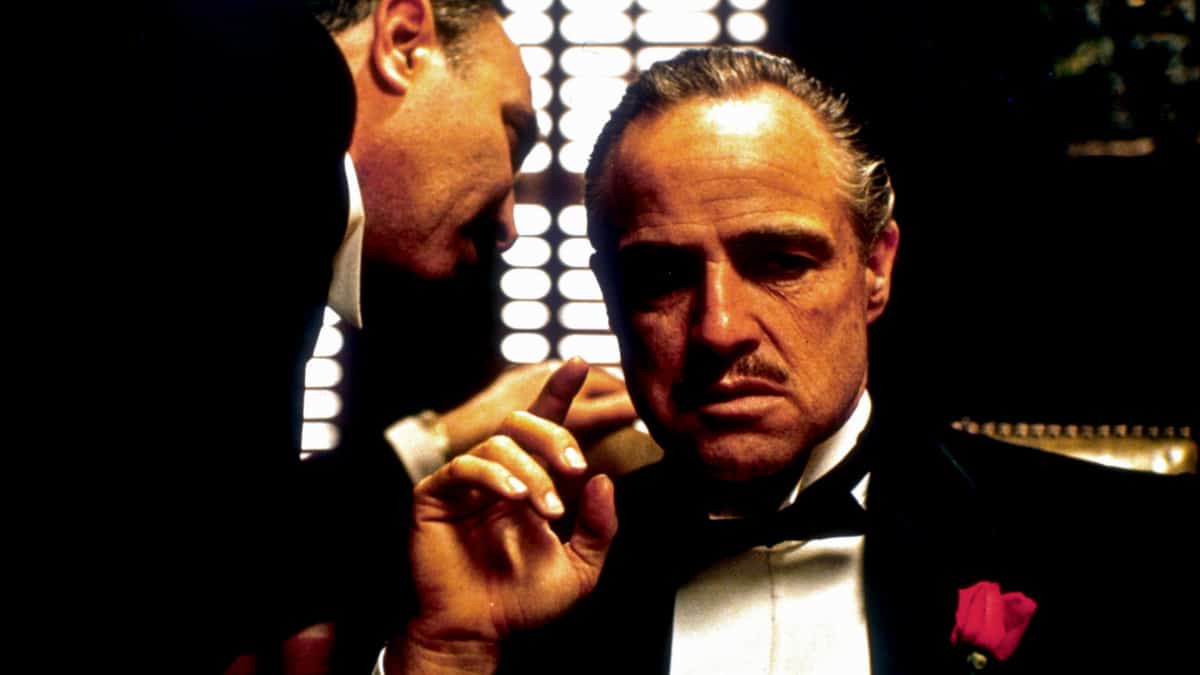 Francis Ford Coppola’s The Godfather and The Godfather Part II are, respectively, the greatest gangster film ever made and one of the greatest ever stories of power and corruption. In fact, I frequently point to The Godfather as exhibit A to refute boorish book-is-always-better-than-the-film arguments (Jaws is my other vital exhibit). For the purposes of this review, I intend to examine both films (omitting the superfluous and inferior The Godfather Part III, which whilst entertaining on its own terms, pales in comparison to its illustrious predecessors).

“I believe in America. America made my fortune…” So begins The Godfather, as Don Vito Corleone (Marlon Brando) listens to a story from a man begging him to take revenge on the men who beat up his daughter. We are introduced into this mafia world on the day Vito’s daughter Connie (Talia Shire) is to be married to Carlo (Gianni Russo), a man whom Vito warns should be given a living, but not ever be a part of the family business.

What this opening wedding does, quite brilliantly, is set up the drama in terms essentially asking the audience to sympathise with violent criminals. True, they aren’t portrayed as the good guys exactly, but we are asked to admire their sense of family and fierce loyalty. Besides, being a gangster looks fun, especially at this bright, colourful wedding celebration. Or rather, it does at first…

And here is where The Godfather excels itself, as a nigh-on Shakespearean tragedy. Michael wants a quiet life with Kay, but events conspire to drag him back into the family business. The gripping drama sometimes explodes into strong bloody violence, and indeed some of the set pieces are notorious – from the horse’s head in the Hollywood mogul’s bed (famously inspired by an unsubstantiated but all too believable story about how Frank Sinatra got the part in From Here to Eternity) to the fierce tollbooth shooting.

On a spiritual level, what The Godfather explores, quite provocatively, is family idolatry. Family is idolised and prized above all else, even to the point where those involved are willing to commit murder. Michael argues that everything he does – including a massacre he orders which takes place whilst he attends a christening – is for the good of his family, but by the ending it is clear where this path will ultimately take him.

Which brings me to The Godfather Part II. Frequently lauded as the greatest sequel ever made, this is less a gangster film and more a riveting study of how absolute power corrupts absolutely. This time the story cuts between Michael’s consolidation of the Corleone criminal empire during the 1950s, and the tale of the younger Vito (Robert De Niro) as a Sicilian immigrant in turn of the century New York. Vito’s rise to power is contrasted with Michael’s increasingly ruthless actions, resulting in an extraordinary epic that takes in several fascinating chapters of history (including the revolution in Cuba and McCarthyism).

The wedding at the start the first film is cleverly mirrored by the christening at the start of the second film, only this time things are very different. Being a gangster doesn’t look as much fun anymore. Guests are bitter, disappointed, drunken and frustrated. One key character laments that the band don’t know any of the traditional Italian songs. This very much sets the tone for the 1950s segments, and the argument that Michael does all he does for the good of his family is less convincing this time. Nor are we meant to be convinced by it.

In the Vito timeline, younger versions of characters first introduced in The Godfather appear, and our knowledge (from the first film) of exactly where they end up adds considerable poignancy. There are many thrilling sequences, such as one where Vito takes down a local Don in his rise to power.

But one of the most electrifying moments comes during a sequence in Havana, where Michael confronts his brother Fredo over a terrible betrayal (“I know it was you Fredo. You broke my heart…”). Power becomes an all-consuming cancer to Michael, and the sheer coldness with which he eliminates his enemies is terrifying. But worse is still to come, in the tragic culmination of his relationship with Kay and the question over what to do about Fredo… Ultimately Michael is triumphant, but he is also alone, isolated by his appalling achievements. The spiritual consequences of his actions, evident in that final, brooding shot, are abundantly and chillingly clear.

Speaking of Michael, this second film features Al Pacino’s finest ever performance. The rest of the cast in both films (especially De Niro) is excellent too, and the music (Nina Rota), editing, cinematography, choice of locations and so on are all absolutely first rate. On an artistic level, everything in these films is off-the-charts brilliant.

Finally, on a lighter note, it’s interesting how many quotable lines in The Godfather films ended up permeating popular culture – everything from “Keep your friends close and your enemies closer” to “Luca Brasi sleeps with the fishes”. Just be careful if someone tells you they are going to “make you an offer you can’t refuse”