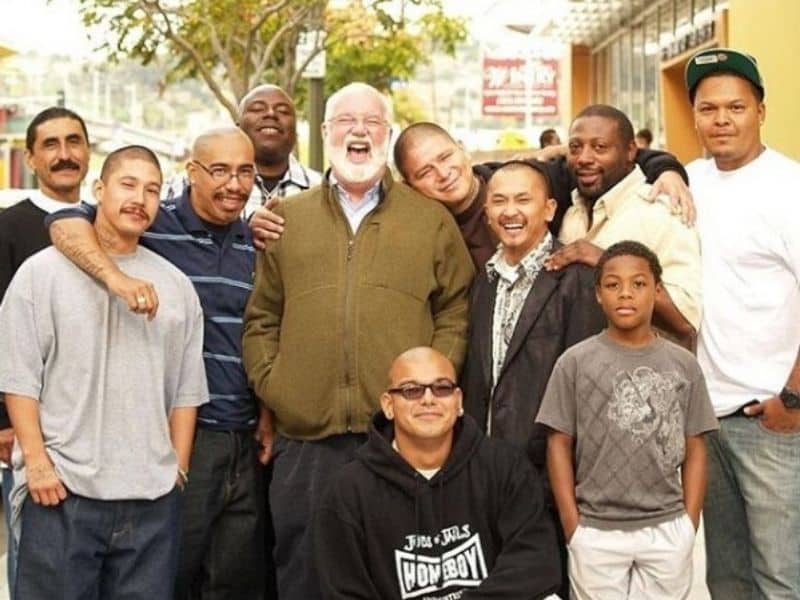 Father Gregory Boyle has spent the last 32 years reaching out and welcoming gang members who hope to have a second chance in life. He commits to helping them stand and move forward.

Back in 1988, Boyle, or as he is known by the gang members, Father Greg founded Homeboy Industries. It started with a mission to support former gang members with their decision to improve their lives. But today, Homeboy Industries has become the largest gang intervention, rehab, and re-entry program in the world. 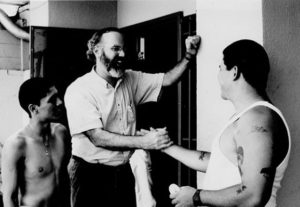 Father Greg’s passion for the gang members began in 1986 when he became pastor of the Dolores Mission Church. It happened to be the poorest parish church in East Los Angeles. Moreover, they had the highest gang activity in their area. When residents and officials saw them as criminals and troublemakers, Father Greg saw them as loved and carrying great potential.

“We work with the population that nobody desires to work with, and it’s a principle of this place that we stand with them,” Father Greg shared on their website.

He added, “Love never fails. It will always find a way to have its way.”

The organization offers a variety of skills and education programs that empower members to become a contributing member of society. They also offer services like therapy, tattoo removals, and employment. 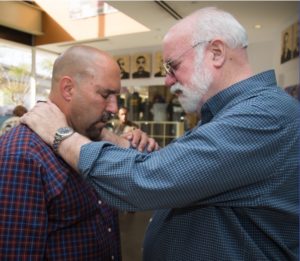 Delia Ross, part of Homeboy Industries shared, “Since coming to Homeboy Industries, I’ve graduated Residential Drug Treatment.” She continued, “[I] obtained housing, become financially independent to support my kids, got a job, and just recently got a car and my driver’s license.”

“I’ve never had this many amazing things happen to me, and it’s all come by letting go and letting God take the wheel. Homeboy Industries has become my place of clarity and safety.”

This year, Conrad Hilton Humanitarian Prize selected Homeboy Industries as the recipient of a $2.5 million honorarium. The group awards it to those that “have made extraordinary contributions toward alleviating human suffering.” Father Greg expressed his gratitude in a post. “With this funding, we will have the ability to expand our programs and develop new ones. Thank you and let’s continue changing the world.” 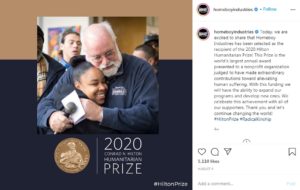