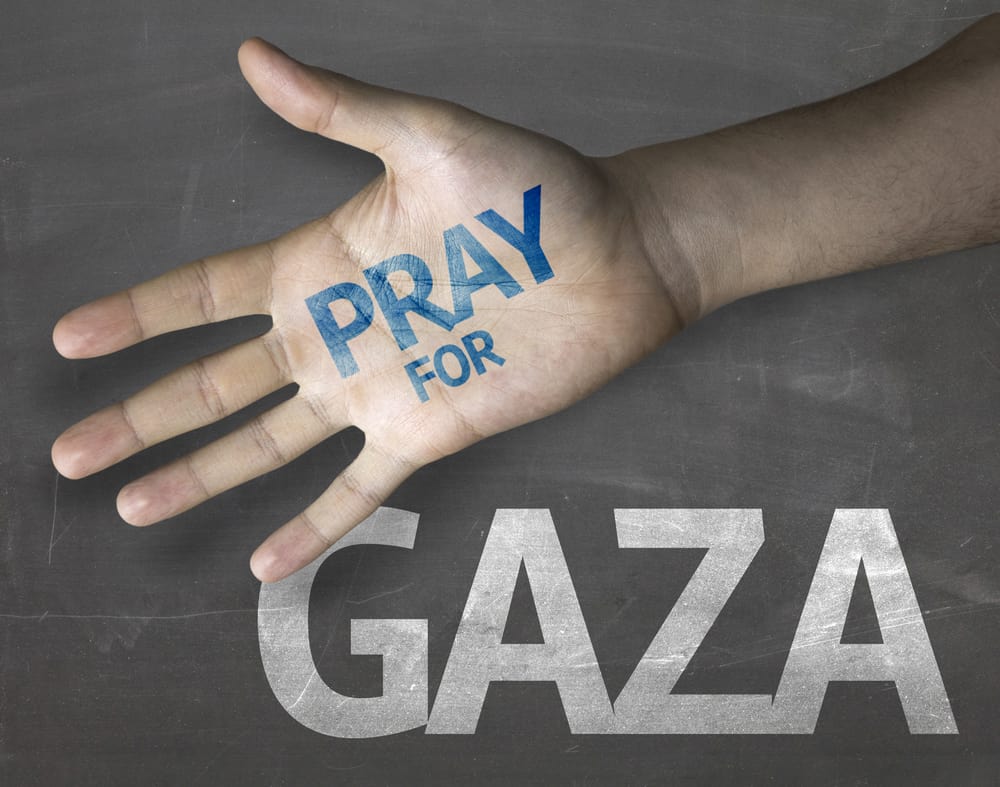 How Should Christians Respond to the Gaza Violence?

Following the euphoria of the US Embassy opening in Jerusalem, Israel faces condemnation over the deaths of 60 Palestinians. The increase in violence on the Israel-Gaza border provoked heated debate in the UK parliament today and was discussed at the UN Security Council. It has also been making headlines in the news media.

The UK Ambassador to the United Nations, Karen Pierce has called for an international inquiry, while stating that the UK remains committed to Israel’s right to defend itself. How should we respond as believers?

While one can only feel compassion for the families of those affected by the loss of their loved ones in Gaza, especially those who have lost children, we must consider what lies behind this violence.

In a CNN news headline ‘Global Reaction to Gaza Violence’ the broadcaster quotes some of the responses from the world’s nations: “China opposes violent action which targets poor people; the UK is saddened by loss of life in Gaza; France condemns the violence of Israeli forces and the African Union condemns the disproportionate use of force.”

Calling Israel and the USA’s stance ‘defiant’, CNN seems to be largely sympathetic to the Palestinian cause, inserting an unrelated report in the middle of Nikki Hailey’s address to the United Nations Security Council. The US Ambassador to the UN is known to be supportive of Israel and she held nothing back…

She insisted that the current violence has nothing to do with the move of the US Embassy to Jerusalem. “The Hamas terrorist organisation has been inciting violence for years,” she said. “The violence comes from those who reject the existence of the State of Israel. Who among us would accept this kind of activity on your border? No one. No country has acted with more restraint than Israel has.”

So, has the reaction of the IDF to Gazans trying to breech the border been disproportionate? It seems the Israelis tried warnings, then tear gas and finally resorted to bullets to protect Israel’s border from being compromised. One wonders why they didn’t use rubber bullets. Perhaps the IDF decided that a real threat needed to be handled with real bullets.

Certainly burning tyres, creating smoke, and throwing pipe bombs and stones are not a peaceful protest but people did not lose their lives for that. The latest reports from The Jerusalem Post says that Hamas operatives opened fire on Israeli forces. That, “a Hamas squad was planning to place an explosive charge on the fence to allow for a mass infiltration into Israel.”

Molotov Cocktails being hurled across the border and drone attacks causing fires on Israeli land have become all too common, not to forget the tunnels Hamas have built to gain access into Israel, seeking its destruction. It’s understandable that the IDF are quick to defend  Israel’s border with Gaza.

Following the Oslo Accords, Israel forcibly removed every last Jewish resident of Gaza in return for peace. We watched as Jewish military personnel used water canons on fellow Jews to get them to leave so the Palestinian People could have the land.

That was the Israeli disengagement from Gaza in 2005, when all Israeli settlements in the strip were dismantled. What did this achieve? 13 years later there is still no peace. Instead, Gaza has done everything it can to destroy Israel. The Israel-Gaza border should never have become this volatile.  The land was given for peace, but Hamas does not want peace. It’s objective is the destruction of Israel and that is a threat Israel has to take seriously.

How should we respond as believers?

While one can only feel compassion for the families of all affected by the loss of their loved ones in Gaza, especially those who have lost children, we must consider the spirit behind this violence. We know we don’t fight against flesh and blood but against spiritual powers working behind the scenes. In this case, a militant, destructive spirit that characterises the Hamas Islamist Movement.

We need to pray for the people of Gaza that they would be released from the oppression they are under by a group that seems to be acting in their best interests yet uses its own people as targets. We pray for peace to come to the region, lest we see more needless killing.

Concluding her address at the UN, Nikki Hailey spoke of her hope for a credible, enduring peace in the Middle East. She also congratulated Israel on its 70th Anniversary. “From humble and desperate beginnings a proud people have realised the Prophet Isaiah’s vision of a being a light to the nations. May the next 70 years be ones of strength, hope and peace.”

Let’s pray that those who oppose the Jewish People will come to see Israel as that light to the nations and may peace come to the border between Israel and Gaza.