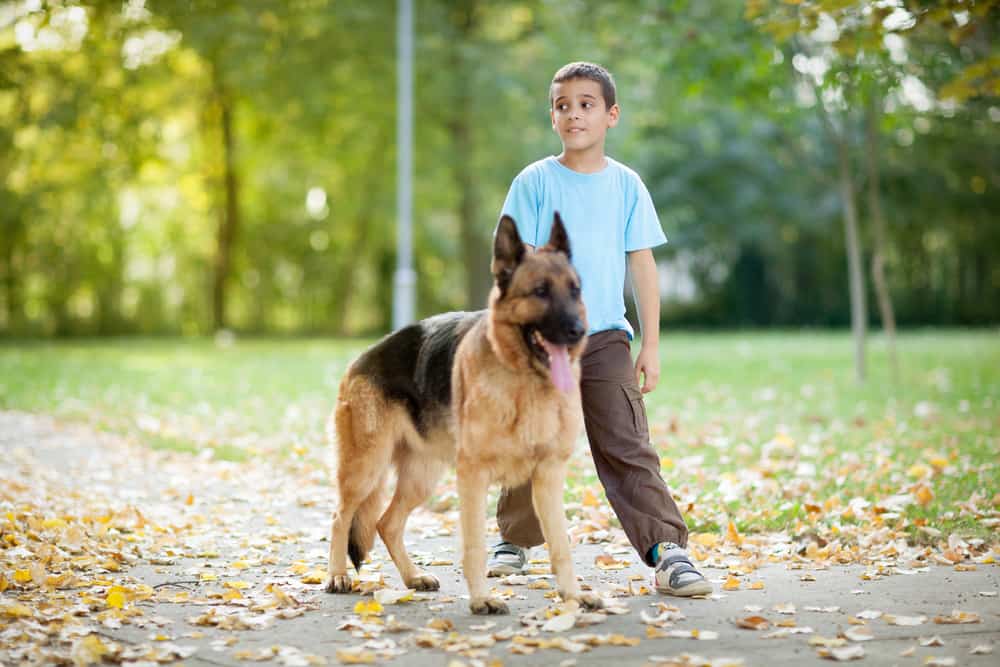 In May of this year, 9-year-old boy, Jalen Manns, was diagnosed with a brain tumor. According to his mother, the tumor caused psychological and sensory problems for him for some time. It was evident that Jalen needed surgery as soon as possible.

For this reason, Jalen’s family created a Facebook page for him. In order to gather a support system across the nation, they shared his story on the page. That’s when a Georgia newspaper picked up Jalen’s story. The word got out fast from there and the community was quickly to rally showing their support for the young boy. However, police officers from Warner Robins Police Department surprised everyone when they provided great emotional and spiritual support, not just financial. 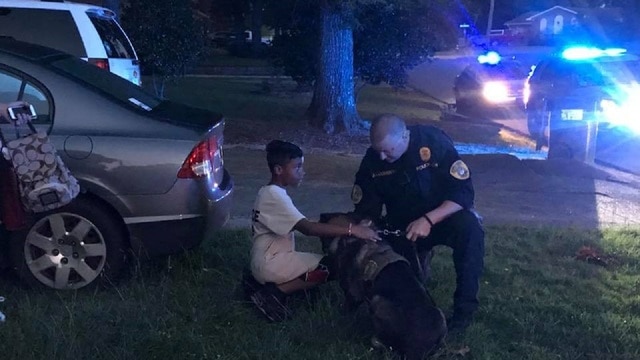 One day, as Jalen was about to leave for his biopsy at Navicent Health, several officers arrived at his doorstep. To their surprise, they didn’t simply escort the family, one police officer sincerely prayed for Jalen along with his family.

The comfort of prayer

When they were outside Jalen’s home, the police officer knelt down and laid his hand on him. This was the viral video posted on the Team Jalen Facebook page. When the officer cried in prayer to God for Jalen’s healing, their family members can also be heard sobbing in the video. 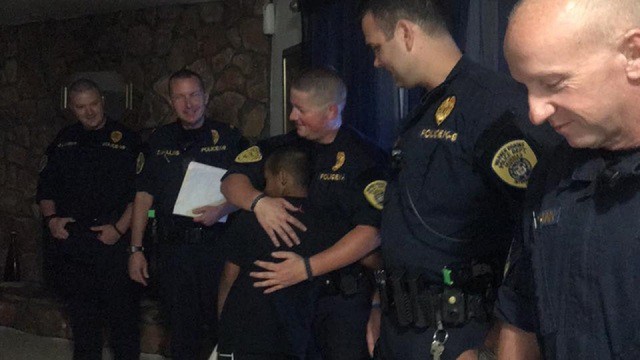 Knowing that Jalen’s favorite dog is a German Shepherd, the officers also brought gifts of t-shirts and stuffed animals, all bearing German Shepherd dog images and designs. The 9-year-old now has a collection of German Shepherds which has been dubbed “Jalen’s guard dogs.” All were donated to the young boy.

This very emotional scene, showing people in real life demonstrating their zeal for God, during this unfavorable circumstance in a person’s life is such a blessing to witness. These police officers from Georgia are truly serving and protecting lives. What they did is just remarkable. To God be the glory for their lives! We need more people like them in this world.

For updates on Jalen, visit the Team Jalen Facebook page.