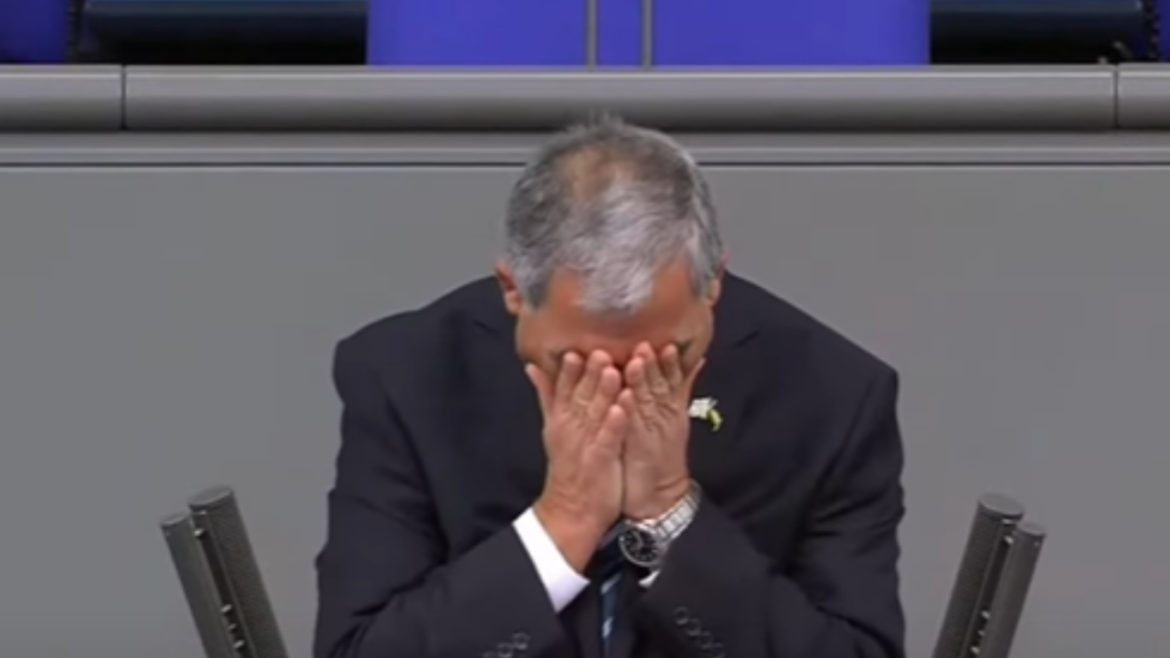 Thursday was International Holocaust Remembrance Day, and to mark this somber day, Israel’s Knesset Speaker Mickey Levy addressed the full German parliament, even breaking down in tears as he recited the Mourner’s Kaddish, a traditional Jewish prayer said for those who are grieving the loss of loved ones. It was the first time in history that a speaker of Israel’s Knesset has spoken to the entire German governing body, and Levy took the opportunity to urge the members to defend democracy and continue to teach future generations about the Holocaust.

Levy recited part of the Kaddish, reading from a prayer book used by a teenager in October 1938 at his bar mitzvah—which turned out to be only a couple of weeks before Kristallnacht, a pogrom instituted by the Nazis terrorizing Germany’s Jewish population, destroying businesses, synagogues—and lives.

“A moment, before the life they were meant to live — shattered in the face of the reality in Germany,” Levy said. At one point in his speech, Levy covered his face with his hands, emotions, and tears overwhelming him momentarily.

Knesset Speaker Levy urged all those in attendance to continue to be on guard, as antisemitism is on the rise yet again.

“Here, in this historic building, the house of the German parliament, one can grasp — if only slightly — the ability of human beings to take advantage of democracy to defeat it. It is a place where humanity stretched the boundaries of evil,” Levy said. “Preserving the memory of the Holocaust is a daunting task. (We must) …sound the grave eternal warning of the Holocaust of the Jews of Europe: Never again!”

“Our country bears a special responsibility — the genocide against the European Jews is a German crime,” Bundestag Speaker Baerbel Bas said. “But at the same time, it is a past that is everyone’s business — not just Germans, not just Jews.”

Holocaust survivor, 87-year-old Inge Auerbacher, who has lived in New York for the last 75 years, also addressed the German parliament. “I still remember well the terrible time of horror and hatred. Unfortunately, this cancer has reawakened, and hatred of Jews is commonplace again in many countries in the world, including Germany. This sickness must be healed as quickly as possible. Antisemitism is here — it isn’t just on the extreme fringe, not just among the eternally incorrigible and a few antisemitic trolls on the net. It is a problem of our society — all of society.”

For instance, this week, the World Zionist Organization and the Jewish Agency released their annual report on antisemitism, confirming that 2021 was the worst year for attacks against Jewish people in a decade, with an average of at least 10 incidents a day.

And it turns out that dozens of versions of the “Elders of Zion” are now being sold online at Walmart, Barnes, and Nobles (though B & N pulled it after pressure from social media), Thrift Books, and other well-known online booksellers. This antisemitic fabrication of a book about a Jewish plan for global dominance was originally published in Russia and was used to stir up hatred against Jews. In the early 1900s, it was taken seriously by Russians—and Americans, most notably, auto industry tycoon Henry Ford.

“The Protocols of the Meetings of the Learned Elders of Zion” is probably the most famous antisemitic conspiracy theory ever invented…and one that evidently continues to cause havoc today. The terrorist at the Texas synagogue a couple of weeks ago may not have read it, but he evidently believed that “the Jews” were “powerful” enough to free his terrorist “sister.”

In America, the messaging around the day of remembrance was mixed. While US President Joe Biden issued a statement warning against a “resurgence of antisemitism,” saying “hate doesn’t go away; it only hides,” an official from the White House announced that the US and Iran were “in the ballpark” of reaching a new deal regarding Iran’s nuclear program, although the spokesman cautioned negotiations could collapse soon as well.

In his Remembrance Day remarks, Israel Prime Minister Naftali Bennett had sharp words to say about the possibility of a nuclear deal with Tehran.

“When we hear the Iranian regime’s daily calls to annihilate the State of Israel, as we speak, they continue talking about murdering and destroying the State of Israel, the Jewish state, and when we see their rapid progression towards nuclear weapons, indifference is silent acceptance. A country who talks about annihilating the Jewish state should not be a legitimate partner for anything.”

“Those who continue to try to attack Jews, to murder Jews, must know the Jew is no longer a punching bag. We swing back, and we swing back hard,” Bennett said. 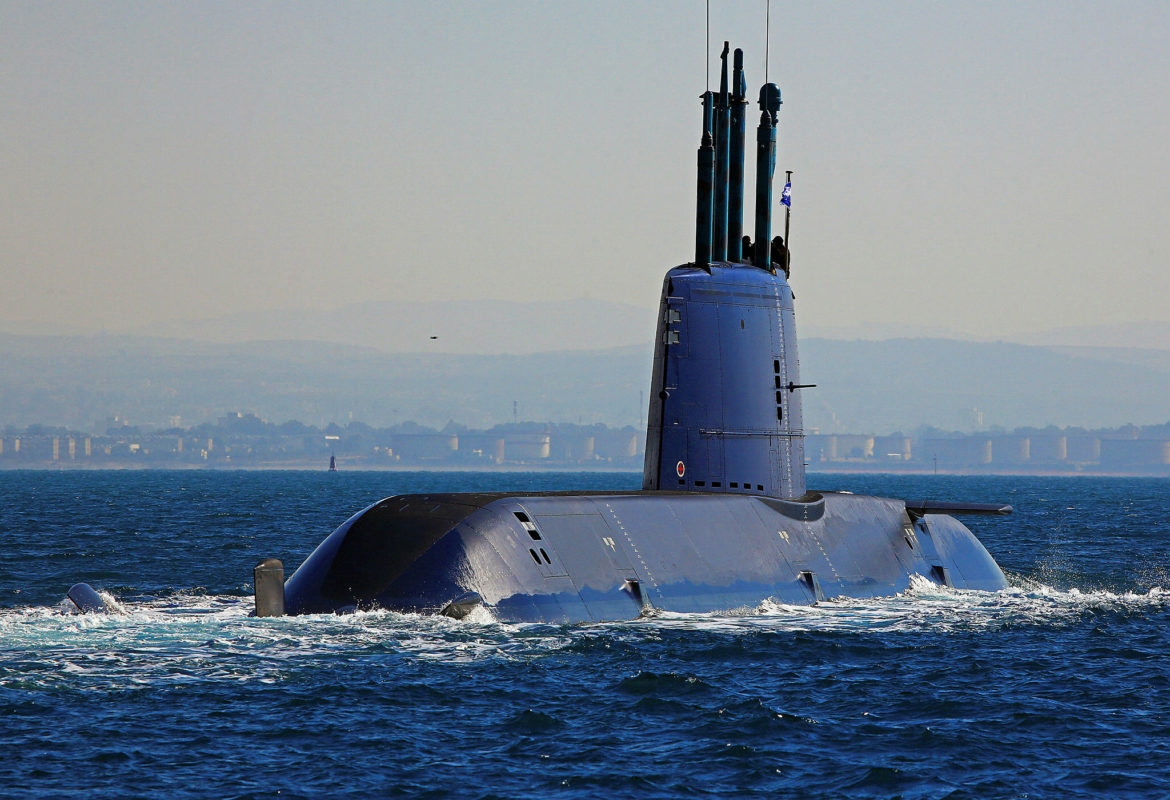 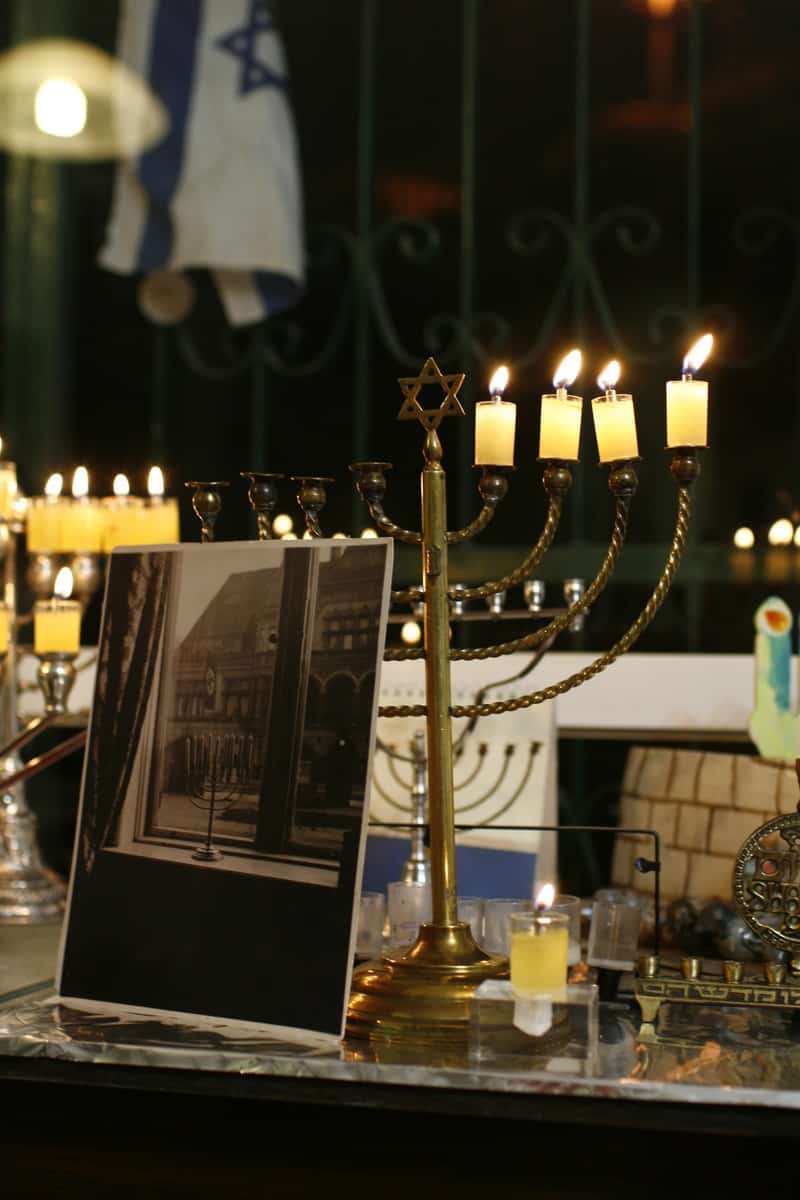 ‘Unimaginable’ or German Reality? The Halle Synagogue Attack – One Month On