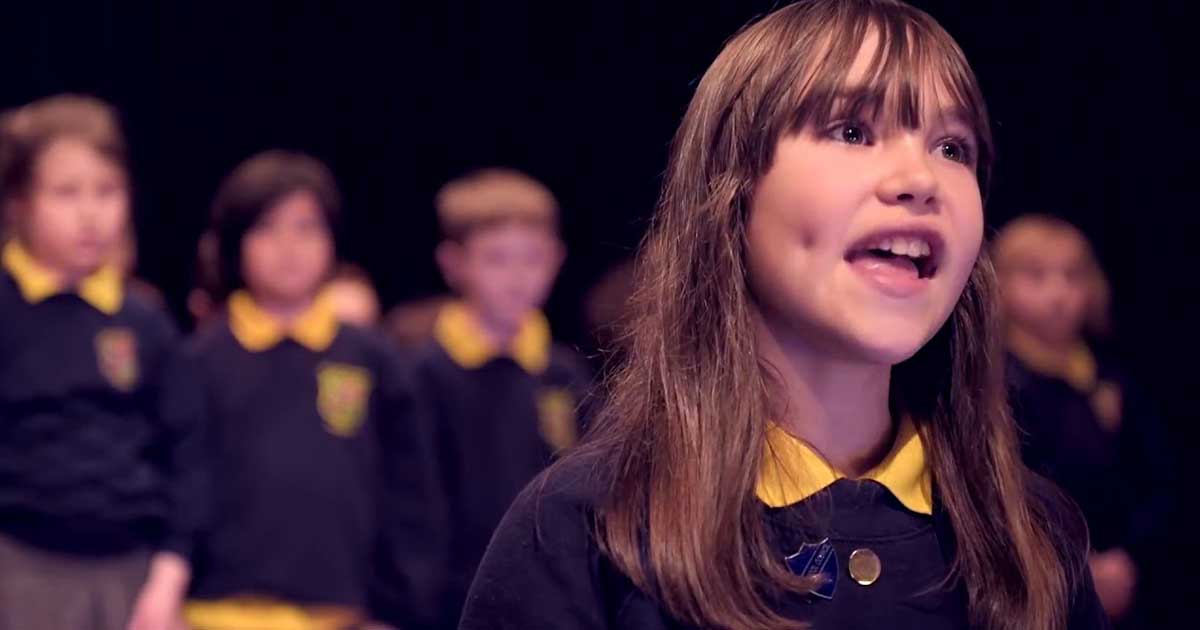 “Children are a heritage from the Lord, offspring a reward from Him. Like arrows in the hands of a warrior are children born in one’s youth. Blessed is the man whose quiver is full of them. They will not be put to shame when they contend with their opponents in court.” (Psalm 127:3-5)

Kaylee Rodgers, a 10-year-old girl who attends Killard House Special School in Northern Ireland, has stunned the online world with a beautiful rendition of “Hallelujah”. A cover version of the original Leonard Cohen classic, it features revised lyrics sharing the real meaning of Christmas and all Jesus accomplished for us.

“Kaylee always loved singing, but it wasn’t until she started at Killard House School that she really came into her own,” says Tracy, her mother.

This video of Kaylee has gone viral

People are quite surprised at how well she performs despite her setbacks. I’m quite surprised by how she presents herself and leads her school choir in such wonderful rendition of the song which has now been seen by over 8 million people. I cannot imagine the challenges she’s overcome, and admire her tenacity and determination to never quit.

According to the National Autistic Society of the UK “Autism is a lifelong, developmental disability that affects how a person communicates with and relates to other people, and how they experience the world around them.” That can be such a difficult thing to live with, but kids like Kaylee never fail to amaze those around them.

I believe that Kaylee wouldn’t be who she is right now without the people who encourage and support her along the way. I’ve heard a lot of stories and struggles about autism and know that it isn’t easy. That’s why I have so much respect for people like Kaylee who don’t allow their circumstances to define them, and still choose to be grateful.