BREAKING
Catch a Ride on a Shared Scooter—“Micro-mobility” Coming to Tel Aviv Next...
Israel Military to Conduct First-ever Simulated Strike on Iran
‘Injury to the Heart of Iran’: Details on the Life and Death...
STAND WITH UKRAINE
Home Tags Posts tagged with "Give Hope"
Tag: 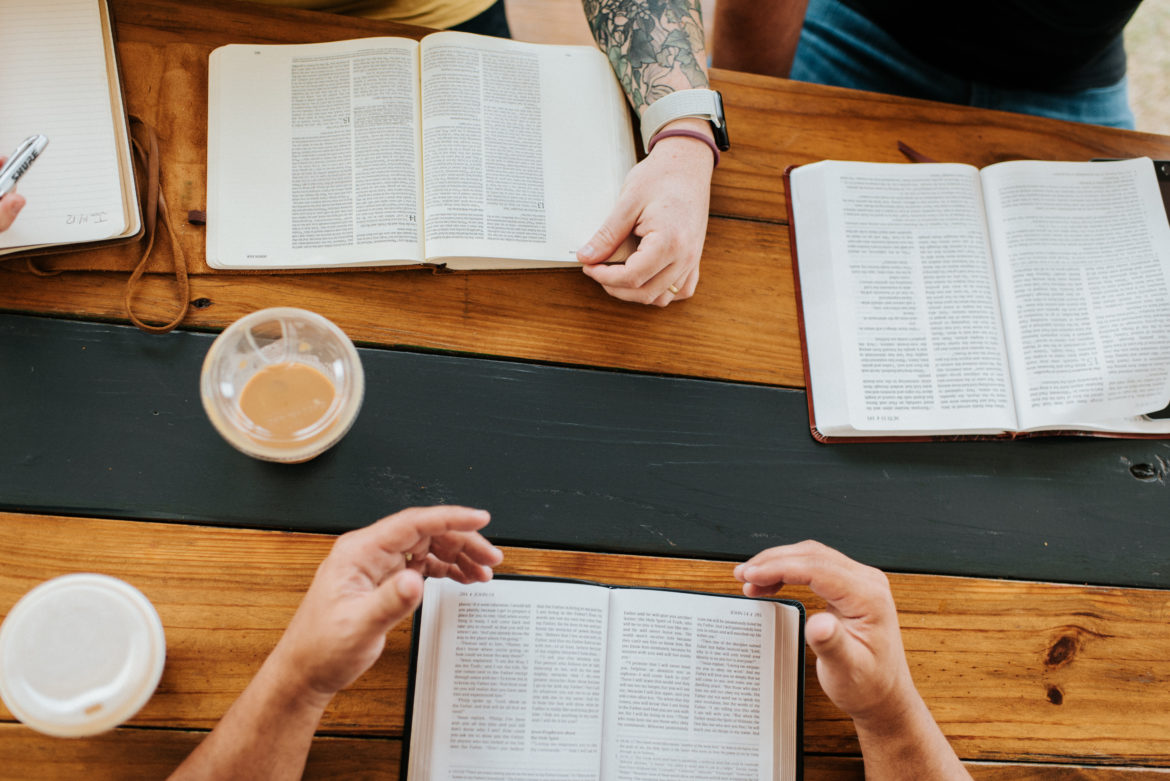 3 Powerful Verses That Will Give You Hope

It today’s world there are so many situations and circumstances that can steal our hope, but we don’t have to live that way. The Word of God is full of hope-filled scriptures that can give you hope regardless of any circumstance.

Matthew 28:19-20 contains some of Jesus’ last words on the earth. These famous verses are what we now call the Great Commission, but did you notice? The last portion includes a promise that will surely give you hope, “Therefore go and make disciples of all nations, baptizing them in the name of the Father and of the Son and of the Holy Spirit, and teaching them to obey everything I have commanded you. And surely I am with you always, to the very end of the age.”

That’s right! Jesus promises to be “with you always”. That means that there isn’t one situation or circumstance, valley or mountain top, biggest loss or greatest win where Jesus hasn’t been with you. You are not alone. Choose to stand on the promise that He is with you always!

Jeremiah 33:3 is another promise in the Word of God that can surely give you hope. In this verse God promises Jeremiah, “Call to me and I will answer you and tell you great and unsearchable things you do not know.” Here Jeremiah is instructed to call out to God and God promises to answer in return.

Do you ever feel alone? Maybe you don’t feel like you have anyone you can talk to about things going on in your life. Well, the truth is God is always available to you AND He promises to answer.  You might feel like God doesn’t speak to you, but I would like to propose that maybe He is speaking and it’s simply of you recognizing His voice? He can speak through the Word of God, the inner audible voice, through an external picture or sound. God can speak through knowing, sensing, feelings, and even pictures we see in our minds eye.

Let God’s promise to Jeremiah give you hope today, knowing that when you call out to God, He will answer you!

John 11:35 is the shortest verse in the Bible and it says, “Jesus wept.” This simple verse is so powerful because it reveals Jesus’ ability to relate to humanity – He felt emotions.

If having emotions was something Jesus had, doesn’t it give you hope – and permission – to feel emotions too? It should! Jesus came to earth to show us how to live the abundant life and having emotions is part of the way we are wired. Give yourself permission to feel, as Jesus did, by letting yourself feel your emotions. 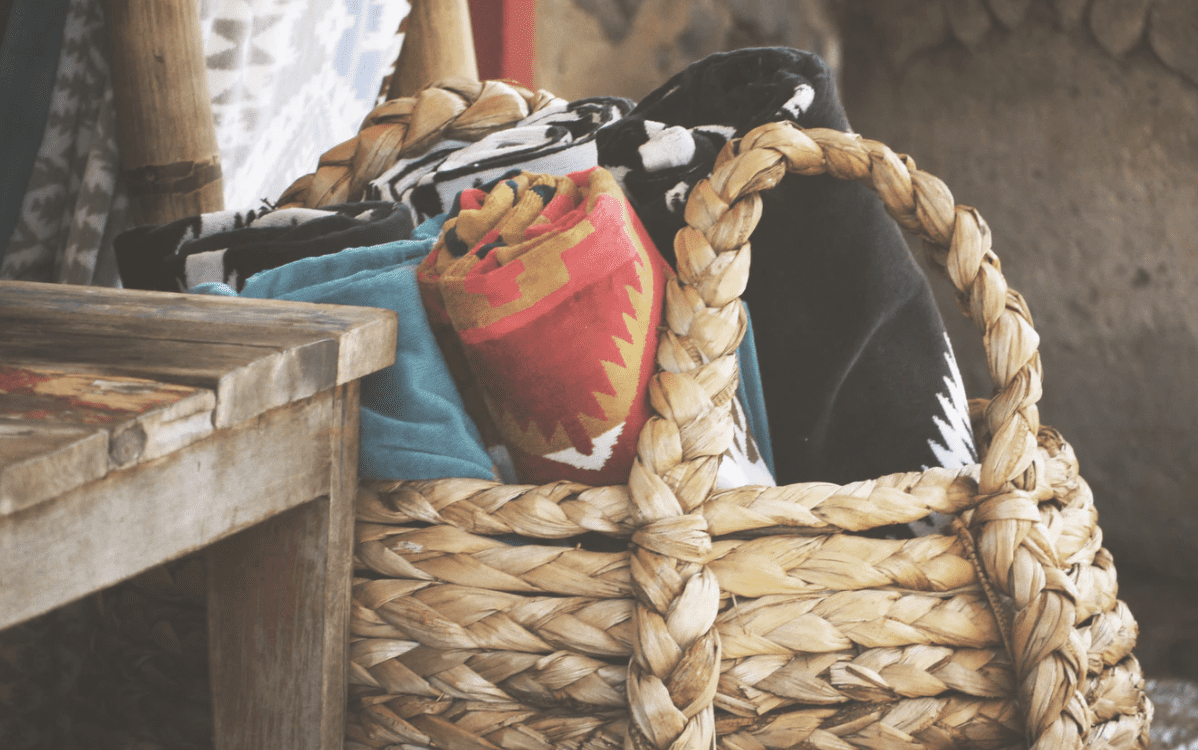 In the little town of  Waverly, Iowa at the tiny church of First Baptist, members have joined together to make blankets for the local hospital. Ashley Shipp, the coordinator, began Blanket Blessings Waverly after losing her mother last summer.

“My mom received a crocheted blanket and I received a prayer shawl. I was amazed someone would spend all that time making them and then donate them to someone they didn’t know,” Shipp said.

That following Christmas, after finding her mothers crochet book and materials, Shipp taught herself to crochet. She found that she loved it and began looking for an organization that she could help.

“I found the Waverly Hospital needed blankets. They give them to babies that are born there, children who have surgery, and anyone who would benefit from one.” After speaking with the volunteer coordinator at the hospital, where they have a huge need for blankets right now, Shipp decided she would put a group together to make blankets. Her motivation was her mother.

She spoke with the outreach at her church, First Baptist Church, and was able to get the word out. Soon donations for and of materials were coming in. The group is made up of 10-15 ladies. Shipp says the group is open to anyone who wants to help. She says that “all skill levels are welcome and if you want to learn, we’ll teach you.”  Her hope is that people in the group will invite someone they know who maybe are not saved and could use that kind of fellowship. Even if they don’t go to church, she hopes to build those relationships and make them want to come to church.

If you don’t feel that you are very crafty you can certainly donate materials like yarn and fabrics. The group could also use financial support to purchase fleece and batting. If you’d like to help out by donating or you’re for more information, you can contact Ashley Shipp at the email [email protected] or you can contact the church.

Since June, Blanket Blessings Waverly has donated 80 blankets to the local hospital, and 3 quilts to Cedar Valley Friends of the Family. Shipp said that knowing someone cares about you could be a comfort and help you get through the hard times, and make something that is traumatic slightly less traumatic.

“God has totally provided every step of the way,” Shipp said, “I don’t know what the future holds. I never envisioned that God would take me finding my moms crochet book and turn it into a ministry through church and the hospital.” 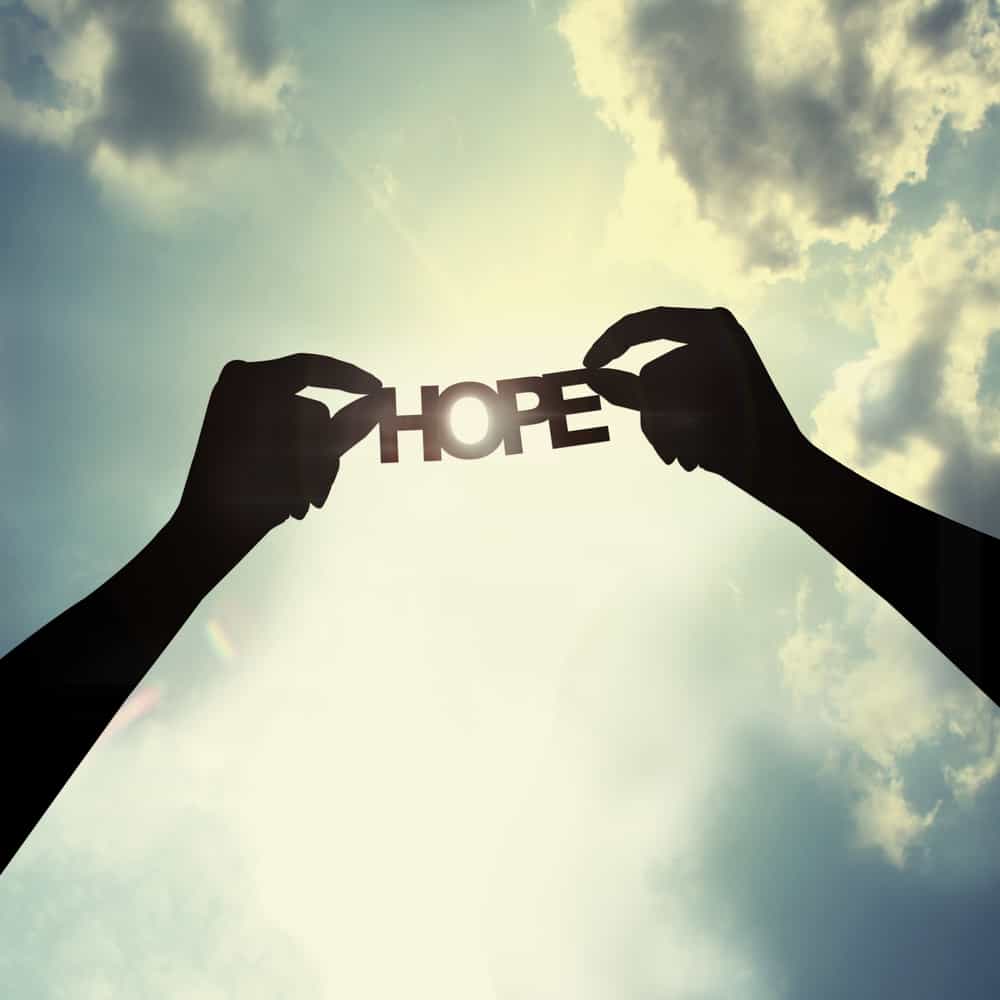 You Step… He Steps… Hope Has A Name 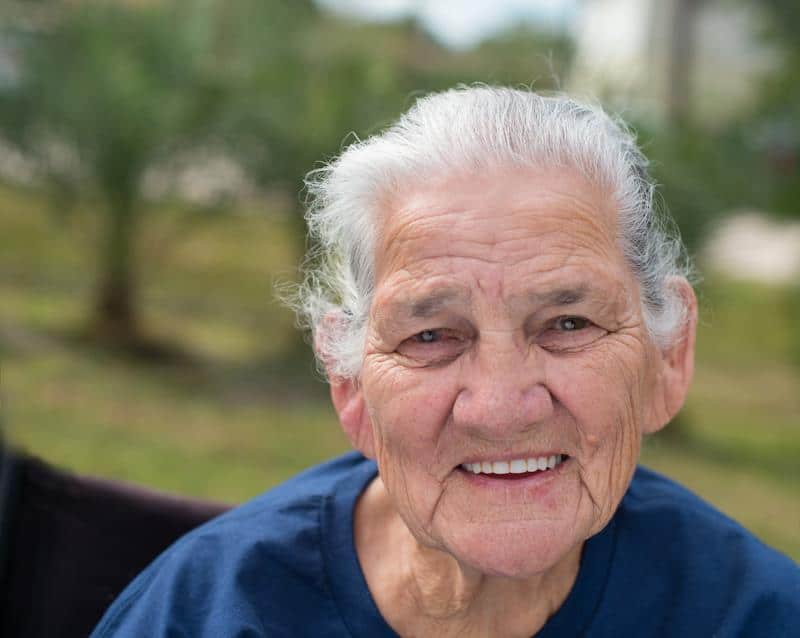 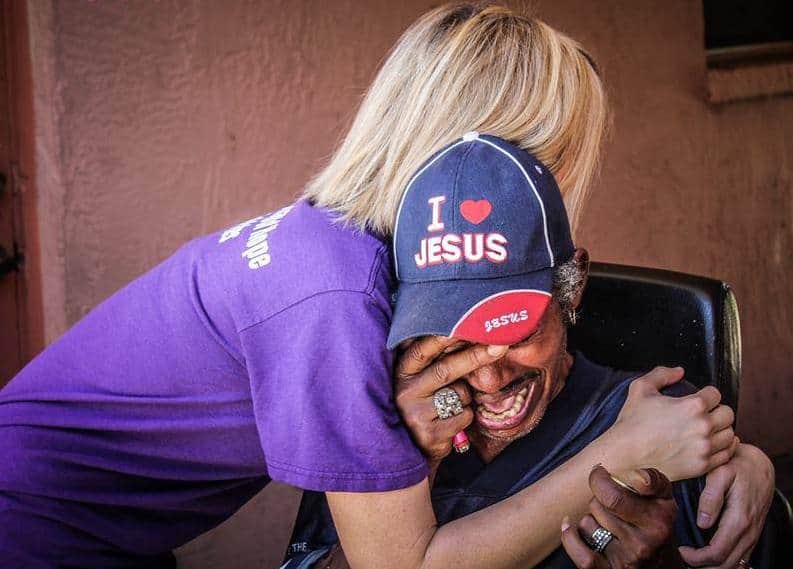 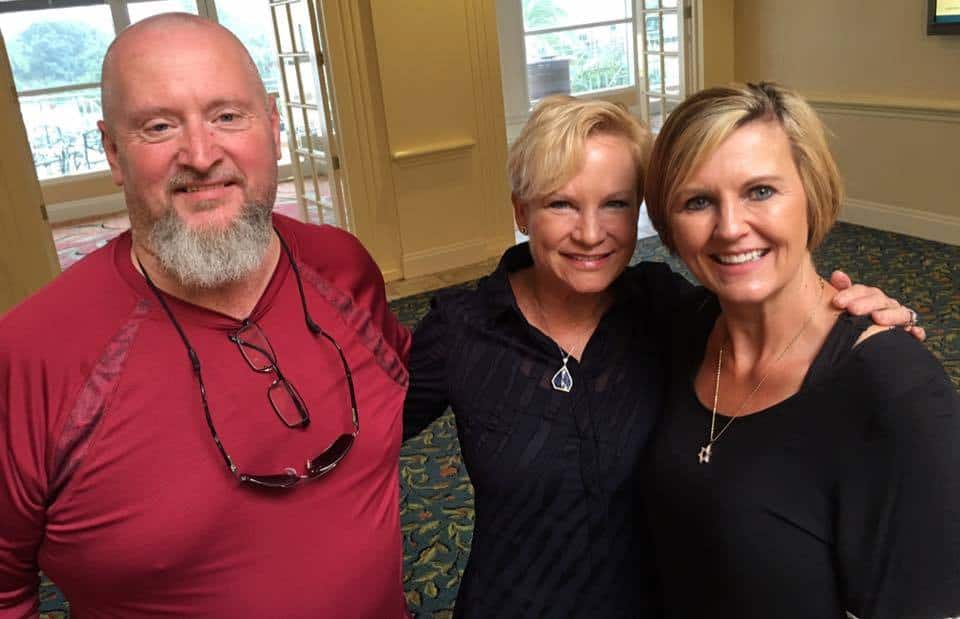 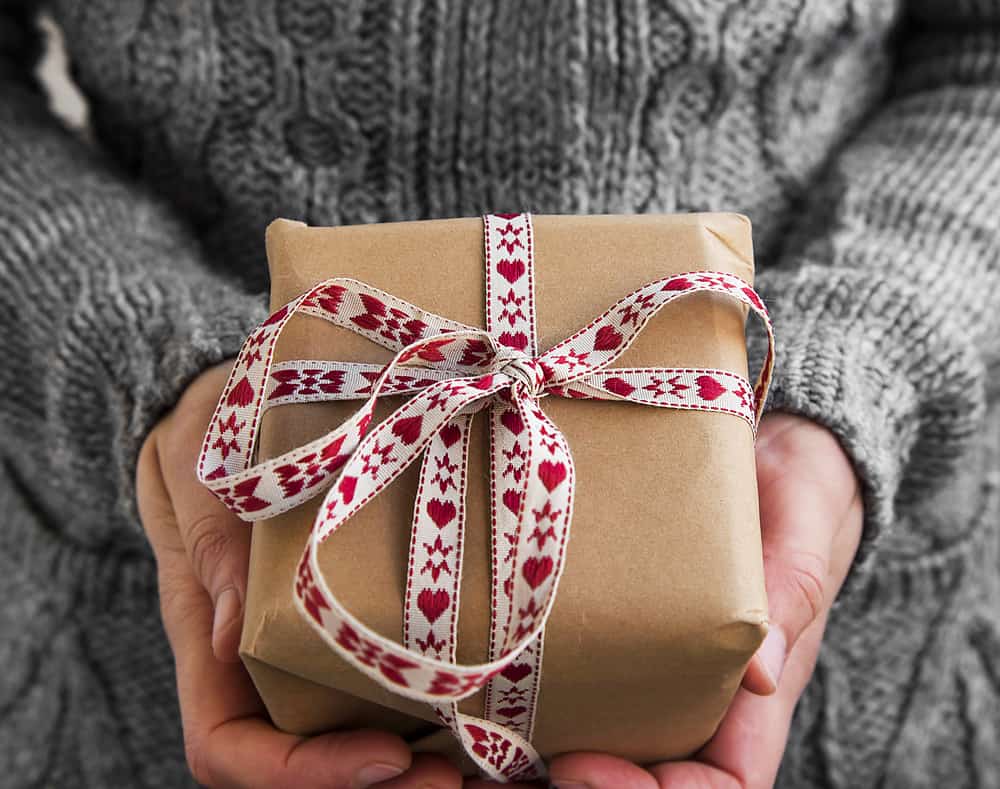 Be Hope To Someone This Christmas

Contrary to what we would like to believe, not everyone likes Christmas. It’s not that some people don’t like the elements of the holiday – the gifts, the cookies, the music. The deepest intricate meaning of Christmas is HOPE. Unfortunately, a lot of people are just plum out of hope.

Enter “bah humbug” feelings. It’s easy to shrug off and ignore those who are not enjoying the wonder of the season like you. Think of the movie, Elf – there are those of us (clearing throat….) who truly LOVE Christmas and would sing at the top of our lungs in the subway (if we lived near one… and smile till our face hurts. I want to be very sensitive though, to those who simply are… sad.

I want to live out what I think HOPE looks like. It’s easy to talk, give someone a speech, or a glib cliché. But, what mankind needs most this Christmas season is to SEE what HOPE looks like.

I believe HOPE should look a lot like LOVE 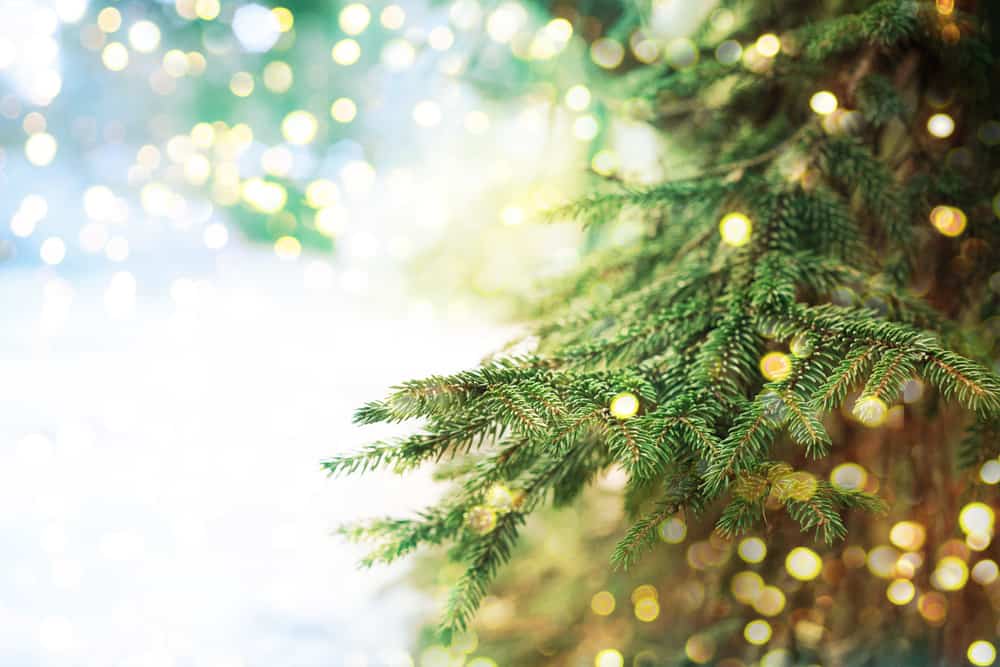 If you get a hug (after years of NOT getting one) – that is HOPE.

If someone asks you your name after so many years (and you really have to stop and think what it is) – that is HOPE.

If a stranger offers you a large cup of peppermint hot chocolate (for no reason) – that is HOPE.

If  you wonder how you are going to buy your child a present (and someone who picked their name off an Angel tree gets that child EXACTLY what they wanted) – that is HOPE.

If you are lying alone in the dark, in a nursing home (and a stranger appears at your door to sing a song you have long forgotten) – that is HOPE.

What can we each do to live out the true message of Christmas? That light has shone in the darkness, that music has silenced the fear, that love has given us all a reason to get up and try one more time.